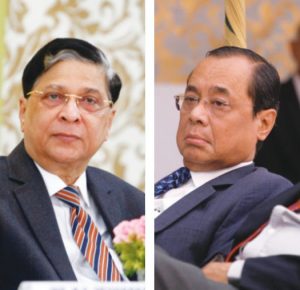 With Chief Justice Dipak Misra’s retirement in October fast approaching, the Modi government, which has been drawing criticism from the Opposition and even senior judges of the apex court for meddling in the affairs of the higher judiciary, has begun brainstorming on the next Chief Justice of India (CJI).

Traditionally, the outgoing CJI recommends the name of his successor, based on seniority among his seniormost judges, to the centre. By this convention, the next CJI should be Justice Ranjan Gogoi (left). However, Justice Gogoi’s participation in the unprecedented press conference held at Justice Jasti Chelameswar’s residence earlier this year has cast doubts on whether the incumbent will go by convention to name his successor this time.

The political grapevine in New Delhi is abuzz with rumours that a top BJP leader, a senior cabinet minister and two bureaucrats from upper echelons have been roped in to open backchannel discussions with Justice Gogoi on the succession issue. The centre wants a smooth transition in the Supreme Court but also wants to be reassured that the next CJI would not be “antagonistic” towards it. 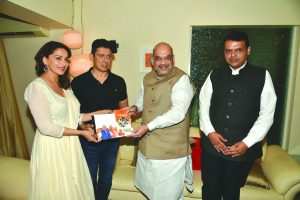 As part of the BJP’s newly launched “Sampark for Samarthan” campaign, spearheaded by party president Amit Shah, he has been meeting a host of VIPs/celebrities, from Ratan Tata to Madhuri Dixit, Kapil Dev and former army chief Dalbir Singh Suhag and even Baba Ramdev which is like preaching to the converted but there is a side story there (see “The Yogi versus the Guru”). The meeting lasts five minutes during which he hands over a pamphlet listing the NDA’s achievements over the last four years, exchanges some pleasantries and asks the individuals and their families for their support. He has assigned himself 50 such celebrities/VIPs and being Amit Shah no one is likely to refuse but there is one problem. All ministers, MPs and party officials have been asked to make a list of 25 such “influencers” and meet them personally. The problem is that most MPs and office-bearers are finding it difficult to meet the quota, more so since many big shots are abroad on holiday to escape the Indian summer. Sadly, the one man in the cabinet who has the widest possible contacts among VIPs and celebrities is Arun Jaitley, who is laid up in bed for the next six weeks at least.

Former Central Information Commissioner Shailesh Gandhi has raised a red flag over attempts by the Department of Personnel and Training (DoPT) to make changes to the Right to Information (RTI) Act. Recently, the DoPT had announced that an amendment to the RTI Act is under consideration. This has got activists all over the country up in arms. Gandhi has now, ironically, filed an RTI application seeking the details of the proposed amendments that are under consideration, and demanded the copy of the record giving details of the pre-legislative consultation. In its reply, the DoPT said that the matter regarding the amendment of the RTI Act (2005) “is under consideration and has not reached finality”. Gandhi is apprehensive that the DoPT wants to undertake the amendment without any pre-legislative consultation. Section 4(1) (c) of the RTI Act mandates that the government “publish all relevant facts while formulating important policies or announcing the decisions which affect the public”. Diluting the RTI Act would make the government’s workings far more opaque.

The Yogi versus the Guru 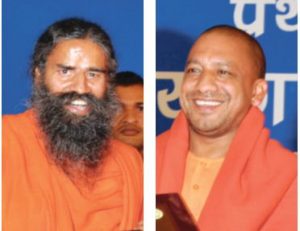 The announcement by Yoga guru Baba Ramdev that he was pulling out his ambitious Patanjali food park project from Uttar Pradesh has exposed a deep rift between the two saffron robed power hitters, Ramdev and UP chief minister Yogi Adityanath.

Patanjali is 95 percent owned by its CEO Acharya Balkrishna who said that the company hadn’t been able to complete the formalities needed to qualify for the centre’s food park scheme because the Uttar Pradesh government had been dragging its feet on the paperwork. “We did not get any cooperation from the state government for this project. We have waited for a long time for clearances but could not get from the state government. Now we have decided to shift the project,” he said.

The privately held company had applied a year ago, when such clearances normally take a maximum of three months. Patanjali food products are well established in the market and through the retail chain, so the lack of clearance is clearly to do with personal enmity. The Yogi and the Guru see themselves as rivals, both being close to Prime Minister Narendra Modi. The project is estimated to involve Rs 6,000 crore and create 10,000 jobs. For a state government to sit on such a proposal for so long in fact suggests an ulterior motive.

To avoid embarrassment, frantic last-minute interventions are underway to salvage the project. 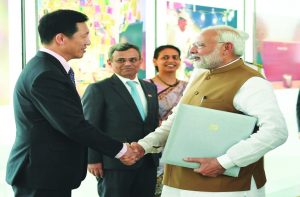 Prime Minister Narendra Modi faced some embarrassment during his recent trip to Singapore. He was invited to speak before a live audience on Asia and its future. The moderator asked him a question on the issue and Modi responded in Hindi, going on to speak for almost 3 minutes. When it was the turn of the translator, she spoke for well over 4 minutes, reading out from a paper handed over to her by the PM’s PR team. It then dawned on the audience that the entire exchange had been scripted and the translator, not being Indian, had followed the script, adding much more than Modi had said. Maybe he had decided not to add or forgotten to add the extra bits which contained facts and figures. Either way, it was a script that got lost in translation, or gained. 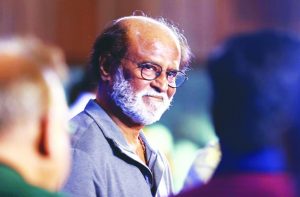 The BJP is clearly worried about its performance in the 2019 elections in the southern part of the country. Karnataka was a warning and the fierce attacks on the central government by former ally Chandrababu Naidu, is another negative. Amit Shah has been trying to woo YSR Congress chief Jagmohan Reddy but it is Rajinikant that the BJP is trying to convince to align with them.

Last week, Rajinikant was flown down to Delhi in a private aircraft, where a limousine picked him up from the tarmac and drove him straight to 7, Race Course Road where the Prime Minister was waiting. The duo had lunch together with an interlocutor, Krishnamurthi, a close friend of the Tamil superstar and a BJP supporter. Modi’s pitch was basically that Rajinikanth would be better off aligning with a national party than going on his own. The star listened but made no commitment.

Generally, the job of the Chief Economic Adviser (CEA) to the Government of India is like diving into the deep end, considering the perennial economic challenges, from jobs to dwindling foreign investment, farmer’s woes, erratic monsoon and rising prices. The current CEA, Arvind Subramanian, may be low profile but he is quite used to the deep end—literally! He is a fitness freak and can be seen every morning at the India Habitat Centre’s health club, Litezone, in the swimming pool where he spends almost an hour. Not many have seen the CEA in a pair of swimming trunks but those who do can testify to how fit he keeps himself. After all, his job is to do with figures.