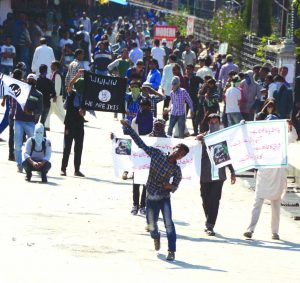 Opposition leaders have been handed an Eid gift in the form of the BJP’s decision to impose Governor’s Rule and break with Mehbooba Mufti’s party. The criticisms have been harsh and largely merited, but one particular recording on YouTube that is being gleefully circulated has left the Narendra Modi government red-faced. It features BJP President Amit Shah giving his maiden speech in the Rajya Sabha last February where he is heard claiming: “Kashmir has never been so safe in the last 35 years. We handled the Kashmir issue very well.”

Even Modi’s most ardent devotees must be embarrassed by Shah’s sanguine description of the state of Kashmir. Militancy and stone pelting has hit new highs and the Ramzan “ceasefire” alone saw terrorists kill over 40 Indian soldiers and civilians, including well-known editor Shujaat Bukhari.

Over a lakh people have been displaced from the border areas in Jammu, Samba and Kathua.

No wonder then that the video featuring Shah’s description of the situation has handed Opposition leaders the perfect weapon to attack the centre with. 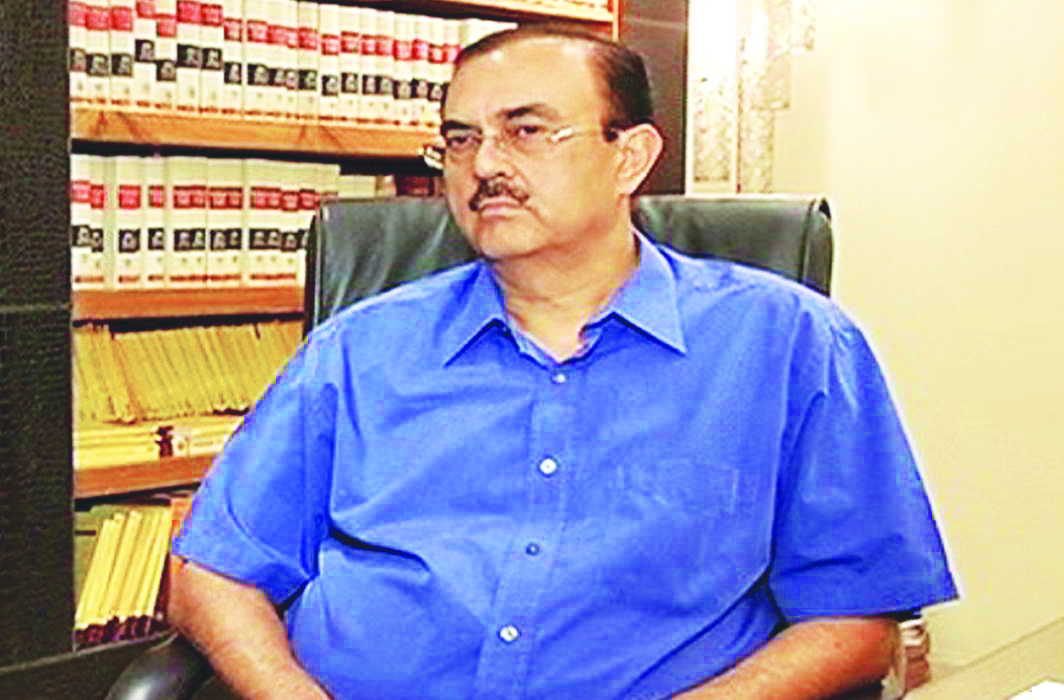 One would imagine that any candidate who hires the Siri Fort Auditorium and invites guests for free for a concert by Bollywood singer-composer Adnan Sami, must be standing for some truly high and prestigious office. Not so.

The concert was organised by Vikas Singh, Supreme Court lawyer (right) and he is standing for president of the Delhi and District Cricket Association (DDCA), and not the more prestigious Supreme Court Bar Association where he has served earlier.

What makes the DDCA president such a coveted office (Arun Jaitley held the post for many years) is unfathomable, apart from some social prestige and ability to disburse free tickets for IPL and other international matches at the Feroz Shah Kotla stadium. Merely hiring the Siri Fort Auditorium for a cultural performance costs Rs 2 lakh apart from the fee that Sami charges, which would be more than double that figure.

Other candidates for the post are also spending big—India TV’s Rajat Sharma hosted a dinner for DDCA members at the Roshanara Club and promised them “a bigger bash” at a five star hotel. In comparison, another candidate, former cricketer Madan Lal’s tea party stood little chance, but with so much money being spent on them, no one is complaining. 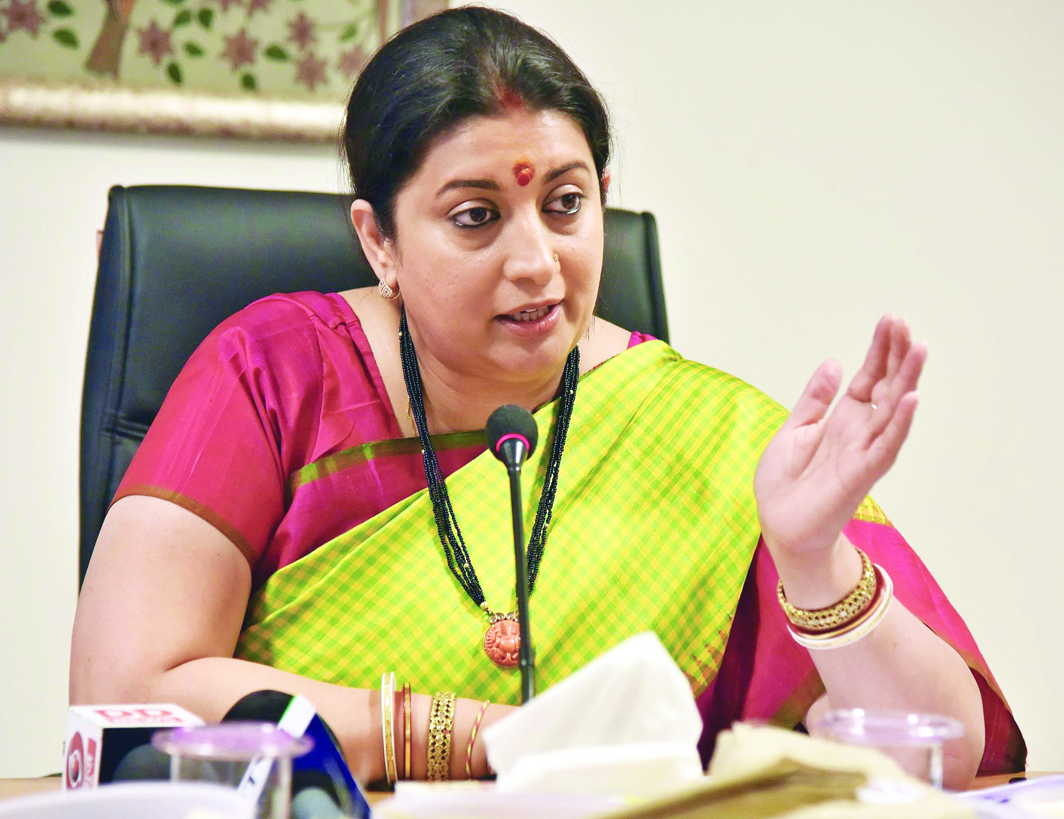 She may have faced a political demotion when she was removed as minister for information and broadcasting and is now in charge of the textile ministry, but that has not affected her haughty demeanour and penchant for name dropping.

Recently, a BJP politician who has been an MP for many years, a minister under AB Vajpayee and authored books, visited her and was reeling off the educational degrees he has amassed, when Irani rudely interrupted him, and demanded to know whether he was trying to intimidate her and even accused him of threatening her. She, in turn, threatened him, saying she would speak to the prime minister about him.

Whether she did or not was not known, but the politician beat a hasty retreat. 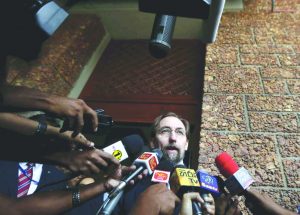 The latest report by the UN Human Rights Commission on Kashmir, which has been slammed by the government, is of 49 pages, but brazenly one-sided critique of “abuse and violations of human rights” in J&K by the Indian forces. This is the first time since the United Nations began debating Kashmir that India has been so harshly condemned and Pakistan spared any comments on its role in fomenting militancy in the Valley.

Government sources point the finger at the High Commissioner for Human Rights, Zeid Ra’ad Al Hussein, who authored the report. He is the first Muslim to hold the post and has, they say, a pro-Pakistan bias. The report is seen as reflecting his personal views rather than the UNHRC as a body. He is a Jordanian and was also behind a resolution on Israel which was voted on in the UN General Assembly and had no mention of Hamas.

According to the official sources, the Indian government believes he puts India and Israel on par without any consultation with aides or fellow members of the UN Human Rights body. 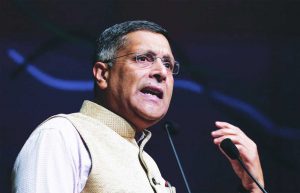 The sudden resignation of Chief Economic Adviser Arvind Subramanian caught people by surprise. He will return to academia in the USA but not to the Peterson Institute for International Economics in Washington where he is a Senior Fellow. He is heading for Boston where his son lives. Arvind and his wife Parul will settle there and he will join Harvard, while helping babysit their latest grandson, expected to be born in September. He has two other sons, also US based. He reveals that he will give one final exit interview to NDTV‘s Prannoy Roy where we can expect to hear if there were reasons, other than personal, for his resignation. 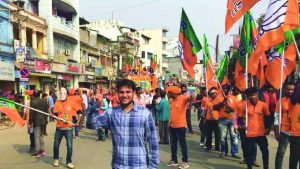 A close aide of the BJP’s national general secretary and trouble shooter Ram Madhav, has caused the party huge embarrassment in the run up to the 2019 polls. Shivam Shankar Singh, who worked closely with Madhav in the BJP’s election campaign in the North-east, has quit the party, giving the reasons, and they include: “Speak against the government and you’re anti-national and more recently, anti-Hindu. Legitimate criticism of the government is shut up with this labelling. Prove your nationalism, sing Vande Mataram everywhere (even though BJP leaders don’t know the words themselves, they’ll force you to sing it!). I’m a proud nationalist and my nationalism won’t allow me to let anyone force me to showcase it. I will sing the national anthem and national song with pride when the occasion calls for it, or when I feel like it, but I won’t let anyone force me to sing it based on their whims.” He also said, damningly, that the message of development is gone. The BJP’s strategy for the next election is polarisation and inciting pseudo-nationalism. “It isn’t the stuff I want to be hearing from my leaders and I refuse to follow anyone who is willing to let the nation burn in riots for political gain…This isn’t something I signed up for and it totally isn’t something I can support. That is why I am resigning from the BJP.”

For BJP President Amit Shah’s latest campaign, “Sampark for Samarthan”, he has ordered party leaders, ministers, MPs and state chief ministers to follow his example of meeting 50 “influencers” and asking them to vote for the party in 2019, along with some slickly produced publicity material. Most of them are doing so, but not in the way he expected. Many are meeting people they know, party colleagues or those who are already their supporters, and spending the first minute or so complaining bitterly about the party, since many of the promises in the BJP manifesto and after have not been fulfilled. Only then do they hand over the PR material and mumble some banality before sheepishly moving on.