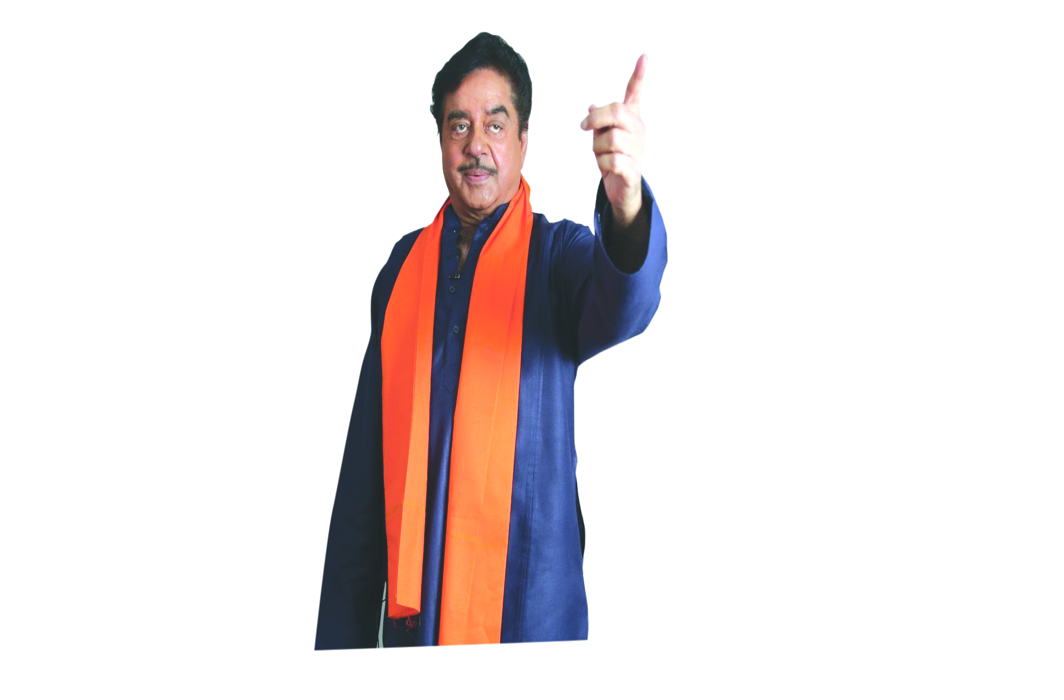 While former Union minister and “margdarshak” Yashwant Sinha has already quit the saffron party, the buzz is that his acolyte and Patna Sahib MP, Shatrughan Sinha, may do the same soon. The actor-turned-politician has been vocal about his grievances against the leadership of the Modi-Shah duo for several months. It was earlier believed that Shotgun wanted the party to fire him instead of him parting ways. However, Amit Shah is in no mood to make a martyr of Shotgun by sacking him. Narendra Modi and Shah would rather prefer denying the “Bihari Babu” a ticket from Patna in the 2019 general election and Shatrughan knows that.

Rumour has it that Arvind Kejriwal’s Aam Aadmi Party (AAP) is in talks with the two-term Patna MP and wants him to contest the Lok Sabha polls from either the West Delhi or North East Delhi constituencies which have a sizeable Purvanchali population. Shatrughan shares a good rapport with AAP MP Sanjay Singh and the two have been regular attendees at conferences of Yashwant Sinha’s “non-political” Rashtra Manch. Whether Shotgun will actually bid adieu to the Patna Lok Sabha seat is still unclear. A close aide of the actor says a more likely possibility is that Shatrughan could join friend Lalu Yadav’s RJD or even the Congress party and seek re-election from Patna as a Mahagathbandhan candidate. 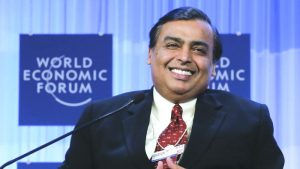 Prime Minister Narendra Modi is known for never forgetting benefactors or his enemies/critics. The biggest beneficiary is Mukesh Ambani. When Modi was chief minister of Gujarat, Mukesh declared that Reliance Industries had made cumulative investments worth Rs 2.4 trillion in Gujarat, the largest single investment by a corporate house in one state. His reward seems to be Jio Institute, which does not exist except as a concept, getting the highly coveted Institution of Eminence status. Jio is Reliance’s mobile telephony brand, which was launched with Modi’s face used in the company’s advertising despite government rules prohibiting this. The selection of Jio and the other institutions of eminence was made by a committee set up by the University Grants Commission under the UGC (World Class Institutions Deemed to be Universities) Regulations, 2016. The Committee is headed by N Gopalaswami, former chief election commissioner who is now head of the RSS-affiliated Vivekananda Educational Society. The UGC’s rules for applying stipulate that “the Sponsoring Organisation should have identified the first Chancellor and first Vice-Chancellor and the core team who will implement the work of setting up the World Class Institution Deemed to be University. All should have very high qualifications and wide experience.” So far, only two people are on the board of the proposed Jio Institute—Mukesh and his wife Nita Ambani, but here’s the giveaway: the man they have hired as Education Adviser to  the Jio Institute is VS Oberoi, who was higher education secretary when the UGC scheme was launched! The government, facing a storm of criticism, now says that Jio Institute is under the Greenfield category and will only get a letter of intent now, and not the title. 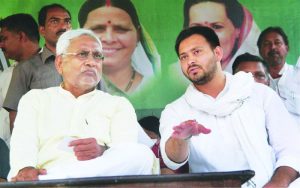 Bihar Chief Minister Nitish Kumar’s decision to stay in partnership with the BJP in Bihar after hinting that he was not happy with the arrangement is the result of the changing power arithmetic in the rival RJD camp. Nitish, aware that the BJP was losing ground, was keen to negotiate with the RJD but faced a hostile reception and some hard choices.

An ailing Lalu is increasingly relying on heir apparent Tejashwi to take the party forward. Lalu is also alive to the fact that Nitish’s return to the Mahagathbandhan will be at the cost of Tejashwi’s aspirations of becoming Bihar CM. Sources say Nitish has been told that his return to the grand alliance would be contingent on him forsaking any claim to the CM’s chair—something he may have been willing to accept if it gave him extra credibility. However, the ultimate humiliation was another caveat from Tejashwi—that Nitish should contest against Narendra Modi from Varanasi as a united Opposition candidate.

The list of liberal, open democracies is getting shorter. This is the finding of the Varieties of Democracy, a team of more than 2,500 social science experts headquartered at the Department of Political Science at the University of Gothenburg, Sweden. Their report, released recently, says democracy is in retreat in a number of countries including Brazil, India, Russia, Turkey, and the United States. The countries named constitute almost a third of the global population.

The report, “Liberal Democracy Index”, attempts to capture the liberal and electoral aspects of a democracy. This includes the conduct of free and fair elections as well as liberal checks and balances on governments with respect to individual rights and institutional balances.

India ranks 81st among the world’s countries on the liberal democracy index—Sri Lanka and Nepal rank higher. Moreover, India has seen a significant fall compared to its historical score ever since Modi came to power in 2014. The report uses what it calls the Liberal Component Index to measure the liberal features of a country’s system. This includes the protection of individual and minority rights, and checks and balances between various players in the political system. “The infringements on media freedom and civil society activities following the election of a Hindu-nationalist government have started to undermine the longest-standing and most populous democracy in the Global South,” the report states, pointing to the fact that, since 2017, 50,000 CSOs (civil society organisations)—mainly working on human rights and environmental issues—have lost their licences. India’s Civil Society Participation Index too has fallen since 2011, registering its biggest decline in 2015, the year after Modi came to power.

Jayant Sinha’s controversial move to honour the group of right-wing activists out on bail after being charged with lynching a Muslim in Jharkhand may be politically expedient but it has not found favour with his fellow Harvard alumni. One of them, Prateek Kanwal, has launched a petition on change.org and approached the President of Harvard to drop his name from the list of those who graduated from the Ivy League institution.

Kanwal’s letter to Lawrence Bacow, who took over as president earlier this month, says that he was forced to write the letter “to bring to your attention the infamy that one of our alumni, Mr Jayant Sinha (Harvard Business School,1992) has gained in India and the disrepute he has brought your university by his intemperate actions”. The petition goes on to say: “India is at present struggling with a surge in mob related violence that has claimed many lives…These attacks, fuelled by deliberate rumour mongering, are more often than not targeted at members of minority communities…for political gain. One such case was the lynching of Mr Alimuddin Ansari, on 29th June, 2017, in the state of Jharkhand in the east of India, on suspicion that he was carrying beef in his car. Eight men who were convicted in this case were recently released on bail, pending the disposal of their appeal against their conviction in a higher court. Mr Sinha, who is at present a Minister in the Indian Government, in a show of solidarity with these convicts, was photographed honouring them with traditional Indian garlands and sweets.” Harvard has not responded and is unlikely to. 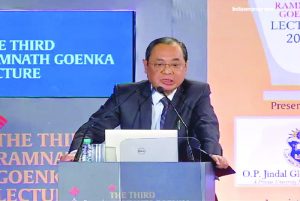 In delivering the Third Ram Nath Goenka Memorial Lecture, organised by The Indian Express, Justice Ranjan Gogoi’s much talked about words were actually penned days prior to the lecture and released to a select set of people at least 30 minutes before the lecture began. Not taking anything away from Justice Gogoi’s fine lecture, it may be noted that a number of judges in the past, including Chief Justice Dipak Misra, have delivered speeches extempore. Justice Gogoi is expected to succeed Justice Misra as the next CJI in October.

Probably another interesting fact about the event was the list of its co-sponsors. A cursory glance shows the game of the OP Jindal Global University. The disturbing fact in this is that Naveen Jindal has been implicated by the CBI and the Directorate of Enforcement in the coal scam. This could have raised a few eyebrows. It may be recalled that the Supreme Court itself had taken up the issue of the scam. The case may ultimately wind up in the Supreme Court.