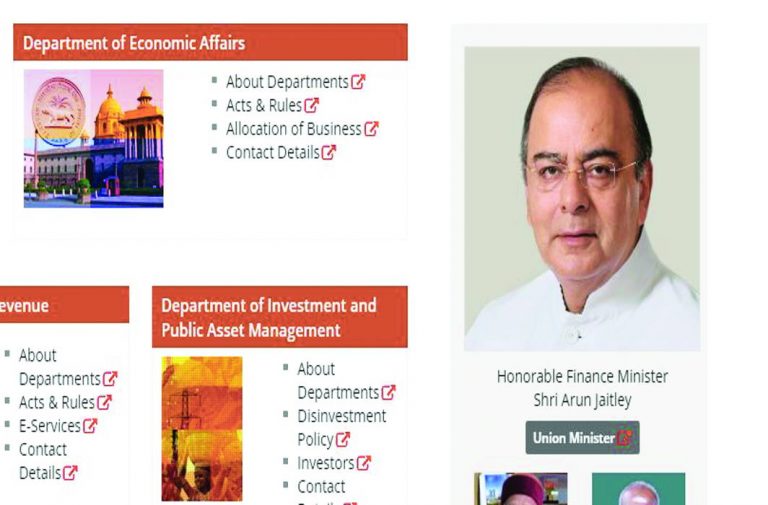 Will the Real FM Stand Up?

A communiqué from the president’s office had said: “During the period of indisposition of Shri Arun Jaitley, minister, the portfolios of minister of finance and minister of corporate affairs held by him be temporarily assigned to Shri Piyush Goyal, in addition to his existing portfolios.” It may be recalled that the bed-ridden Jaitley had raised eyebrows when he announced the resignation of chief economic adviser Arvind Subramanian through a Facebook post.

Ever since his medical confinement, the tussle between Goyal and Jaitley had become serious, with Jaitley using social media to comment on matters to do with the finance ministry while Goyal was running the ministry. It reached a point where every meeting to be attended by finance ministry mandarins saw two representatives, one sent by Jaitley, the other by Goyal.

India’s superspy agency, Research & Analysis Wing (R&AW), has a proud tradition of staying out of domestic politics. Its work and intelligence gathering are rated among the best in the world and the CIA and MI5 often look to it for tips and intelligence sharing on drugs, terrorism and related subjects. The information India can gather because of its association with ASEAN, BRICS, BIMSTEC, CHOGM is considered invaluable.

But there is growing concern in intelligence circles over professional R&AW officers, many of them recruited from the top ranks of the Indian Police Service and the Armed Services, having to play second fiddle to the PMO and several faceless “security advisers”.

Last week, for the first time in its history, four joint secretary-level officers were sacked for what was termed “non-performance”. What is most galling to insiders is that R&AW professionals, who are trained in gathering and analysing sensitive information from abroad, are now having to adopt the double role of keeping an eye on NRIs and influential Indians settled abroad in order to gauge their political and financial leanings and dealings.

The Indian diaspora has played a significant and influential role in drumming up support and resources for Indian leaders abroad as well as with their business and family dealings in India. Prime Minister Modi has been their poster boy and he has recognised the importance of playing to their gallery on his foreign trips. But that unified support, as exhibited in his Madison Garden “rock star performance” in 2014, seems to have plummeted as appears from the demonstrations against him during his London visit. So now his security advisers in Delhi want to know who is helping whom in these foreign countries and to what end. R&AW has the burden of finding out.

Change at the Top

No governor has played a more active role in the affairs of the state than Jammu & Kashmir’s NN Vohra. However, his stint as governor since 2008 is now nearing an end. He is 82 years old and has expressed his unwillingness to continue, now that the state is under Governor’s Rule and his involvement too has expanded manifold. The buzz is that the government has agreed to let him go and prepared a list of six names, mainly former bureaucrats who have dealt extensively with J&K and retired generals who have served in the Valley, to choose his replacement.

None will match the experience of Vohra who will be sorely missed. His vast experience as an IAS officer—he served as home secretary, defence secretary and principal secretary to the PM (IK Gujral)—was further intensified vis-a-vis J&K when, after retirement, he was appointed India’s Special Representative for carrying out the Jammu and Kashmir Dialogue in 2003, a post he held till 2008 when he was made governor. Sources say he decided to quit because the Modi government was keen on forming a new government in the state by engineering defections from the PDP, its former partner. Vohra is looking forward to his other role—as president of the India International Centre in Delhi.

It is rightly said that the road to power in Delhi goes via Uttar Pradesh. Had it not been for the 72 seats of the total 80 Lok Sabha seats that it won in the state, the BJP-led NDA would have been nowhere near the massive majority that it bagged in the last general election. With the opposition parties warming to Rahul Gandhi’s announcement last week that his party was not averse to a non-Congress leader becoming the prime minister if that would help in dethroning Narendra Modi, there is palpable consternation in the ruling camp.

The recent by-elections across the country and particularly in UP have shown that a united opposition could actually steamroll the BJP. With signals coming from most opposition camps indicating a joint campaign, well-placed sources say Modi will have no option but to focus increasingly on the country’s largest state in the few months left before the election. It has already begun, it would seem.

The last fortnight saw Modi make as many as seven trips to the state, addressing sugarcane growers in Shahjahanpur, farmers in Azamgarh, and his constituents in Varanasi besides attending a mega function in the state capital to preside over the launch of multi-projects worth over Rs 60,000 crore. It was at the last function, where he was flanked by some of the titans of Indian industry, that he made his now famous statement that “corporate leaders are no thieves and I see nothing wrong in meeting them or being publicly seen with them”. Rubbing shoulders with the rich to seek votes in the name of the poor is the name of the game.

When Mao Comes Marching In

There is considerable hand-wringing in South Block over China’s decision to gift a navy frigate to Sri Lanka, India’s sensitively positioned neighbour, which New Delhi has always considered its sphere of influence. Sri Lanka’s huge Tamil population and the traditional ties between this ethnic minority and its counterpart in Tamil Nadu has played a major role in that. Now, Senior Colonel Xu Jianwei, an official at the Chinese Embassy in Colombo, has stated: “As a good and true friend, over the past decades, China has provided powerful support to the social-economic development and military and defence construction of Sri Lanka.” The rekindling of Sino-Sri Lankan military ties is seen as another setback for Prime Minister Modi’s “neighbourhood” foreign diplomacy following the Dragon’s spreading wings in Nepal, the Maldives, Pakistan, and even Bangladesh. New Delhi has nobody to blame but its own foreign policy mandarins. When Mahinda Rajapaksa took over as president, his first foreign visit in 2005 was to Delhi where he was virtually ignored despite his offers to open up Sri Lankan waters to India for oil exploration as well as to develop the port of Humbantota. As India dallied, the Chinese stepped in.

The musical chairs over the selection of the country’s first ombudsman or Lokpal, continues. The search panel to finalise the name/names is yet to be elected, but already the buzz is that the Modi government has zeroed in on Justice Jagdish Singh Khehar, the former chief justice of India. Earlier, the name of the current CJI, Dipak Misra, was doing the rounds.

Khehar was the first CJI from the Sikh community and served in that position for a relatively brief period, from January to August 2017, before Misra took over. He, however, had a reputation for probity and presided over some landmark judgments relating to triple talaq and the right to privacy.

However, his name can only be announced by the six-member search panel that is yet to be constituted.

The search for a Lokpal has been on since 2013 and this is the first time that some credible names are being floated. Under the Act, the Lokpal will consist of a chairperson and eight other members, of whom 50 percent will be judicial members and the rest will be selected from among SC/ST/OBCs, minorities and women.

Rahul Gandhi’s new aggressiveness and his hug and wink strategy has clearly pitched him against Narendra Modi as equals. His strategy leading up to 2019 is to take on Modi at every chance he gets. He now even has a new name for Modi—“Mr 56”—a reference to the latter’s chest circumference. All his recent tweets refer to Modi as “Mr 56”!