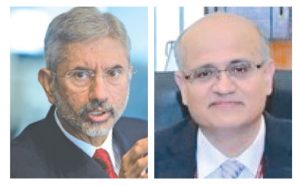 Even as a new foreign secretary, Vijay Gokhale (right), took over last week, the buzz was that his predecessor, S Jaishankar (left), who had been given the maximum extentions as foreign secretary, will be given a new role in the PMO. Jaishankar’s close equation with Narendra Modi had elevated the role of the foreign secretary to an unprecedented level. In the scheme of things, he was more important than foreign minister, Sushma Swaraj. Jaishankar accompanied the PM on all his foreign visits and sat in on bilateral meetings, which were mostly minus Swaraj. Negotiations with other countries were done directly by him, including with Trump’s administration. A week before he was to step down, Jaishankar was in Seychelles negotiating the setting up of a defence-related project that India will establish there. He was the only secretary level bureaucrat with direct access to the prime minister. In essence, Jaishankar was foreign policy adviser, and not a mere foreign secretary. That is a role that has a political context, unlike the traditional one which is to perform with equal proficiency for whichever party may be in power. If the buzz is correct, he may officially become adviser in the PMO, on the same level as Ajit Doval. That also means Gokhale will have a lot of recalibrating to do.

Congress president Rahul Gandhi is showing that he is now fully in charge of the Grand Old Party. Post the Gujarat polls, Rahul’s stature and credibility has risen sharply, giving him the wriggle room necessary to affect organisational changes in a number of states where infighting had hobbled the party. Kerala, Tamil Nadu, Maharastra, Orissa, Goa and Madhya Pradesh (where Kamal Nath has been persuaded to accept Jyotiraditya Scindia as the chief ministerial candidate) have already seen top-level changes, and more are to come. The biggest promotion has taken place in his core team which works out of his Tughlak Lane residence. The new head of the team—which deals with states and state leaders, handles his social media, plots strategy and plans his tours and outreach programmes—is former bureaucrat K Raju. He was in charge of the party’s Scheduled Castes department and has now been elevated to the top spot which means he decides who gets access to Rahul. His role is far greater than a gatekeeper—he will have a major say in screening of candidates for the upcoming polls as well as dealing with state party presidents. Raju is no greenhorn—he earned his spurs as a key member of the Sonia Gandhi-led National Advisory Council. From now, it will be the Rahul and Raju show. 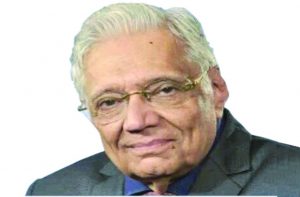 Recent data about corporate contributions to political parties via electoral trusts revealed the usual suspects—KP Singh of DLF, Sunil Bharti Mittal, Sajjan Jindal, Aditya Birla, Ravi and Shashi Ruia, Ajay Piramal, RD Shroff and Analjit Singh of the Max hospital chain. However, one name that caught the eye was Suresh Amritlal Kotak (right), the low-key, low-profile octogenarian Mumbai-based businessman. Between 2014 and 2017, he contributed Rs 8.5 crore to the Janata Nirvachal Trust which gives every rupee it collects to the BJP. Kotak, 83, is better known as the father of banker Uday Kotak, but since he still lives in a middle class Mumbai locality, has an unassuming lifestyle and an extremely modest office, his affiliation to the BJP has gone largely unnoticed. Kotak deals in cotton and is also known as a skilful mediator and arbitrator of international standing. Within the industry, Kotak is called The Cotton Man, mainly because of his promotion of the Shankar-6 variety, mostly grown in Saurashtra, in world markets. Now, he could well be called The BJP Man.