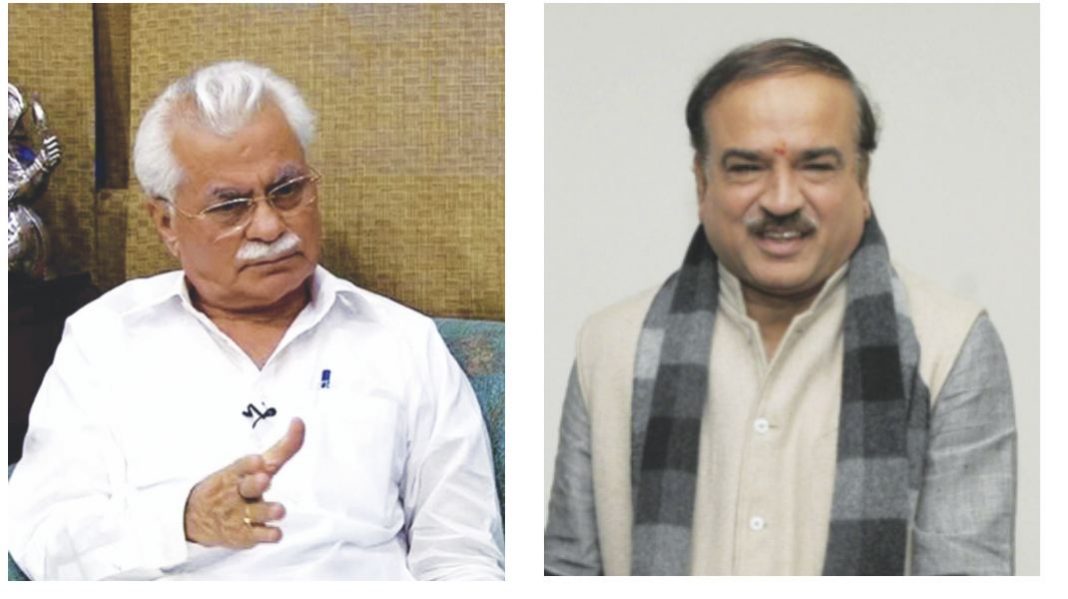 The death of BJP leader Ananth Kumar elicited a flood of tributes to his personality and contribution to public life, except for legal eagle RK Anand  who reprinted extracts from his book on the controversial Niira Radia.

The extracts made for juicy reading, as in the following: “At that time I had no idea that she would spread her wings into the political arena to satisfy her craving for business and power. So it came as a shock to me when I discovered her, one day, when visiting her farmhouse, dancing closely with NDA minister Ananth Kumar to western ballroom music… Her ultimate ambition was to start her own airline. To achieve this target she needed the help of the new aviation minister, Ananth Kumar, who was a Member of Parliament from Karnataka…Niira had wasted no time in getting on the inside track with Ananth Kumar from his early days as minister… She knew more about the aviation industry than half of Ananth Kumar’s own top bureaucrats. Ananth Kumar, himself a neophyte, found in Niira a good teacher about the intricacies, pitfalls and vicissitudes of the powerful aviation sector…she did not hide her closeness to him. Friends often saw them together at Sudesh Farm, Asola, in Delhi, where Niira was still living with Rao Dheeraj Singh—a former Sahara executive. She wanted to sell helicopters to the governments of Maharashtra and Karnataka, Ananth Kumar’s home-state. With his help, she managed to clinch the deal for the two state governments… She knew from her deep knowledge of governmental decision-making in this area that a new acquisition policy for fleet enhancement and acquisition for Indian Airlines and Air India was in the offing. From Ananth Kumar she learned that the process would be fast-tracked for both the flagship domestic and international carriers… So persistent was her interference in the affairs of Indian Airlines, that the managing director P.C. Sen objected to her meddling. Niira’s benefactor, Ananth Kumar, responded by removing Sen from that post. During the time that the aircraft acquisition policy was being changed Niira was a frequent visitor to Ananth Kumar’s official residence at 10, Prithviraj Road…his association with Niira had taken the colour of a scandal, and Ananth Kumar’s wife Tejaswini made a personal complaint to prime minister Vajpayee. The PM promptly reassigned Ananth Kumar to the culture and youth affairs and sports ministry.”

Sensational stuff, but lost amid the fawning eulogies.

All eyes are on Madhya Pradesh where state elections are around the corner and the fight too close to call. Eyes are also on Indore district which has been a saffron citadel. The Lok Sabha Speaker and its longest serving woman member, Sumitra Mahajan, has remained undefeated from the Indore constituency for eight consecutive terms. The party’s national general secretary and Hindutva mascot in MP, Kailash Vijayvargiya, is a former Mayor of Indore and was elected to the state assembly for six consecutive terms from different seats that fall in the Indore district. As the BJP seeks a fourth straight win in the assembly polls, the party’s corridors are filled with speculation that Indore might ditch its love for saffron this time. Candidate selection within the BJP has left both Mahajan and Vijayvargiya fuming. Both satraps were lobbying for tickets for their sons—Mahajan for her son Mandar and Vijayvargiya for his son Akash. Vijayvargiya had hoped that his confidante Ramesh Mendola who had won from the Indore 2 constituency in 2013 would willingly vacate his seat for Akash and move to the Indore 3 constituency which Mahajan wanted for Mandar by sending sitting MLA Usha Thakur to the Mhow seat, won by Vijayvargiya in 2013. The party obliged Mahajan by giving the Mhow seat to Thakur but it favoured fielding Akash from Indore 3 after Mendola refused to switch. Mandar was denied a ticket. Now, a close confidante of Mahajan’s has joined the electoral fray as an independent against Akash. BJP insiders say that the fight between Sumitra ‘Tai’ and Kailash ‘Bhai’ could end in the BJP losing both Mhow and Indore 3 seats to the Congress.

At the height of the unseemly public spat between RBI Governor Urjit Patel and the Centre, it appeared that the former would be asked to resign. Thanks to a confluence of external factors, that issue seems to have been resolved after Patel’s one-on-one meeting with the prime minister last week. At an earlier meeting with finance minister Arun Jaitley, it was agreed that the RBI would release some liquidity into the markets, one of the sticking points between the two sides, based on similar interventions by the Federal Reserve in the US and the Bank of England in the past. The more realistic issue that stayed the Centre’s hand was that sacking a RBI governor would send the wrong signals to the market, and the electorate in the run up to the general elections. Right now, the biggest negative for the government is its economic policies. There are rumours that Mukesh Ambani had a word with Jaitley—Patel worked for Reliance as president of business development and was highly regarded. His credentials for the job are impeccable—his education CV includes the London School of Economics, Oxford University and Yale after which he joined the IMF. This is his second stint at the central bank—he was sent to the RBI on deputation from the IMF in 1996 to look into banking reforms and the debt market. He was made consultant to the government of India in the Finance Ministry bet­ween 1998 and 2000 and was hired by Rel­iance. He actually had a Kenyan passport till 2013—he was born in Nairobi—but is now an Indian citizen.

Reporters who cover business and economic affairs were looking forward to the press conference they had been invited to by the government last week since it involved the release of GDP numbers for previous years using a new methodology. The PC, a day before it was scheduled, was abruptly postponed, with no reasons given. It was, the media had been told, to be jointly addressed by the Ministry of Statistics and Programme Implementation and NITI Aayog. However, it appears that at a high-level meeting, which included some non-official economic experts, questions were raised about the figures as well as the methodology. It was decided that more consultations would be required, but the main issue seems to be that the back series figures shows the UPA government doing better than the NDA in terms of growth numbers. The nervousness is understandable considering it has just emerged from a bruising public battle with the RBI. Additionally, over 60 former civil servants, most with impeccable credentials, have written an open letter to the Comptroller and Auditor General about the delay in the audit reports on demonetisation and the Rafale deal. A copy of the letter has been sent to the President of India. The civil servants point out that the status of the audit “is unclear”. The letter mentions: “…an impression is gaining ground that the CAG is deliberately delaying its audit reports on demonetisation and the Rafale deal till after the May 2019 elections so as not to embarrass the present government.”

An earlier snippet carried in Durbar had pointed out that the upcoming assembly polls in five states would test Rahul Gandhi’s publicly declared resolve of denying tickets to paradropped candidates who had joined the Congress ahead of the polls. The list of candidates declared by the party for Madhya Pra­desh shows that Rahul has failed in living up to the promise, bogged down by arguments of political necessity pushed by state unit chief Kamal Nath and chief ministerial hopeful Jyotiraditya Scindia.

Nath orchestrated the induction of chief minister Shivraj Singh Chouhan’s brother-in-law, Sanjay Singh Masani, into the Congress. Funnily enough, Masani said that he was quitting the BJP because Shivraj was giving tickets to dynasts but denying them to “dedicated workers like me”. The Congress obliged Masani by fielding him from the Waraseoni seat. Another high-profile turncoat in the Congress list is Sartaj Singh who the BJP refused to renominate from the Seoni Malwa seat which he had won in 2013. A former minister in the Shivraj cabinet, Singh cried publicly after being denied a BJP ticket and announced to quit the party. Just 15 minutes later, he had joined the Congress and, later in the day, made a candidate from Hoshangabad. The Congress’s list also includes a former BSP MLA and another who had quit the SP.