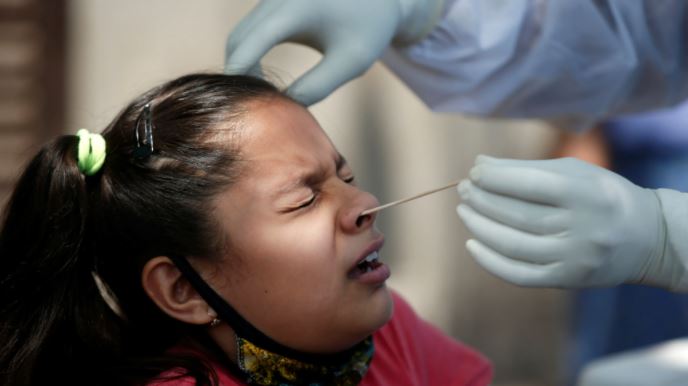 The Delhi Government has informed the Delhi High Court that it is following the guidelines issued with regard to Covid waste disposal.

Delhi Government Standing Counsel Sanjay Ghose informed the bench of Chief Justice DN Patel and Justice Prateek Jalan which was hearing the plea seeking a direction to the Centre and the Delhi Government to follow stringent measures of safe disposal of used swabs from Rapid Antigen Testing of Covid-19 and to form guidelines for testing and safe disposal.

Adv Sanjay Ghose, pointing to the pictures annexed in the petition, submits: The swabs shown were unused swabs subject to no contamination. We are following all guidelines.

Justice Jalan: Tell us the protocol and we’ll give an order for those to be followed.

Chief Justice DN Patel: We aren’t issuing notice, you give the exact authority and guidelines and we’ll give an order for those to be followed. Following this, the Court adjourned the hearing to December 3, 2020.

The petition has been filed by Advocate Pankaj Mehta, who submitted that cause for action arose when he saw that used swabs were being thrown out in public and tests were being carried out over a pile of used swabs for Covid-19 testing at the office of the District Magistrate, South East Delhi in Lajpat Nagar.

“Upon complaining about the risk of widespread infection and the irregularity behind disposing of the swabs in this manner, the concerned doctor at the counter said that the swabs are of negative patients and thus it is safe to stand over them and get yourself tested,” the petitioner stated in the plea.

Therefore, he seeks to invoke the writ jurisdiction of High Court under Article 226 of the Constitution of India seeking directions to the concerned respondents (Delhi Government and Centre) with regard to the management and disposal of used swabs from rapid antigen testing for Covid-19 being carried across throughout the territory of Delhi and the rest of India.

The petition avers that the Ministry of Health and Family Welfare vide a Clinical Management Protocol Notification dated 03.07.2020, laid emphasis on safe waste management and cleaning of the environment across all the areas of healthcare facilities.

“However, the enforcement of the same has been completely ignored by the Respondents as evident by the actions of the medical staff at the office of the District Magistrate, South East Delhi in Lajpat Nagar and by medical staff across the country,” said the plea.

It is further stated that the Supreme Court of India, in a catena of judgments in recent months, has held that appropriate measures to contain the spread of the novel coronavirus should be put in place and such action by the medical officers at the office of the District Magistrate, South East Delhi in Lajpat Nagar and at other places throughout the nation are in blatant violation of the fundamental rights guaranteed by Article 21 of the Constitution of India.