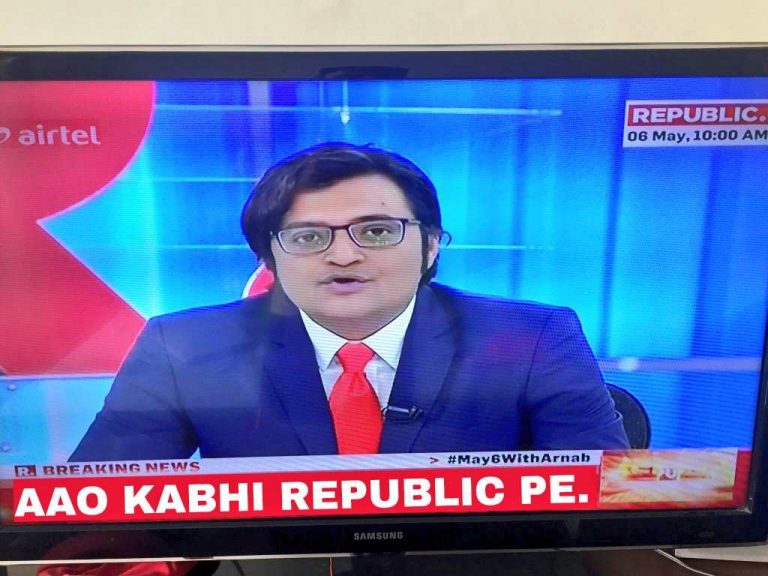 BCCL had approached the High Court with a petition against Prema Sridevi and Arnab Goswami of Republic TV, alleging that some audio tapes played by the channel were actually the properties of BCCL. It also had accused Sridevi and Goswami of violating the employment contract with BCCL.

Senior advocate Rajeev Nayar appearing for BCCL presented the video on Sunanda Pushkar in the court.

The court observed that there must be a larger issue involved. If the tapes were lying with BCCL for two years and yet not released, the issue had wider ramifications, the court felt.

Nayar insisted that Sridevi had said that she had got the tape from her former office.

The court, however, said that nobody knew the real position.

BCCL insisted that an employee could take the tapes and keep them in his/her pocket.

The court said then it was a case of theft. BCCL said that it had lodged a case for theft. (It filed a copy of police complaint in court).

The court then wanted to know what the criminal complaint was.

BCCL said it was the same, a case of theft. It then referred to the commercial contract. “How does he get out of clause (4)?”

Court says: “The contract is contrary.”

BCCL agrees. “He should not act contrary to the clause.”

Court: “Did you send him a notice?

BCCL: “We spoke to him and asked him to take it to the highest level.”

The court felt that it was a case of commercial exploitation.

It said that at this stage, it could not say whether infringement had been committed or not. It however, assured the BCCL counsel that if the defendants were found infringing, it will pass an order.

It insisted that BCCL must issue a notice to Goswami and Sridevi. BCCL pleaded for imposing restrictions on both.

The court said it will do within a week.

Matter to be taken up on May 26