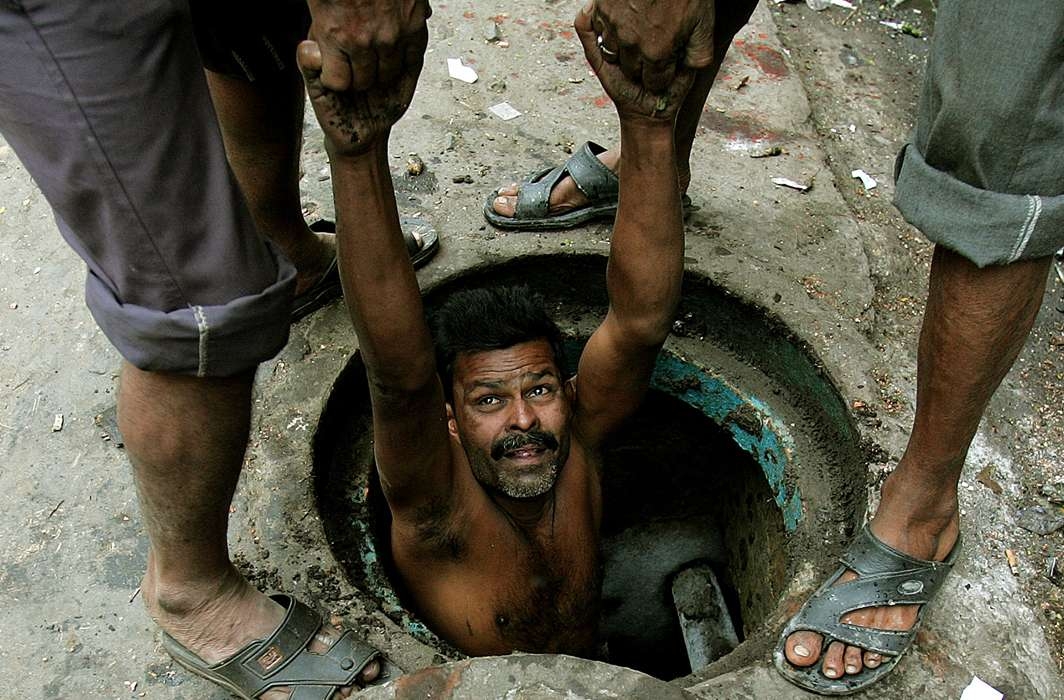 At today’s hearing, the petitioner Amit Sahni showed CD of the incident related to the death of Manual Scavenger due to negligence in the court following which court directed him to supply same to state government, Delhi Jal Board and PWD. Court directed respondent to take instructions on the same.

Delhi HC was hearing the plea seeking directions to Delhi Government for ensuring strict compliance of the provisions of the Prohibition of Employment as Manual Scavengers and Their Rehabilitation Act, 2013 in order to prevent loss of lives because of manual cleaning of sewers and septic tanks.

The Petitioner contended that on April 3, 2019, a MLA from Sultanpur Majra Constituency of Delhi, posted a video that showed manual scavengers allegedly employed by PWD cleaning sewer on Main Road near Netaji Subhash Place in Shakurpur Vidhan Sabha area of New Delhi. The said video went viral on various social platforms and the same was even shared at the official Facebook page of Bhartiya Janta Party, Delhi.

The video shows that manual scavenging is being carried out on main road by about dozen of persons. It further shows as under:

i) Manual Scavengers are not wearing any safety measures such as shoes, hand gloves, masks or other required equipments

ii) There is no Medical Officer at the place where Manual Scavenging is being carried out.

iii) There is no ambulance or disaster management team in the vicinity.

It is painful to submit that the respondents have not learnt anything from previous casualties of manual scavengers, who died in the National Capital Territory of Delhi in last few years.

Over ten person died in Delhi in the year 2017, which led the LG to call high level committee leading to pass blanket ban on the manual cleaning of sewers and septic tanks but unfortunately deaths were reported in the year 2018 as well and ultimately the recent incident shows that there is no change in situation and therefore the present petition is being filed in order to save lives of manual scavengers, who are engaged in cleaning of sewer/septic tank manually.

In the past too incidents of death due to negligence was reported. On July 15, 2017, four persons died after inhaling poisonous gases as they entered a water harvesting tank in Ghitorni in South Delhi. On Aug 6, 2017, three persons died after inhaling toxic gases while cleaning a sewer in Lajpat Nagar in South Delhi. On Aug 12, 2017, two brothers died of suffocation while cleaning a septic tank at a mall in Shahdara in East Delhi and on Aug 20, 2017, another person died while cleaning a sewer tank in Lok Nayak Jai Prakash (LNJP) Hospital under Delhi Government.

Court directed to list the matter with the petition W.P.(C) 5232/2007, which is pending before the court.

The matter has been adjourned to April 26.