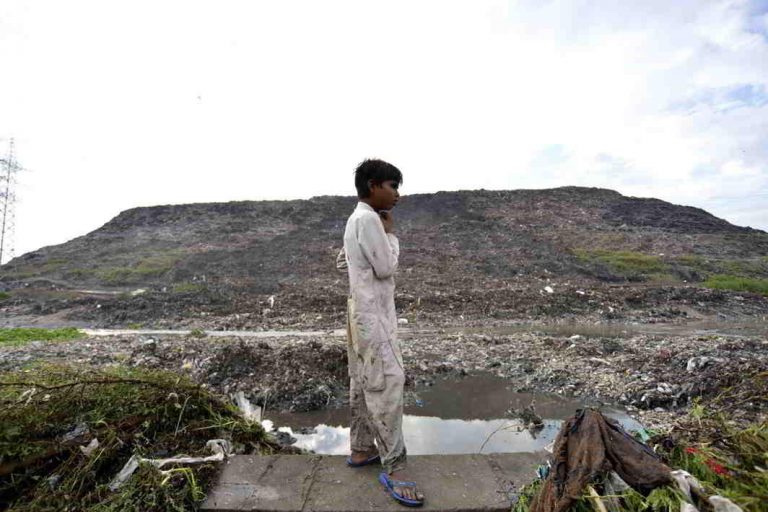 Above: A garbage landfill in Ghazipur, New Delhi. Photo: UNI

A clutch of draft bye-laws on sanitary waste disposal in the Capital was approved by the Delhi High Court on Tuesday (September 19). It asked the Delhi government to place the bye-laws before the Lieutenant Governor so that they can be officially notified, urgently. Local authorities and environment experts had come up with the bye-laws after the High Court order.

The Court was hearing the case again related to solid waste management in Delhi. It had observed in its last hearing that vector-borne diseases dengue, chikungunya and malaria had spread as garbage was not being managed properly. Two PILs were filed in the court, urging it to ask civic agencies and other bodies to pull up their socks and ensure that these diseases do not spread.

A video was shown to the Court on the prevailing scenario and Court found that there was no improvement and the municipal bodies were still to gear themselves to the task of garbage segregation and reduction. While lashing out at the corporations, the Court observed that poor waste management resulted from the mushrooming of unauthorized colonies in the capital.