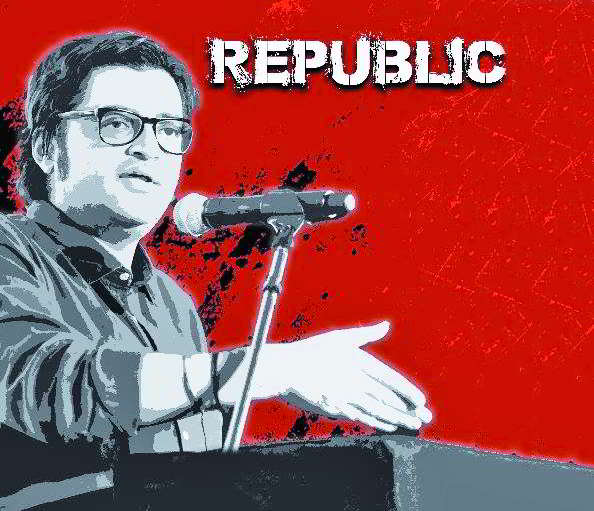 A single-judge bench headed by Justice Jayant Nath, however, did not pass any order retraining Arnab Goswami’s channel Republic TV with respect to the use of tagline ‘NATION WANTS TO KNOW’.

The bench was hearing a suit filed by Times Now group seeking permanent injunction to restrain Arnab Goswami’s Republic TV from adopting and using the trademarks/ titles/ taglines NEWSHOUR and NATION WANTS TO KNOW or any other trade mark/ title/ tagline comprising NEWSHOUR as a part thereof amounting to infringement of the plaintiff’s registered trade mark as well as dilution or acts of passing off.

With respect to the use of the Tagline ‘NEWS HOUR’, the bench referring to a few judgments including Ruston & Hornsby Ltd. Vs. Zamindara Engineering Co., AIR 1970 SC 1649 observed “What follows from the above judgments is that if the defendants’ trade mark is deceptively similar to that of the plaintiff, mere addition of a word by the defendants to the trade mark is of no consequence and the plaintiff is entitled to succeed in its action for infringement of its trade mark.”

The bench, however, with respect to the use of the tagline ‘NATION WANTS TO KNOW’ said that it is only after evidence it can be ascertained as to whether Times Now was using the aforesaid mark as a trade mark or it was merely being used as a form of speech in the course of conducting the news channel or in the course of carrying on interviews/presentations by Arnab Goswami. The bench observed that “these are aspects on which, prima facie, no view can be made at this stage based on the documents placed on record, namely, screen shots of various sites of Twitter, Facebook, etc.”