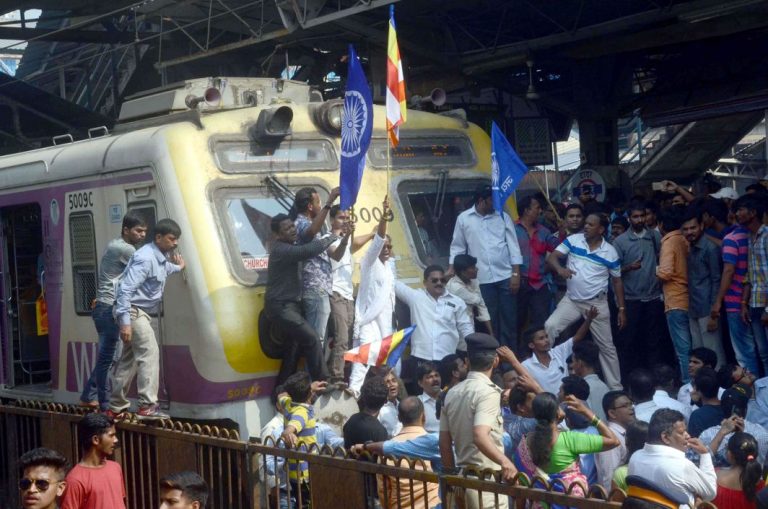 The BJP’s art of labelling has termed dissent anti-national, pro-communist, terrorist and Maoist. Patriotism is a uniform that only the BJP can don with ease

Every law a regime makes or enacts has a structure of the unconscious. This structure is a many-layered site where a regime plays out its own fantasies of security and control. The BJP, in that sense, is a deeply paranoid regime which uses law and governance to control history, memory and citizenship. At one level, it wants to control civil society so that it can erase it. It wants to ensure that the RSS is the only form of civil society. Any attempt to emphasise autonomy or plurality is a threat to national security and is immediately construed as unlawful activity. The paranoid nature of BJP politics is best seen in its attitude to the Bhima Koregaon incident. In fact, the narratives of the Bhima Koregaon incident provide a genealogy of control.

The BJP is deeply involved in caste politics and it employs the concepts of caste and nation to control the behavioural rules of the game. For decades between the emergence of Jyotiba Phule and the rise of Ambedkar, Dalits used pan-Maharashtra symbols to voice their ideas of liberation.

One of the most creative uses of such a symbol centered around what Phule always hailed as Shivaji’s sense of equality and justice. While Dalits employed Shivaji as a wider symbol of their egalitarian dream, the communal right has been desperate to appropriate Shivaji for its own uses. It wanted to create a Shivaji with an upper caste perspective. The memory of Shivaji now gets conscripted into the Hindutva discourse. A pan-Indian symbol got entrapped first into a dominant caste discourse and later into a communal one.

As incidents of violence increased in the 1920s, Dalits wanted to rearticulate memory and history. A control of memory, Dalits realised, was a control of the political landscape. In resisting the hegemony of the Marathas, especially between 1920-40, the Dalits sought to reclaim their history and spaces of their identity. They focused on an event in Peshwa history when soldiers of the colonial army defeated the Peshwas. The Bhima Koregaon battle became symbolic of Dalit militancy and gave current politics a genealogical edge. Dalits were changing not just upper caste dominance, but upper caste control of memory in the name of narrow nationalism. Upper caste control of memory was seen as hegemonic and groups seeking liberation needed to liberate their memories from the dominant discourse. The salute to Mahar regiments that fought the battle against the Peshwas became a moment of popular commemoration. The right wing which always insisted on controlling history read Bhima Koregaon as anti-national and unlawful. The paranoid nature of dominant caste politics surfaces with a vengeance against any attempt to create a parallel or alternative history.

The Bhima Koregaon incident took a contemporary turn after the caste clash between Marathas and Dalits. Every year, Dalits conducted a peaceful march to this village near Pune which houses a memorial to the Mahar regiment that defeated the Peshwas. A march was marred by violence by Hindutva groups, but FIRs were now introduced not against the communal right, but against the organisers of the Elgar Parishad. They were seen as challenging nation, history, memory and dominant caste discourses. The BJP regime now moves from a control of memory to a control of dissent, constructing a new discourse where Dalit activists are a threat to the prime minister, a fiction the police could easily find as believable after the Rajiv Gandhi assassination. They arrested five people for what they termed Maoist activities. The politics of labelling is significant here. From retaining the memory of the nation, these people now threaten the nation itself.

The new recipe for arrest includes a threat of violence, the promotion of enmity between communities and to this they added the fiction that the five were a threat to the security of the pri­me minister. The public prosecutor released in court the news that they were planning a Rajiv Gandhi-type incident at one of Modi’s roadshows. Applying the Unlawful Activities (Prevention) Act (UAPA) was then easy and all five could be arrested and detained for at least six months. From appropriating history, the regime moved to appropriating the law for its own use. One style of historical fabrication which helped create a monolithic nationalism now leads to a fabrication of cases. The irony is complete as the regime unlawfully uses UAPA. What was a Dalit revolt against history now becomes a Maoist plot. Dalit politics becomes an act of se­dition as the regime rewrites both law and history.

The Elgar Parishad, which attempted to forge Dalit unity, now becomes tainted with the brush of sedition. What the BJP did not say was that the Elgar Parishad was a significant electoral plank for Dalits to rally against the BJP. What is fascinating in the Machiavellian sense is the BJP’s art of labelling. Dissent is serially termed anti-national, pro-communist, terrorist and Maoist. The signals are clear and it is a message not just for Dalits. Any form of dissent that challenges policy, whether on tribals, defence or agriculture, is seen as a form of sedition. Patriotism is a uniform that only the BJP can don with ease. The Urban Naxal becomes the brand new term in Indian politics.

The Urban Naxal has now become the regime’s favourite label for civil rights activists, especially lawyers who work on nature and human rights. The arrests make little sense. The list is an honourable one ranging from Shoma Sen, a professor of literature in Nagpur, to Sudha Bharadwaj, the ex-IIT Kanpur alumnus, to Gautam Navlakha, once the mainstay of journal EPW in its prime, to Varavara Rao, the revolutionary poet whose theories of politics and literature are well-known.

But words like conspiracy, terrorism and Maoism are the new outcast words of the nation which thinks that security is now the sacred word, the easiest weapon with which to manhandle civil society. All the names mentioned are honoured names in civil society and the charge of terrorism against them is ironic, but the regime has no sense of irony and humour. That it would apply UAPA against such distinguished company makes the law look like an ass. To use law to violate law seems to be the favourite game of the Modi regime.

The inanity of BJP spokesperson Sambit Patra should be the final word. He accuses this quintet of human rights activists of Balkanising India. Patra’s sense of hyperbole is extreme, but it reveals the deep anxieties of a regime as election becomes a possibility. The BJP has intensified its paranoid style of politics. When dissent is unlawful and a proactive civil society taboo, democracy dies an easy death. Amit Shah and company must be cheerful at that prospect.