The Counsel had further submitted that he has a shop of iron rods at Kakrola, Dwarka Mor, New Delhi and he was not part of any agitation 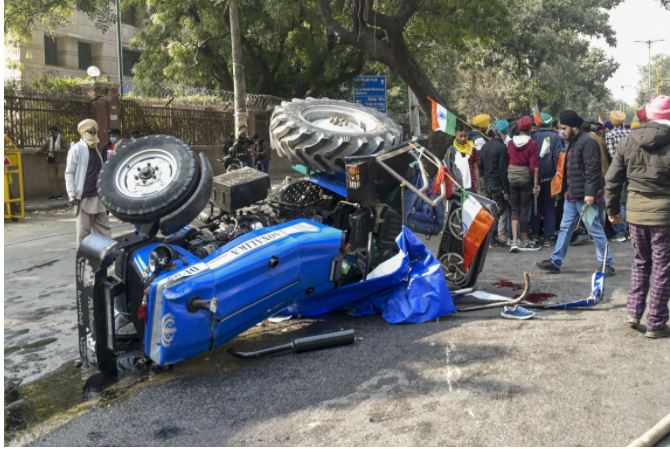 A Delhi court on Friday granted bail to a man who was arrested by the Delhi Police on account of rioting and being part of an unlawful assembly that had allegedly beaten policemen and damaged public property on Republic Day farmer’s tractor rally.

Dwarka Additional Sessions Judge Dheeraj Mor noted in his order as per the report of the Investigation Officer, which is completely silent on his (accused) role about previous criminal involvement, this court has no reason to doubt that accused has clear antecedents.

“He is no more required for the investigation of this case. In the aforesaid circumstances, no fruitful purpose will be served by further curtailing the liberty of the accused,”

-said the Court while admitting his application for grant of bail.

The Court has directed to release the accused on furnishing a bail bond of Rs 50,000 with one surety in the like amount.

The Court was hearing the bail application filed by a man who was arrested on January 26, 2021 during the farmer’s tractor rally. Police had alleged that the said rally was diverted from its route and it turned into an unlawful assembly. Its members including the accused committed rioting, caused injuries to 9 police personnel and damaged public property.

The counsel for the accused submitted that he has been falsely implicated in this case. He said he was just a bystander at the spot of occurrence.

He was neither part of the unlawful assembly nor he was involved in the riots, the Counsel said. The Counsel had further submitted that he has a shop of iron rods at Kakrola, Dwarka Mor, New Delhi and he was not part of any agitation.