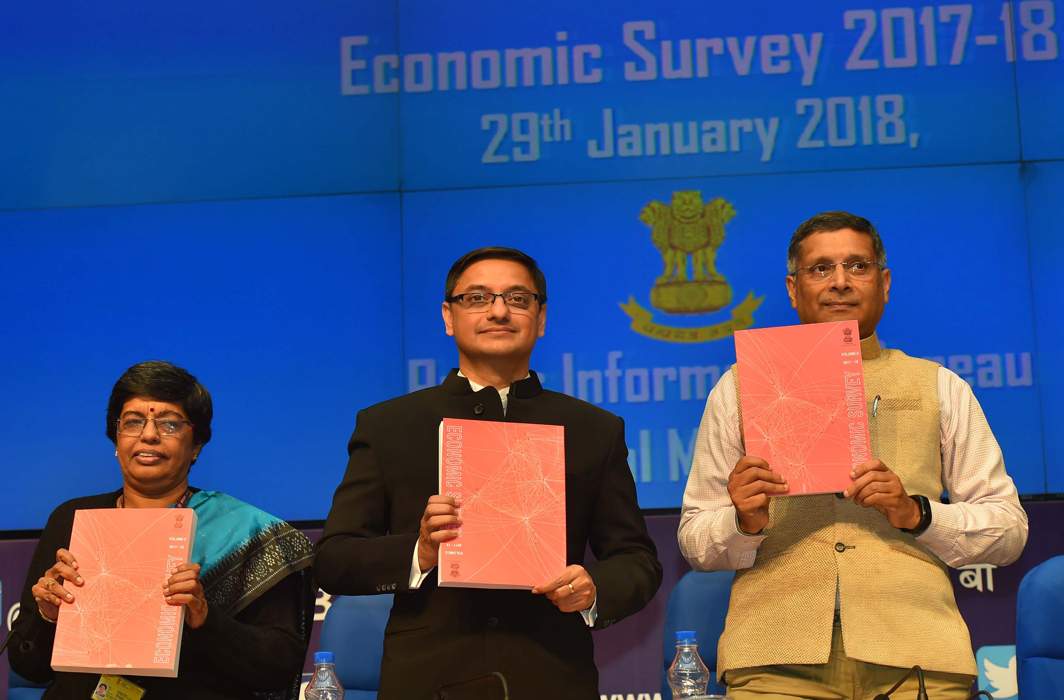 Above: The Chief Economic Adviser, Dr. Arvind Subramanian at a press conference regarding the Economic Survey 2017-18, in New Delhi. Photo: PIB

The India Economic Survey 2018 has spewed optimistic figures such as 7-7.5 percent GDP growth forecasts within an environment of slow and jobless growth that is the actual scenario so far. If the survey had taken into consideration of the sharply spiking fuel prices, then, possibly, a change of heart would have occurred. On the other hand, since petroleum is still beyond the scope of GST, higher collection from taxes remains a possibility despite shooting oil prices. That might hot, however, translate into higher GDP growth.

What will be difficult to achieve in this scenario would be fiscal discipline and the deficit could well travel beyond control. And, when the resource pool for buying oil grows, even a small appreciation in the value of the Rupee could have major adverse effects at home.

Here comes the kicker. Much of the survey’s optimism stems from an expectation of higher export. That may be so, but if the Rupee has appreciated against the accepted basket of foreign currencies, it will cancel out the positivity and we could well be standing pretty much where we started.

Before going any further, we need to read the substance of the survey which states that growth is on track, revenue collection is on the rise – it has to be remembered that this is the first survey and first Union Budget after the implementation of GST – and fiscal deficit was under reasonable check.

The survey also sees growth in private investment, the hallmark of any growing economy in the next fiscal while also adding flesh to government initiatives in the education and agriculture.

Apart from the fact that this survey’s forecast runs in the face of the government’s own advance GDP data as was available this month – that expected the economy to grow at a four-year low of 6.5 percent in the current fiscal, mainly due to the poor performance of agriculture and manufacturing sector, against last fiscal’s 7.1 percent – it is possibly avoiding this confrontation, especially with jumping fuel prices barking at its feet.

The fiscal deficit target of the government for this fiscal was 3.2 percent of GDP against 3.5 percent in 2016-17, but it is well known that with the elections progressing and things not looking too good, finance minister Arun Jaitley may be forced to take a populist stance, in which case the fiscal deficit target can only be relaxed, with discipline given a go-by.

The projections here, therefore, would taste better with a pinch of salt.