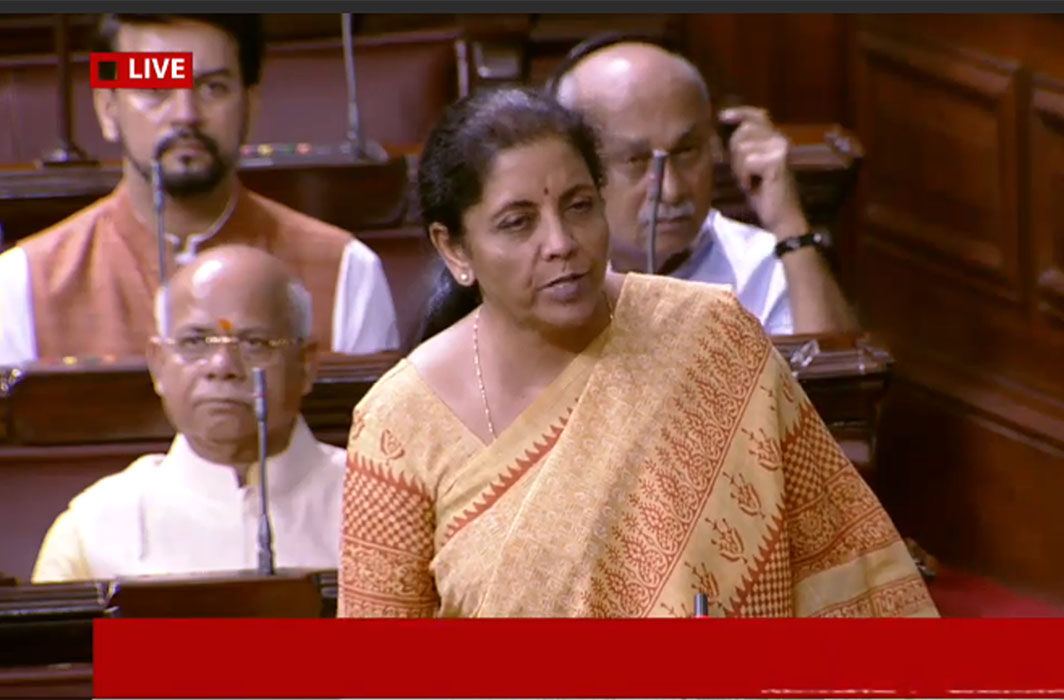 The GDP is projected to grow 7 per cent in financial year 2019-20, according to the Economic Survey tabled in Parliament by Finance Minister Nirmala Sitharaman on July 4. The growth projection is higher than a five-year low economic growth of 6.8 per cent for the year ended March 31. The real GDP growth projection for 2019-20 reflects a recovery in the economy after a deceleration in the growth momentum in 2018-19, the Survey said. However, both downside risks and upside prospects persist in 2019-20, it added.

Investment rate, which was declining from 2011-12 and seems to have bottomed out, is expected to pick up further in the year 2019-20 on the back of higher credit growth, the Survey pointed out.

As the flagship document of the Union Finance Ministry, the Survey provides detailed statistical data covering all aspects of the economy.

Prepared by Chief Economic Adviser Krishnamurthy Subramanian, the Survey is the first by the re-elected Narendra Modi government.

The release of Economic Survey 2018-19 comes a day ahead of the presentation of Union Budget in Parliament. In January-March, annual growth slumped to 5.8 per cent, the slowest pace in 20 quarters. Growth for the financial year that ended in March was 6.8 per cent, also a five-year low, and indicators such as plummeting industrial output and automobile sales have stoked fears of a deeper slowdown.