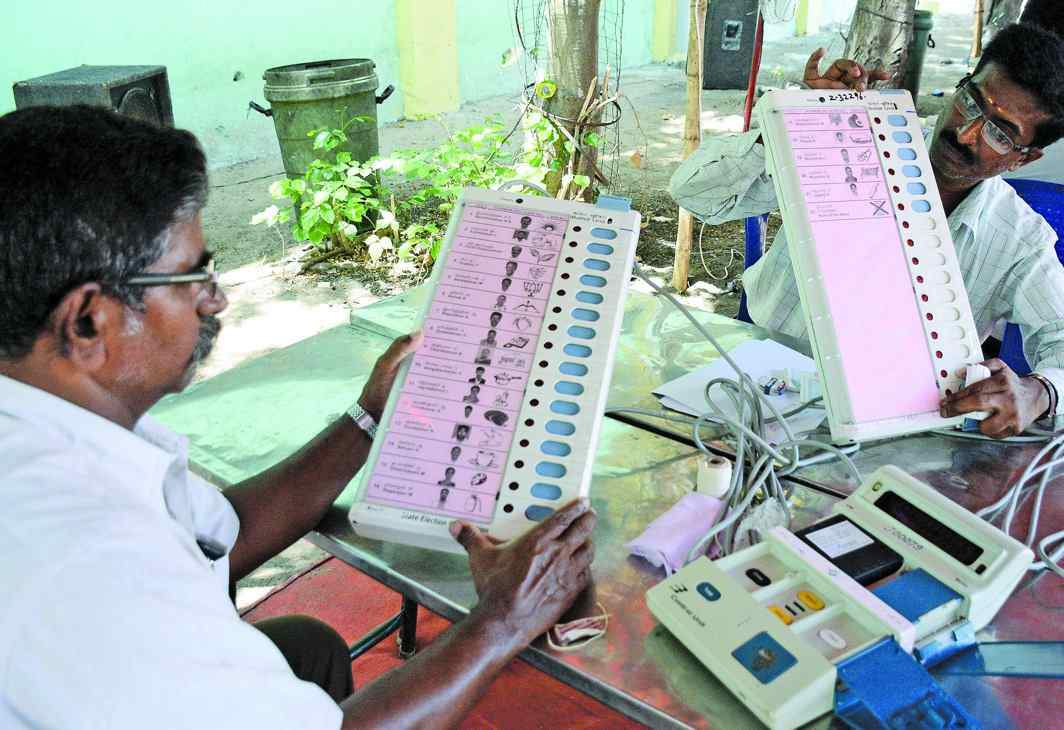 The Election Commission has rubbished reports about the EVMs safety and said all allegations were “baseless and frivolous”.

A few incidents of EVM’s being transported allegedly without any security were reported from Uttar Pradesh and the commission’s statement was in response to reports on social media which have gone viral that suggested that the machines were being tampered. Addressing the allegations about each of the four places from where the incidents were reported, the poll panel said: “the EVMs were in proper security and protocol”.

“In all the cases, polled EVMs and VVPATs were sealed properly in front of the political parties candidates in videography. CCTV cameras are installed and CPAF security is there. Candidates are allowed to have a watch on strongroom and one representative of each candidate is there 24×7. The allegations are baseless,” the EC said.

The videos allegedly showing the EVMs being transported without security had surfaced at a time when the opposition parties have raised questions about efforts to tamper with them and demanded increased VVPAT matching, a plea that was rejected by the Supreme Court on Tuesday.