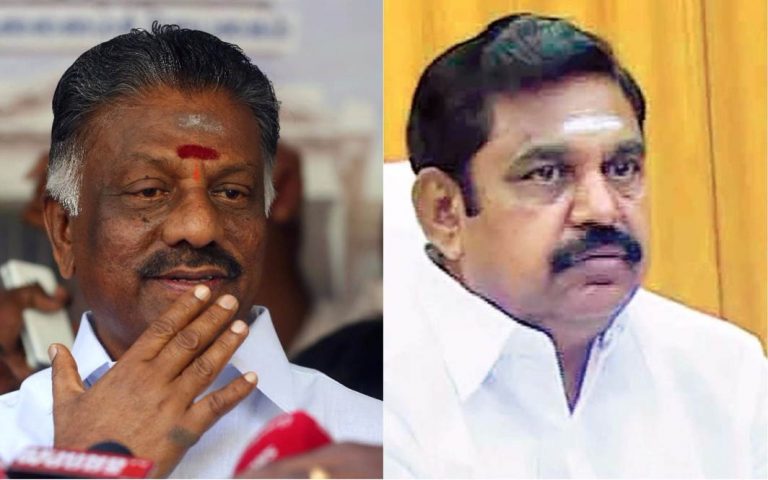 Six months after he was forced to step down as chief minister of Tamil Nadu, O Panneerselvam – who had during the late AIADMK chief Jayalalithaa’s lifetime been her choice to ‘act’ as the state’s top executive on three occasions – returned as deputy chief minister of the state, to serve under Edappadi Palaniswami, who not so long ago was a minister in the OPS cabinet.

After many a twist in the AIADMK saga, the inevitable – though once unthinkable – happened on Monday. Smiling, shaking hands and hugging each other, EPS (Palaniswami) and OPS (Panneerselvam) announced the much anticipated merger of their respective AIADMK factions while their confidantes indicated that Jayalalithaa’s closest aide and jailed party general secretary Sasikala will soon be expelled from her post, and from the party.

Palaniswami, who had succeeded Panneerselvam as Tamil Nadu chief minister after Sasikala’s conviction and four-year jail term ordered by the Supreme Court earlier this year in a disproportionate assets case ensured that she could not hold the office herself, not only accepted his rival to be his deputy but also agreed to make him the ‘chief coordinator’ of the now-united AIADMK and serve as his deputy in the organisation.

“The burden in my heart is gone,” Panneerselvam said after the merger was announced, adding “none can separate us, we are all children of Amma (late Chief Minister Jayalalithaa)… We had a slight difference of opinion and have now come together in the interest of the party. The unification is in deference to the wishes of lakhs of supporters and cadres of the party.”

On part, Palaswami too made conciliatory remarks, saying: “MGR (MG Ramachandran, AIADMK founder) and Amma will be very happy today as we have both united. In six months, we suffered many problems. We will overcome.”

That the EPS and OPS factions will eventually unite had been evident for some time now. The signs had come a few months back when EPS agreed to expel Sasikala’s nephew TTV Dhinakaran from the post of AIADMK deputy secretary general. Then last week, came the clincher – EPS announced a probe into Amma’s death and that her Veda Nilayam residence in Chennai’s Poes Garden locality will be turned into a museum dedicated to her life and career.

With these announcements EPS had accepted two of Panneerselvam’s three key conditions for a merger. And on Friday evening, it was believed that the merger would be announced and Amma’s memorial at Chennai’s Marina beach had even been decked up for the grand proclamation. But then it was the third condition of the OPS faction that delayed the inevitable – his demand that Palaniswami make a public announcement of Sasikala’s ouster from the AIADMK general secretary post and from the party too.

On Monday too, the merger was almost called off when EPS continued to dither on his commitment for the third condition. But then, perhaps political expediency prevailed. EPS turned on the woman who had chosen him to succeed Panneerselvam as chief minister and threatened the AIADMK’s existence – the factional feuds had forced the Election Commission to suspend the party’s ‘two-leaves’ poll symbol – and accepted the final condition.

It is believed that the BJP and a key RSS ideologue had a role to play in convincing EPS to get OPS back into the fold. Had it not been for Prime Minister Narendra Modi’s meeting with chief ministers of all BJP-ruled states, BJP national president Amit Shah would perhaps have been in Chennai by Tuesday to even meet the united AIADMK leadership.

The Prime Minister was quick to respond to the development in the southern state in which his party has been aching to make in-roads in. Modi, of course, shared a great personal rapport with Amma and the AIADMK had on several crucial occasions come to his government’s rescue in Parliament when Opposition unity threatened to stall its legislative agenda.

I congratulate Thiru O Panneerselvam & others who took oath today. I hope Tamil Nadu scales newer heights of progress in the years to come.

Though unconfirmed as yet, the corridors of power in New Delhi are abuzz with speculation that the AIADMK may now formally join the NDA and with a cabinet reshuffle expected later this month, could even get ministerial berths in Modi’s council. 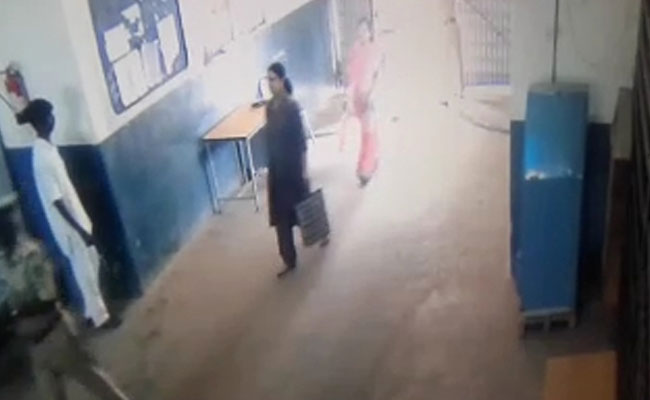 Sasikala ‘on the prowl’

Interestingly, the delay in the merger – which Panneerselvam had, on Saturday, indicated would happen “in a day or two” – coincides with an ‘éxpose’ carried out by The Hindu in which a video recording purportedly made at the Bengaluru’s Parappana Agrahara Central Prison showed Sasikala and her kin Ilavarasi walking into the jail carrying a bag.

The video is being used as ‘evidence’ to allege that Sasikala – who is serving a four year sentence at the jail since her conviction in a disproportionate assets case – was being given special privileges by the prison authorities and possibly was allowed to step in and out of jail too. The video footage, claims The Hindu, was submitted to the Karnataka police’s anti-corruption bureau (ACB), on Saturday, by former DIG of Prisons D Roopa, who blew the lid off the special treatment meted out to prisoners, including Sasikala, at the Agrahara Central Jail.

Meanwhile, TTV Dhinakaran – who leads a third faction of the AIADMK which continues to swear its allegiance to Sasikala despite the political turnaround in Amma’s party – has been left in the lurch. He is said to have support of at least 17 AIADMK legislators – with whom he even convened a meeting before the merger announcement – and could force a no-trust vote against the Palaniswami government if he isn’t won over.

It is perhaps the clout of Sasikala, Dhinakaran and the Mannargudi mafia (as Sasikala’s family is addressed in Tamil Nadu’s political circles) on the AIADMK cadres that forced EPS and OPS to delay the announcement of her expulsion from the party.

However, both Palaniswami and Panneerselvam are aware that a petition challenging Sasikala’s appointment as AIADMK chief is pending with the Election Commission and she could soon be in for an adverse verdict. If this happens, Palaniswami will be saved from publicly ditching Sasikala.

AIADMK sources say that the EPS and OPS camps may soon call a general council meeting of the party and announce that Amma – though no more – will continue to be named as the party’s general secretary and with the officiating bosses being the Chief Coordinator (Panneerselvam) and the newly-appointed three deputy coordinators (EPS, V Maithreyan and KP Munusamy).