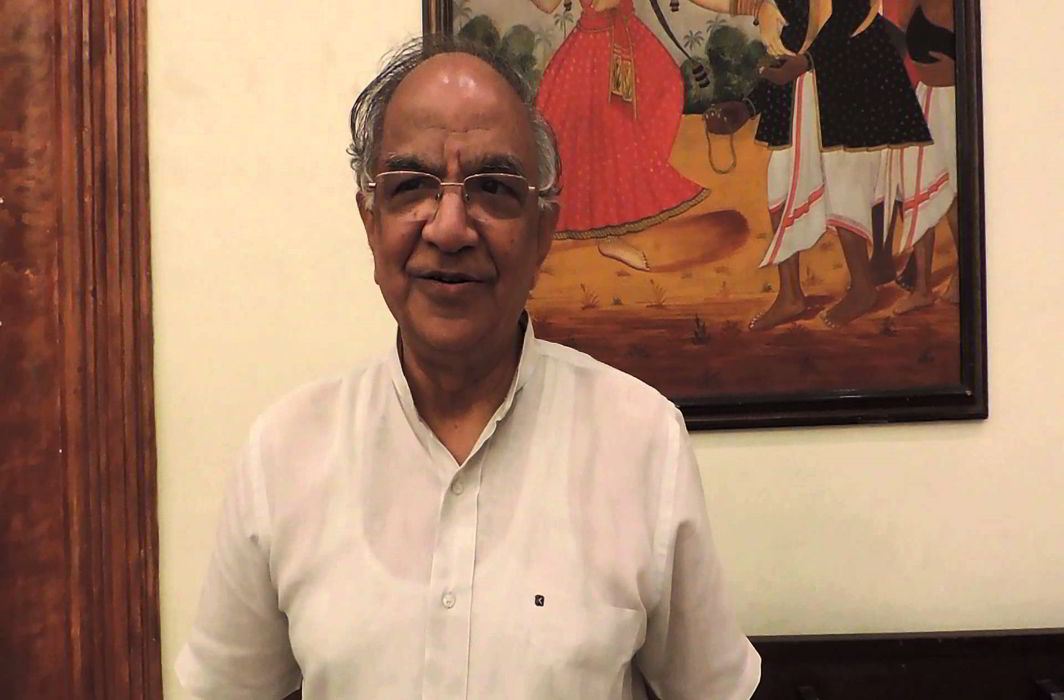 Former Chief Election Commissioner TS Krishnamurthy has been critical of the Election Commission’s decision to announce the poll schedule for Himachal Pradesh, while deferring the same for Gujarat, despite the term of the two assemblies ending within weeks of each other. This has created a major controversy, and Krishnamurthy has said that it was “an avoidable controversy”.

Krishnamurthy, who headed the Election Commission (EC) between February 2004 and May 2005, is the second former chief election commissioner after SY Quraishi to raise questions on the poll panel’s decision of deferring the announcement on Gujarat assembly elections – an issue that has also been red flagged by the Congress and other parties in the Opposition.

In an interview to The Indian Express, Krishnamurthy – who like SY Quraishi has often taken a stern stand against actions taken by the poll panel or the government with regard to conduct of elections – claimed that had he been the CEC now, he would have “found a solution” to conduct the Himachal Pradesh and Gujarat assembly polls simultaneously.

“All this controversy could have been avoided with better management,” Krishnamurthy was quoted as saying by The Indian Express. “I suppose they (the EC) could have announced both (Gujarat and Himachal Pradesh polls) together, either one week before or one week after. I am not looking at whether the decision was influenced or not. I am concerned with whether, administratively, a solution could have been found. I think I would have found a solution,” the former CEC added.

Earlier, ex-CEC SY Quraishi had taken a similar line on the controversy, claiming that the move to break from the EC’s convention of announcing elections together in states where incumbent governments are completing their terms within six months of each other had raised “serious questions”.

The Congress, which is the principal political rival of the BJP in both Himachal Pradesh and Gujarat, has claimed that incumbent CEC, AK Joti has possibly delayed announcing the poll schedule for Gujarat under pressure” from the Centre, to enable the ruling BJP governments at the Centre and in the western state to announce sops for voters that will help its electoral prospects. While the Congress is in government in Himachal Pradesh and feels that it is in a position to retain power in the hill state, it hopes to end the 22-year-long BJP rule in Gujarat in the upcoming polls – riding on a reported anti-incumbency wave and major agitations against the state’s BJP regime by Dalit, Adivasi, Muslim and Patel communities (which together account for over 50 per cent of the state’s electorate).

Joti cited relief and rehabilitation of the flood-affected in Gujarat as one of the factors that influenced the decision to delay poll announcement in the state.

However, Krishnamurthy countered Joti’s argument by saying: “Emergency flood relief work is to be done by bureaucrats, not politicians. The Model Code of Conduct (for elections) does not stand in the way of any emergency relief work. It does not prevent existing projects from continuing. Only new projects should not be announced during the MCC period.”

While Krishnamurthy and Quraishi have both raised questions over the possible administrative lapse of the EC in delaying the announcement of the Gujarat poll schedule, the Congress has maintained that the poll panel’s move was aimed at “helping the BJP”.

The Congress has argued that several pro-people schemes that the Vijay Rupani-led Gujarat government had planned to announce right before the announcement of the elections in order to woo voters would have been stalled due to the MCC had the poll schedule been announced last week, along with that of Himachal. What adds some weight to this argument is the fact that the BJP government in the state seems in a hurry of announcing sops and schemes.

On Monday, Gujarat chief minister Vijay Rupani had announced farm loans of up to Rs 3 lakh at zero per cent interest – a move that is likely to benefit around 2.5 million farmers mostly concentrated in rural Gujarat where the BJP seems to be losing ground. Sources say a few more such announcements are expected before October 22 – the tentative date by when the EC is expected to announce the schedule for the state’s election.