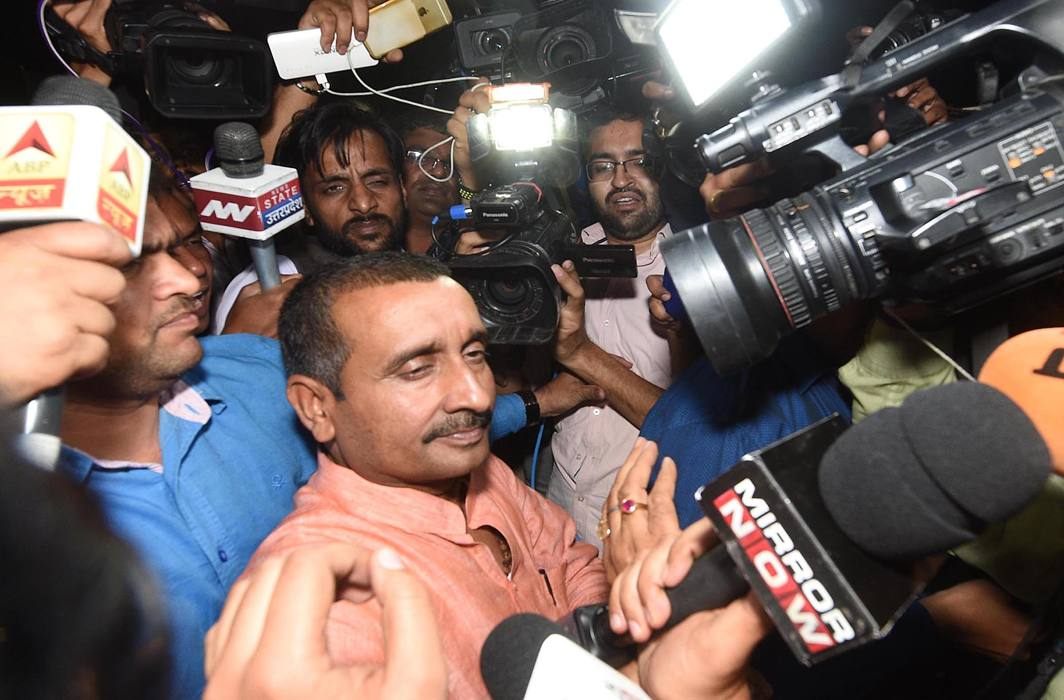 Expelled BJP leader Kuldeep Singh Sengar and six others have been found guilty for the custodial death of Unnao rape survivor’s father. Four others, however, have been acquitted by Delhi’s Tis Hazari Court.

The court convicted Sengar and others for culpable homicide not amounting to murder in the crime. The court also criticised the doctors who treated the survivor’s father.

The man had died in April 2018 in police custody.

Sengar was also convicted in December last year in the rape case. He was pronounced guilty of rape and intimidation under Section 376 IPC and Section 5(c) POCSO Act.

The Central Bureau of Investigation had examined 55 witnesses in support of the case. Later the court had recorded the statements of the rape survivor’s uncle, mother, sister and one of her father’s colleague who claimed to be eyewitnesses to the incident.

According to the CBI charge sheet, on April 3, 2018, an altercation ensued between the survivor’s father and Shashi Pratap Singh, an aide of Sengar.

It said the survivor’ father and his co-worker were returning to their village, Makhi, when they asked Shashi Pratap Singh for a lift.

Shashi denied them the lift, triggering an altercation between the two parties. Following this, Shashi called his associates and MLA’s brother, Atul Singh Sengar on the spot who beat up the survivor’s father and his co-worker.

The survivor’s father was subsequently taken to the police station by them and an FIR was lodged against him. He was arrested.

The charge-sheet said that all this while Sengar was in touch with the district police superintendent and Makhi police station in-charge Ashok Singh Bhadauria.

Later, he also talked to the doctor who examined the survivor’s father.

The case pertains to the rape of a minor girl allegedly by the lawmaker at his residence in Unnao on June 4, 2017, where she had gone to seek a job. Sengar was lodged in Sitapur district jail in Uttar Pradesh. The BJP leader had also been expelled from the BJP. Accused Shashi Singh had allegedly lured the victims into going to Sengar’s house.

Sengar and nine others were booked for murder by the CBI after the rape survivor and the advocate were injured when a truck hit their car in Rae Bareli. Her two aunts were killed in the accident. The rape survivor’s family alleged foul play.

Did you find apk for android? You can find new Free Android Games and apps.
Share
Facebook
Twitter
Pinterest
WhatsApp
Previous articleSC says Transfer of Land belonging to ST by exchange deed is void
Next article1984 anti-Sikh riots convict Sajjan Kumar to be examined for cancer at AIIMS