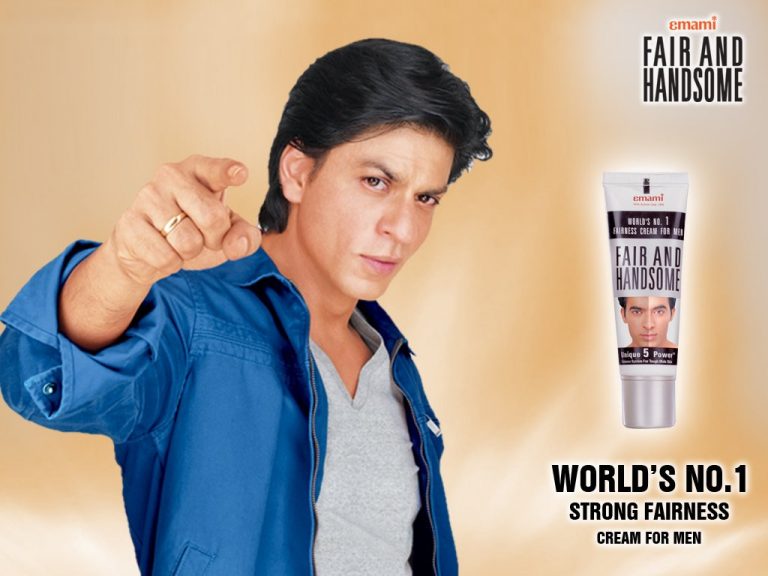 Fairness creams have been on the table for many moral dissections, for creating discrimination among the youth of India. Now it not only has a rather critical legal case to deal with, but its brand ambassador, Bollywood star Shah Rukh Khan, is being called to explain why his skin isn’t fair, even after using the Fair and Handsome Fairness Cream, manufactured in India by Emami.

In a recent move by Nikhil Jain, the person who had filed a complaint against the cream’s manufacturers Emami, has moved an application in the District Disputes Redressal Forum (Central), New Delhi, to summon Khan as a witness in the case. The Forum has sought a response from Emami.

The application has been filed by the complainant in the case which was remanded back by the State Consumer Disputes Redressal Commission to the State Forum. The said application wants Khan to be summoned to substantiate the star’s claims, since Khan does not look fair even after using the said fairness cream.

The application states: “That in order to prove and establish the present case, the complainant hereby seeks an opportunity before this Hon’ble Forum of Examination of Mr Shah Rukh Khan, Brand Ambassador, Fair and Handsome, World’s No. 1 Fairness Cream, Emami, which is imperative and needful.”

Agreeing to the plea of the complainant, the District Disputes Redressal Forum (Central), New Delhi had passed an order in 2015 in favour of the complainant, directing Emami Ltd. to deposit a sum of Rs 15 lakh as punitive damage with the Consumer Welfare Fund maintained by State Commission, Delhi.

Against this order, Emami Ltd. went into appeal to the State Consumer Disputes Redressal Commission. The State Consumer Disputes Redressal Commission observed that the District Forum did not consider all the material on record. For the reason herein mentioned, the State Forum overruled decision of district forum and sent the matter back to state forum for re-consideration.

The District Forum has asked Emami Ltd. to file a reply to the application. Matter is now adjourned July 27.