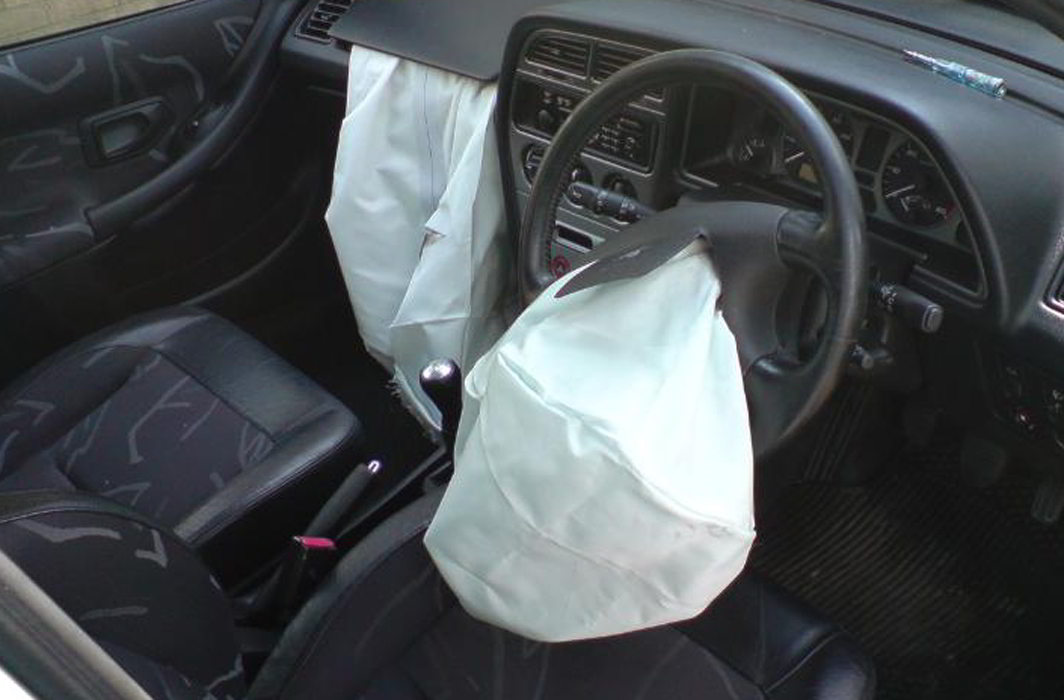 Above: A representative picture of airbags in a car

India has not been known to be too much bothered about safety features in cars or any vehicle for that matter. What’s cheap sells in India, even if they are completely unsafe. Such assumptions, however, were put to test on Friday (November 18) when the Supreme Court bench of Chief Justice Dipak Misra and justices A M Khanwilkar and D Y Chandrachud directed luxury car maker Mercedes Benz India to deposit a little over Rs 10 lakh with the court registry in a case where an airbag in one of its cars failed to deploy in an accident.

In a case that could be held as a template for future safety issues with cars in India, the complainant, the managing director of Crompton Greaves Sudhir M Trehan, was injured in a head-on collision with a truck on the Nasik-Mumbai road in 2006. The MD was injured, because the airbags, scheduled to deploy in the case of an accident, failed to do so. The MD was returning from an official trip.

The top court bench asked the car company to deposit with the court the fine of Rs 10.25 lakh that the National Consumer Disputes Redressal Commission (NCDRC) had imposed on September 11 on the company. The case has come up to the top court in a challenge that senior advocate P Chidambaram is heading.

The NCDRC verdict broke the cost amount as: Rs 5 lakh to the owner (the firm) for deficiency in services rendered, plus Rs 5 lakh to the company which owned the car for the unfair trade practices and Rs 25,000 as cost of litigation.

Chidambaram argued on a technicality, saying that the NCDRC could not have passed this order as the vehicle was purchased for commercial purposes and Crompton Greaves could be termed the consumer.

While Chidambaram argued that the NCDRC had issued conflicting directives (on unfair trade practices), in his counter-argument advocate Amir Z Singh, appearing for Crompton Greaves, said that the car was bought for the specific purpose of the travel of its MD, though it was used for other purposes as well, which would categorise this as a commercial vehicle.

C G Power and Industrial Solutions Limited (owner of Crompton Greaves) had bought the car for Rs 45.38 lakh. The car manufacturer had termed the car safest on the road. In the impact, while the driver suffered minor injuries because the airbag on his side opened, Trehan suffered grievous injuries because the airbag on his side did not deploy. He was hospitalised for more than six weeks.