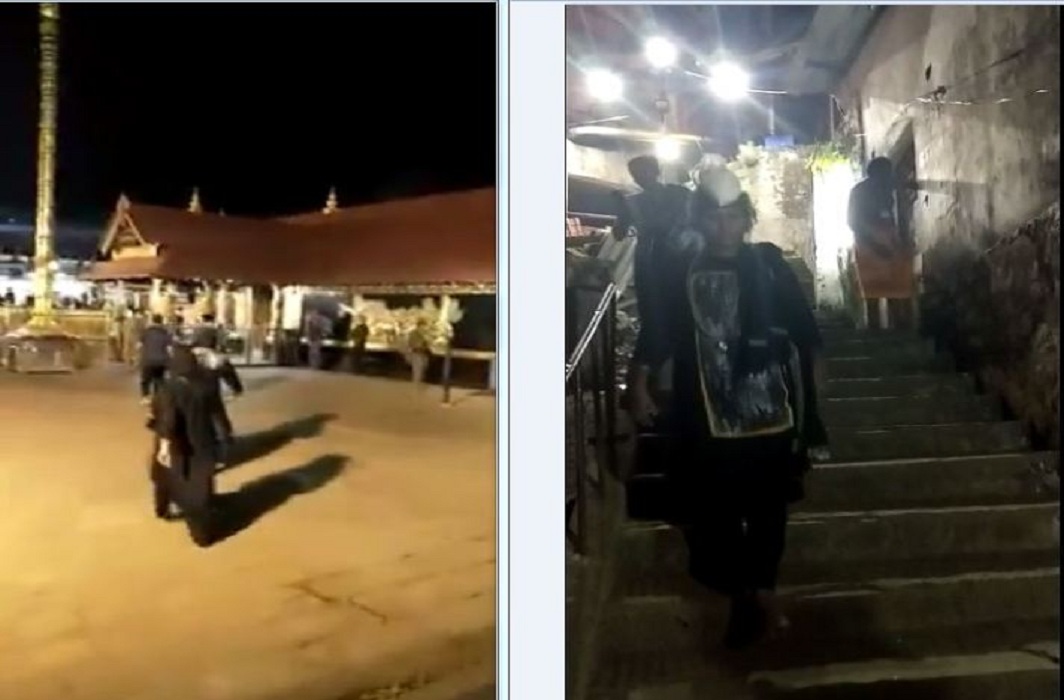 The Lord Ayyappa temple at Sabarimala, which was shut down earlier today “for purification” after two women of menstrual age sneaked in before dawn on Wednesday, has been reopened. The ‘tantri” of the temple instructed the chief priest to perform the rites after it was confirmed that two women entered Sabarimala temple, through back gate.

A few hours after reports emerged that two women, in their forties, entered Sabarimala and performed darshan, Kerala Chief Minister Pinarayi Vijayan confirmed this. Addressing the media in Kochi, the CM said, “It is true that two women climbed the shrine and the police gave them protection.”

The two women – Bindu (42) and Kanakadurga (44)  were dressed in black attire entered Sabarimala early morning on Wednesday. They were the first to get there after the Supreme Court in a historic verdict on September 29 said that the temple’s doors must be made open for all, including women between the ages of 10 and 50 who hitherto barred. They reached the sanctum sanctorum under the protection of police officers, a few of them in mufti. “In previous instances, women could not enter the temple due to protests. However, today, they might not have faced any protests and hence were able to enter,” the CM added with a smile.

He also said, “Generally, the police will provide protection to women who want to enter the temple, as I have made it clear earlier.”The women reached Pamba on Tuesday night, hours after more than 30 lakh women had lined up on the streets of Kerala to form a Wall of Renaissance.

Reacting to the development, Law Minister AK Balan said, “The Government does not decide to send women to the temple. If we did, we won’t do it quietly. To go to the temple is up to the women who are devotees. These two women had come earlier and had said that they would come again to pray. So there is nothing astounding about them entering the temple now. ”

The two women had attempted to enter the temple on December 24, but were forcibly brought down after massive protests. According to police sources, entered Sannidhanam through the north entrance of the temple and went up through the entry marked for staff.

Bindu told local media that she and Kanakadurga had conducted their Darshan at Sabarimala at around 3.30. “We conducted Darshana with police protection. We informed the police about our arrival once we reached Pamba, and faced no protests or issues from devotees.”

CCTV footage at Sannidhanam shows that the women entering and leaving the temple in two minutes.