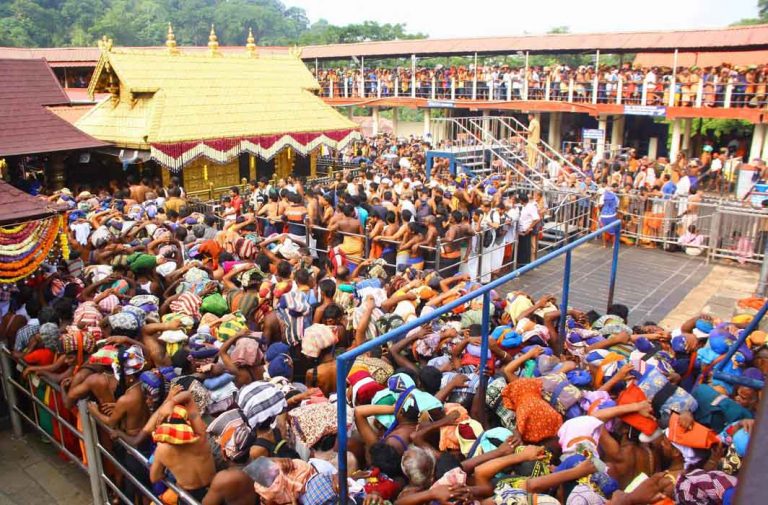 Four days after the Supreme Court ordered that a 40 year old woman,  among the first two to enter the Sabarimala temple in defiance of religious customs that barred women from entering,  be given 24 hour protection by the state police, Kanakadurga, a state government employee was thrown out of her house by her in laws.

Aweek ago, when she returned after her pilgrimage, she was reportedly beaten up by her mother in law following which she was admitted to hospital. On Tuesday when she  went back home from the hospital, she found that her husband had locked the door and left the place with his mother and two children. She is now living under police protection in a government shelter.

Kanaka Durga and another 40 year old Bindu were the first to enter the famous hilltop shrine in decades after the apex court on September 29 last year overturned the age old temple tradition and allowed women of menstrual age to enter bthe temple. They entgered the tempe under the cover of darkness escorted by state police and since then have b een targeted by fundamental elements. They were forced to stay in undisclosed locations under state protection for fear of retribution. When she returned home on the morning of January 15 after two weeks in hiding, her mother-in-law allegedly  beat her up with a stick.

The two women then approached the apex court last week  and a bench comprisingChief Justice of India Ranjan Gogoi, Justices Nageshwar Rao and Dinesh Maheshwari ruled that  they be given 24×7 police protection. The Court ruled that the state government should be responsible for providing security to the two women. The plea was opposed by several pro-Ayyappa, anti-women entry, groups who said the Court must not accept Bindu and Kanakadurga’s plea when it came up for hearing. The Court also rejected the plea that Bindu and Kanakadurga’s plea should be heard along with the 49 other review petitions on the Sabarimala issue in the Supreme Court on January 22.