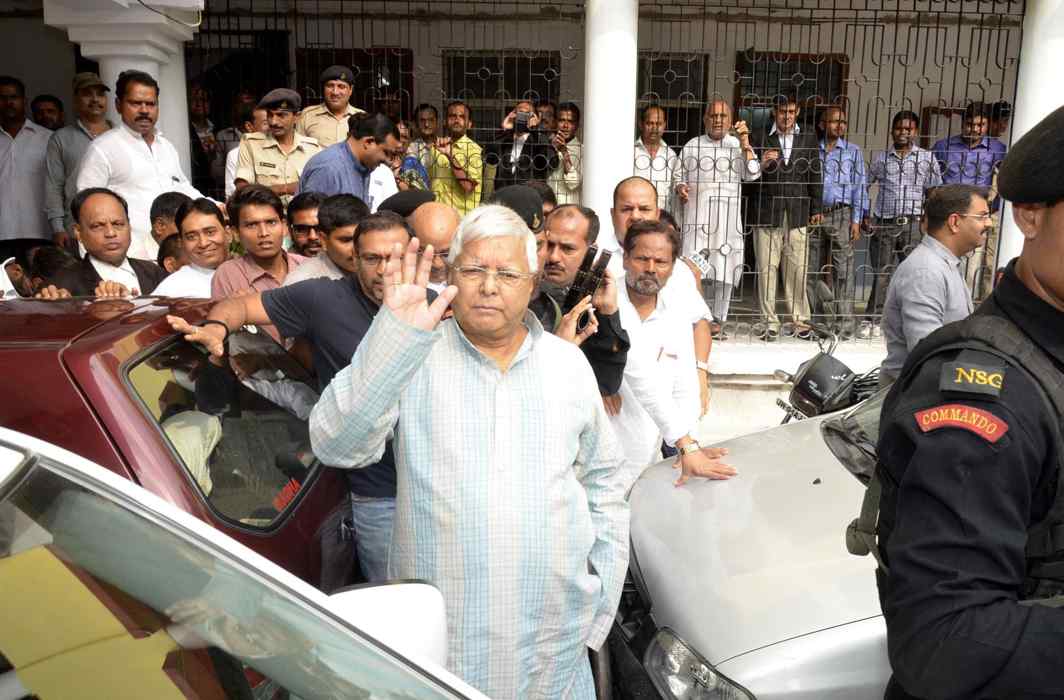 RJD chief and former Bihar chief minister Lalu Prasad Yadav, was on Saturday, sentenced to 3.5 years in jail in Deoghar Treasury case of the Fodder scam. This case was related to the embezzlement of around Rs. 89 lakh from Bihar’s Deoghar Treasury between 1991 and 1994. Here’s a timeline of how the Fodder scam – estimated at about Rs 900 crore siphoned off from different treasuries of the state – unfolded:

January 1996: The scam came into light after a raid conducted by the Deputy Commissioner of Chaibasa, Amit Khare at the Animal Husbandry Department.

March 1996: CBI roped in by the Patna High Court after increasing pressure to investigate the case.

June 1997: Lalu Prasad Yadav was named an accused in the case for the first time in the chargesheet filed by the CBI. A total of 63 cases were filed under various sections of the IPC for forgery and conspiracy.

July 1997: After filing of chargesheet and following mounting pressure from the Opposition, Lalu resigned as the Chief Minister and anointed his wife Rabri Devi to the top post. Lalu later surrendered in front of the CBI court and was sent to judicial custody.

April 2000: As the investigation progressed, Rabri too was named in the case. However, she was granted bail by the court.

October 2001: Following the bifurcation of Bihar and formation of a new state, Jharkhand, the case was transferred to the Jharkhand High Court.

December 2006: Lalu Yadav and Rabri get acquitted by a lower court in a case pertaining to Disproportionate Assets.

March 2012: CBI tightens its grip around the fodder scam and frames charges against Lalu Yadav and Jagannath Mishra, another former chief minister of Bihar. Lalu charged for forging bills from Animal Husbandry Department when he was the CM. He was also charged of illegally withdrawing Rs 47 lakh from Banka and Bhagalpur treasuries.

September 2013: Trial court convicts Lalu Yadav, Jagannath Mishra and 45 others in the Chaibasa Treasury case. Lalu was then sent to Ranchi prison and lost his membership of the Lok Sabha. He was debarred from contesting elections.

May 2017: Trial resumes in fodder scam case following orders from the Supreme Court to separately try them in the Deoghar Treasury case.

December 23, 2017: CBI Court finds Lalu Yadav and 15 others guilty. Lalu sent to Birsa Munda prison, stands convicted in two of the five cases in the fodder scam. Court set January 3, 2018 as the date for pronouncement of quantum of punishment for Lalu and other accused in the case.

January 3, 2018: CBI court defers sentencing by a day in the wake of the demise of advocate Vindeshwari Parsad.

January 4: Sentencing deferred again by a day. Special CBI judge Shivpal Singh tells Lalu he has been receiving calls from his well wishers seeking a lenient sentence for the RJD boss.

January 6: Court sentences Lalu and others to 3.5 years in jail.