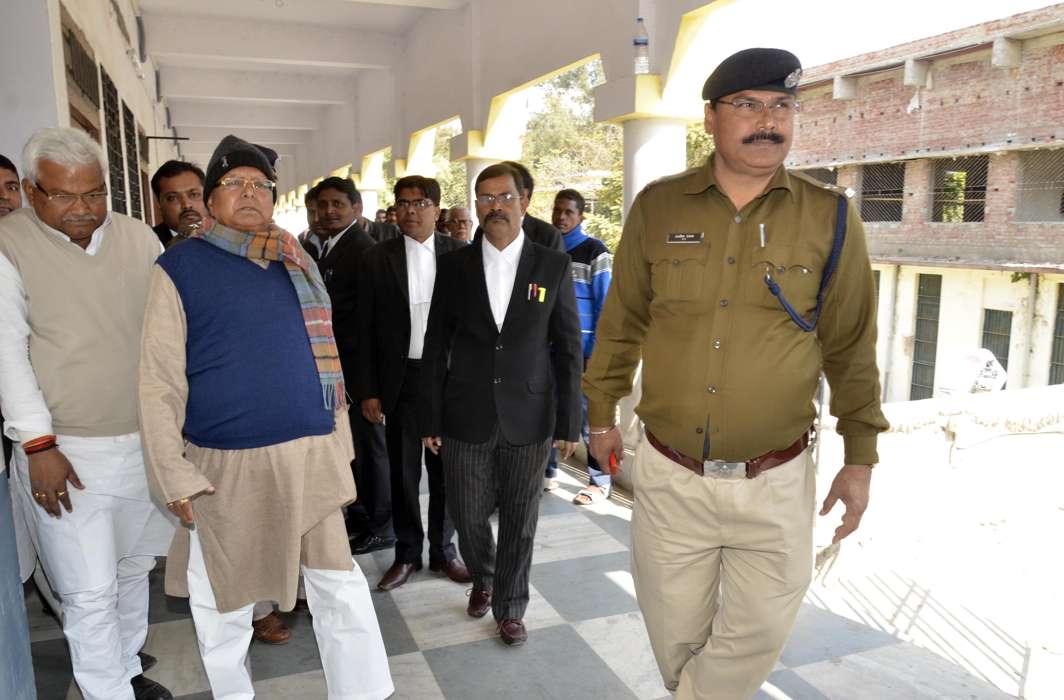 Above: RJD supremo Lalu Prasad convicted in a multi crore fodder scam case,  being taken to the special CBI Court for the announcement of the quantum of sentence, in Ranchi on January 3/Photo: UNI

The Ranchi special CBI court on Friday (January 5) once again deferred the pronouncement of quantum of punishment for RJD chief Lalu Prasad Yadav and other accused in the Deoghar Treasury case (related to the Fodder scam) to January 6.

The court concluded the arguments on Friday and said that the sentencing will be pronounced on January 6 at 2 pm via video conferencing.

Earlier, Lalu had moved a plea asking for minimal punishment keeping in mind his age and health.

The court had, on December 23, held Lalu along with others guilty of the fraudulent withdrawal of over Rs 89 lakh from the Deoghar Treasury between 1991 and 1994. The former Bihar chief minister has already been convicted to a five year jail term in one of the five Fodder Scam related cases – that linked to the fraudulent withdrawal of Rs 37.5 crore from the Chaibasa Treasury – and now has three other cases related to the alleged Rs 900 crore swindle pending against him.

The verdict in the Chaibasa Treasury case had cost Lalu his seat in the Lok Sabha and his conviction in the Deoghar Treasury case is likely to deflate his attempts at cobbling up a united Opposition front against the BJP.

Lalu, who has been lodged in Ranchi’s Birsa Munda jail ever since the court’s December 23 verdict, had been brought to the special CBI court early on Wednesday morning. However, the court decided to defer the pronouncement of verdict, citing the death of advocate Vindeshwari Prasad, one of the many counsels who are appearing in the Fodder scam trial. With the court deferring the pronouncement of quantum of sentence against Lalu and the other accused to Thursday, Lalu was sent back to the Birsa Munda jail.

Meanwhile, the special CBI court, on Wednesday, also found senior RJD leaders Tejashwi Yadav, Raghuvansh Prasad Singh and Manoj Jha guilty of contempt of court for allegedly criticising the guilty verdict against Lalu Yadav. The three leaders have been issued summons and directed to be present in court on January 23, reported news agency ANI. The agency also quoted Jha, a senior RJD spokesperson, as saying that he and his party colleagues had not said anything against the court verdict and were surprised at being held guilty on contempt charges.

Please wake up, only beca...

Please wake up, only because God is kind to you and me: Uttarakhand HC raps state govt on Covid failures in Maha Kumbh