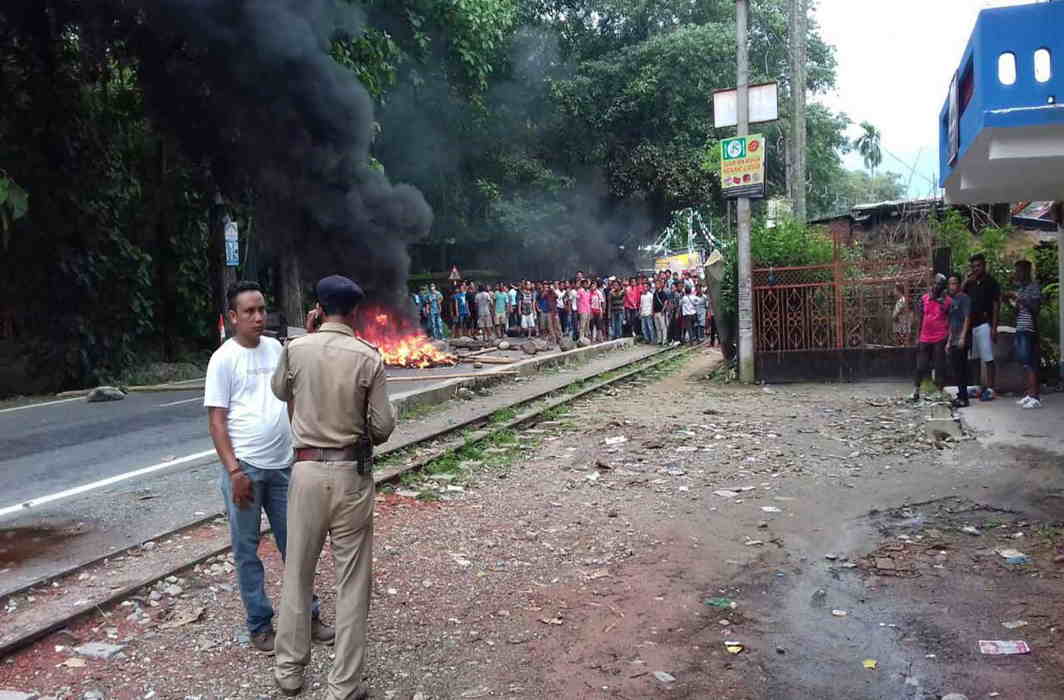 Above: Gorkha Jan Mukti Morcha activists  blocking NH-55 during a demonstration in support of their demands of separate Gorkhaland state, in Darjeeling (file picture).Photo: UNI

The Supreme Court bench of Chief Justice Dipak Misra and Justices A M Khanwilkar and D Y Chandrachud on Friday (October 27) took the case of deployment of central paramilitary forces in the disturbed Darjeeling district of West Bengal out of the hands of the Calcutta High Court, saying that the apex court would be dealing with it “holistically.”

As an interim measure, the apex court has ordered that 8 companies of paramilitary forces will remain in the area, while 7 can be withdrawn. This will be reviewed by the top court.

The Central government had moved the top court against the Calcutta High Court’s order staying the Union government’s decision of withdrawing Central Armed Police Forces (CAPF) from the Darjeeling and Kalimpong districts of West Bengal.

The petition raises the following questions of law:

On Friday the CJI asked: “How many companies were deployed earlier?”

ASG Maninder Singh said: “15 were deployed earlier, and 7 were withdrawn because of election duty. Eight remain.”

That was when the apex court ordered status quo on the number of forces and took the issue out of the high court’s hands.