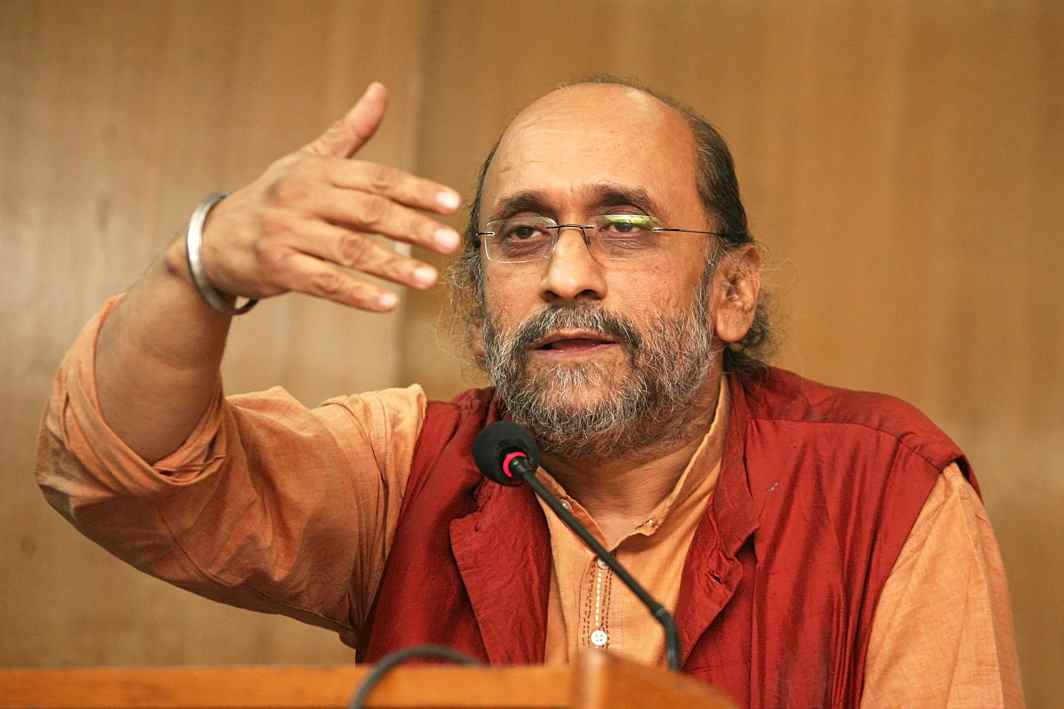 Paranjoy Guha Thakurta, former editor of Economic and Political Weekly, who was forced to resign from his post as editor by the Sameeksha Trust that owns the periodical because of a story gthat drew a lawyer’s notice from a powerful business source has released a statement.

We present his letter verbatim:

1. I have agonised for days about whether I should put out this statement, ever since the letter dated 25 July 2017 sent by eight of my former colleagues in the Economic and Political Weekly (EPW) to the trustees of the Sameeksha Trust, owners and publishers of the EPW, entered the public domain soon after it was sent. This was a letter that was not meant to have reached me. But now that it is circulating widely, I have decided it is time to respond. My silence on the points raised in the letter have been interpreted by some as my tacit acknowledgment of the claims made by some of my former colleagues. This is far from correct.

2. On the issue of my allegedly undermining the review process in the EPW, I wish to assert that I exercised my prerogative as an editor to shorten the review process in the cases of barely a handful of articles out of the hundreds of articles that were published in the print and web editions of the EPW in the 15 months that I was
privileged to serve in this position. I wish to place on record that among this handful of articles was one that was strongly recommended for publication by one of the Trustees of the Sameeksha Trust. After this article was published, it attracted a strong rejoinder which too was published. The same Trustee also wrote an email to me expressing unhappiness at the rejection of a particular article. While it is not normal practice in the EPW to specify the reasons for rejecting an article, in this instance, because a specific complaint had come from a Trustee, I requested the reviewer to specify the reasons for rejecting the article. These reasons were then emailed to the Trustee who retorted with a harangue questioning the decision of the reviewer. I wish to, therefore, categorically deny the claim that I have undermined the review process in the EPW.

3. On the claim that I favoured my close associates by promising to pay them substantially more than what the EPW normally pays its contributors, the following facts should be noted. One particular investigative article by Subir Ghosh (my co-author and close associate) on the cartels that were apparently responsible for the spike in the prices of tur and urad dal was published on the website of the EPW. This article was written after more than a month of research based on a perusal of thousands of pages of documents that were leaked to me by a whistleblower. Another article on Kingfisher Airlines by Nihar Gokhale (a freelance journalist who could become my close associate) was published on the EPW website based on leaked internal documents of a bank. I proposed a payment of Rs 30,000 and Rs 20,000 respectively for the two authors of the two articles which I felt would be commensurate with the efforts they had put in. These were not the typical articles contributed to the EPW for which the authors are paid token amounts. The articles were specially assigned. An important point to note in this context is that the EPW recently received a generous grant from a foundation for its digital edition and one component of this grant was specifically meant for “corporate investigations” and “web exclusives” for which a separate budget has been earmarked. Nevertheless, I had in addition raised a sum of Rs 50,000 from an individual as a donation for corporate investigations. This person subsequently withdrew his donation on learning about my resignation. At this point of time, neither Ghosh nor Gokhale have been paid the amounts I had “promised” them.

4. On the question of the editor writing signed articles, from the day I joined the EPW as editor on 04 April 2016 till the day I resigned 15 months and 15 days later, eight articles written and/or co-authored by me have been published in the digital and/or print editions of the EPW. I have never been ashamed of the fact that for the forty years I have been a journalist, I have been a reporter for much of the time. Over and above the articles I authored or co-authored, I had during my tenure as editor been responsible for publishing close to two dozen articles that may be described as “investigative” in nature. I wish to state that not only did these articles attract more than the usual number of readers to the website of the EPW, but also that not a single fact published had to be retracted or were contradicted. My former colleagues refer to an article on alleged over-invoicing of imported coal by prominent private and public companies that I published on the very first day I joined the EPW. That was also the day I received a copy of a document (on which the article was based) that had been sent to 50 different government establishments. I wanted the EPW to be the first to publish the news and indeed, after the EPW published the report, it was picked up by a number of Indian and international dailies and publications.

5. It has also been alleged by my former colleagues that I had compromised the “egalitarian” work culture in the EPW. They are indeed entitled to their opinion. I do not agree with them. I believe I did try and accommodate the viewpoints of my former colleagues even when I vehemently disagreed with them. It is up to the larger community of the EPW to evaluate the contribution I made to this reputed publication.

6. What has pained me the most is the claim that I have on occasions used inappropriate and sexist/sexual language in office. On only one (repeat one) occasion, did I inadvertently use a phrase in a conversation with a woman colleague that may have been considered inappropriate. On realising this, I immediately apologised to her. Later in the day I followed it up with an email to her placing on record my apology for what I had said. I cannot prove what I have stated as my email account with the EPW has been suddenly blocked. It is important to note that if my way of functioning with my women colleagues in office had on occasions caused them discomfort as is being alleged in the letter to the Trustees, I am not aware if any formal complaint was ever made. That this is being made an issue now seems like it is part of a bigger agenda to malign me personally.7. I am taking particular umbrage at the decision to suddenly block what used to be my official email account. This is contrary to the explicit assurance that had been given to me that I would be allowed access to my EPW email account for a few weeks after my resignation from the post of editor of the EPW on 18 July. I sincerely hope that what is contained in my EPW email account will not be tampered with. I also hope I will still be given an opportunity to access my email account to retrieve what is rightfully my own work.

8. I am particularly thankful to my former colleagues for expressing their disagreement with the manner in which the trustees of the Sameeksha Trust directed/instructed/ordered me on 18 July to pull down an article on Adani Power Limited ostensibly because a lawyer representing the company had sent the EPW a letter/notice alleging defamation without having moved a court of law. My former colleagues have rightly perceived this action as an encroachment on editorial autonomy.

9. In conclusion, I wish to reiterate that the institution that is the EPW is far bigger than any individual and will always be that way. Its survival and further development, I believe, is the responsibility of the larger EPW community that has sustained and nurtured it.