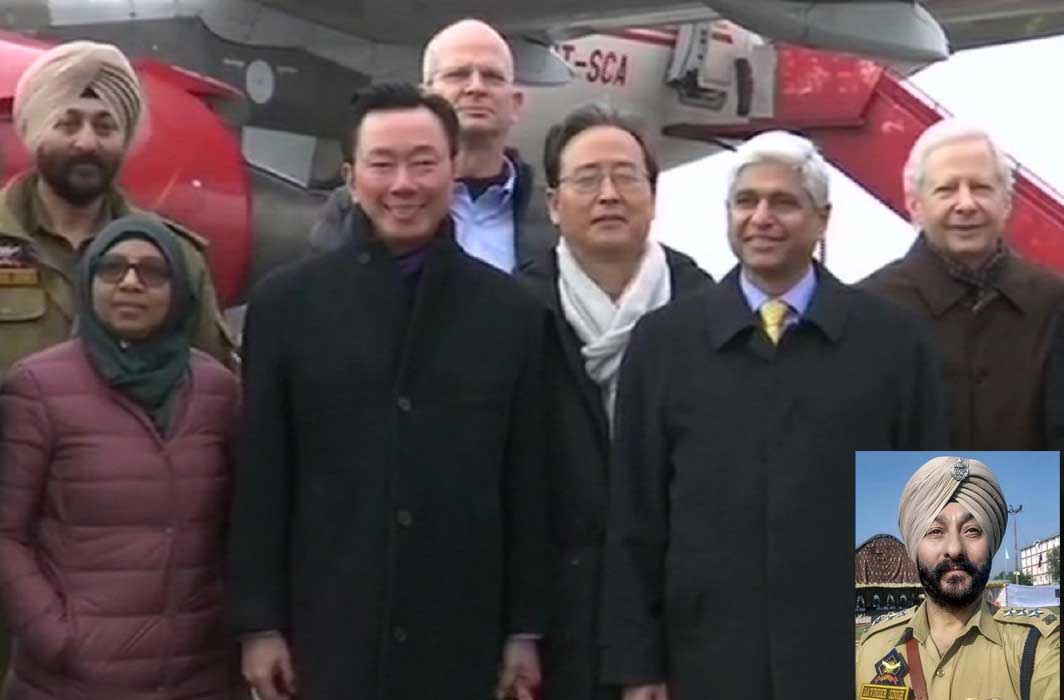 DSP Davinder Singh, the highly decorated Jammu & Kashmir police officer who was arrested earlier this month for helping ferry terrorists out of Jammu & Kashmir has had his multiple commendation medals forfeited.

On January 15, two days after his arrest, the Jammu & Kashmir administration forfeited the Sher-e-Kashmir Police Medal for Gallantry awarded to him in 2018. And on Monday the administration forfeited the DGP’s commendation medal and certificate given to the disgraced officer. An order issued by the Director-General of Police Dilbag Singh announced the forfeiture of DGP’s commendation medal and certificate which was awarded to the now-disgraced officer on December 31, 1998.

“Consequent upon the arrest of Davinder Singh, Dy SP on January 11, while trying to assist terrorists to travel outside J&K and recovery of arms and ammunition, which amounts to disloyalty and conduct that has brought the force into disrepute, the DGP commendation medal along with certificate awarded to him on December 31, 1998 is hereby forfeited,” the order read.

Last week, the Jammu and Kashmir Police had to deny reports which said that Davinder Singh was the recipient of the President’s medal for gallantry. Some media reports have claimed that Singh was awarded the police medal for meritorious services on Independence Day last year. The recipient of the medal was another officer with the same name, it said.

Singh was posted at the Srinagar International Airport. Earlier he was in the anti-hijacking squad of J&K police, and before that as part of the special operations group when the elite force was established. He was posted as an inspector in the SOG, and due to his successful anti-terror operations, he had got an out-of-turn promotion as DSP.

Did you find apk for android? You can find new Free Android Games and apps.
Share
Facebook
Twitter
Pinterest
WhatsApp
Previous articleArticle 370: Centre opposes Referring the Abrogation of special status to Larger Bench
Next articleSC asks Parliament to take fresh look whether exclusive powers of disqualification be vested with the Speaker