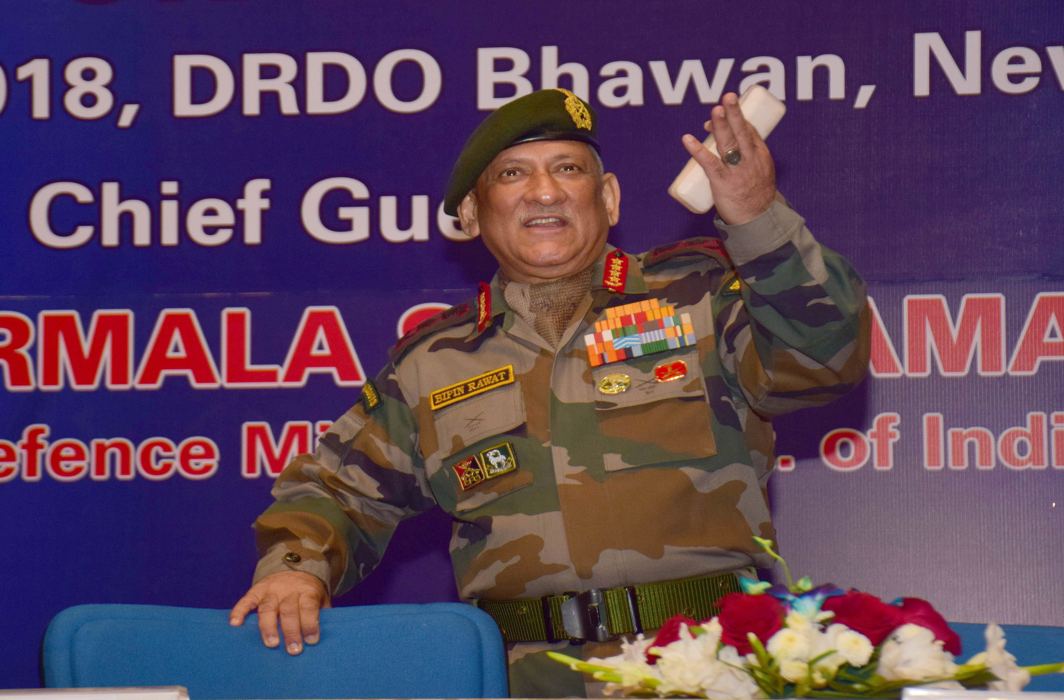 Indian Army chief General Bipin Rawat’s recent comments have, expectedly, not gone down well in Pakistan. At least one lading Pakistani daily has come out and said that the danger of an India-Pakistan conflict is only growing.

According to agencies, Rawat’s claim to the media that his force was ready to call Pakistan’s “nuclear bluff” and cross the border to carry out any operation if asked by the government possibly hit the Pakistani media below its belt. Rawat was replying to a question on the possibility of Pakistan using its nuclear weapons in case the situation along the border deteriorates.

Rawat has been quoted as saying: “If we will have to really confront the Pakistanis, and a task is given to us, we are not going to say we cannot cross the border because they have nuclear weapons. We will have to call their nuclear bluff.”

At this the leading Pak daily Dawn has said in its editorial: “With the army chief appearing to suggest that the Cold Start doctrine has become a core part of Indian military strategy against Pakistan, the danger of a general conflict between Pakistan and India is growing. Crossing the international border is an act of war, and Pakistan would simply have no option but to respond.”

‘Cold Start doctrine’ was developed by the Indian Army for a possible war with Pakistan. This doctrine involves various branches of the Army conducting offensive operations as part of unified battle groups.

Teh editorial said: “From the very beginning, the logic of Cold Start threatened to elevate the risk of nuclear conflict between Pakistan and India, and yet India has pursued it while denying its existence for many years.

“These are certainly not hopeful times for those desiring the normalisation of ties between Pakistan and India ultimately,” it said.

Meanwhile, in Islamabad the Pakistani Senate’s Standing Committee on Defence approved a resolution against the recent statement of Indian army chief on Monday, another agency report has said quoting media outlets.

The committee, in its resolution, stated that Pakistan will raise the statement of the Indian army chief on every diplomatic platform, and that the Pakistan armed forces are capable of giving a befitting response to India.

Foreign Minister Khawaja Asif earlier in his response to the statement said that it amounted to an “invitation for a nuclear encounter.”

Describing the statement as “very irresponsible”, Asif said it wasn’t befitting of the office of the Indian army chief.