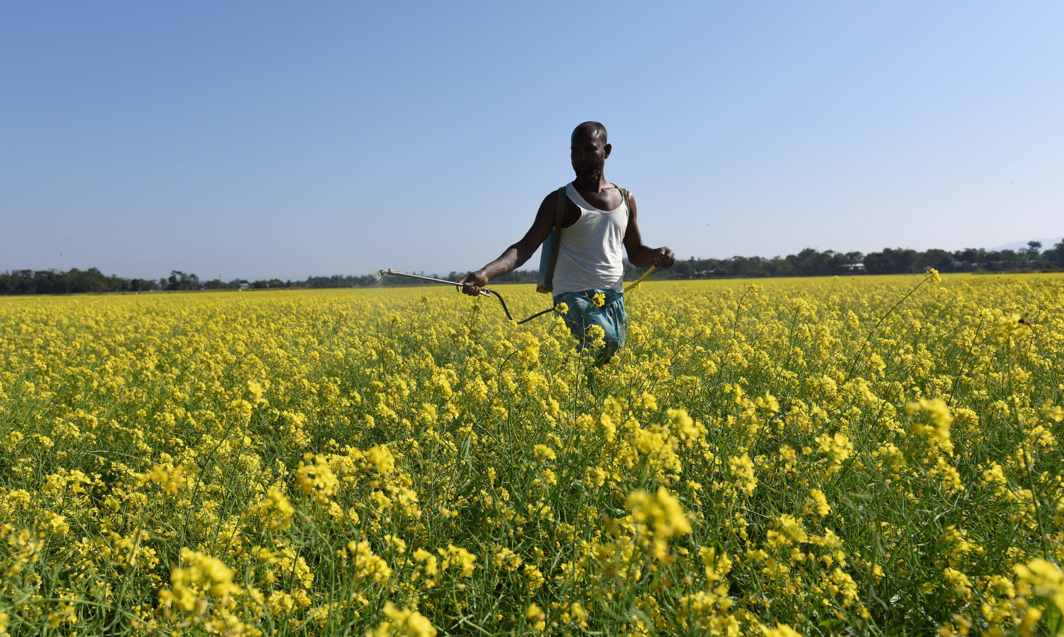 Above: A farmer spraying pesticide in his mustard field at Mayang village near Guwahati. Photo: UNI

The Supreme Court bench of Chief Justice JS Khehar and Justice DY Chandrachud on Monday (July 24) took a cautious line on the issue of Genetically Modified Organisms (GMO), especially GM mustard seeds, ordering that the government should have its engineers/scientists file an affidavit, detailing its impact on the future and other crop.

The apex court is deciding on an application filed by activist Aruna Rodrigues, seeking an urgent stay on the commercial release of GM mustard. With the decision on commercial approval of GM mustard on the anvil, anti-GMO campaigner Rodrigues had filed the petition, seeking a moratorium on the release of any GMOs into the environment pending a rigorous bio-safety protocol conducted by independent expert bodies.

At the last hearing, senior advocate Prashant Bhushan argued that the GM seeds will impact the natural seed crop and that there is no mechanism in place to check the GM mustard seeds.

On Monday, Additional Solicitor General Tushar Mehta submitted that the government has 15 kg of experimental seeds which will be used to plant new crop from it. After two years, these will be used for commercial purpose.

Bhushan said: “My problem is that they should experiment in a greenhouse and should not experiment in the open, because then the nearby areas may get contaminated. GMOs are are banned in several countries.”

The bench gave its order and listed the matter for next Monday (July 31).