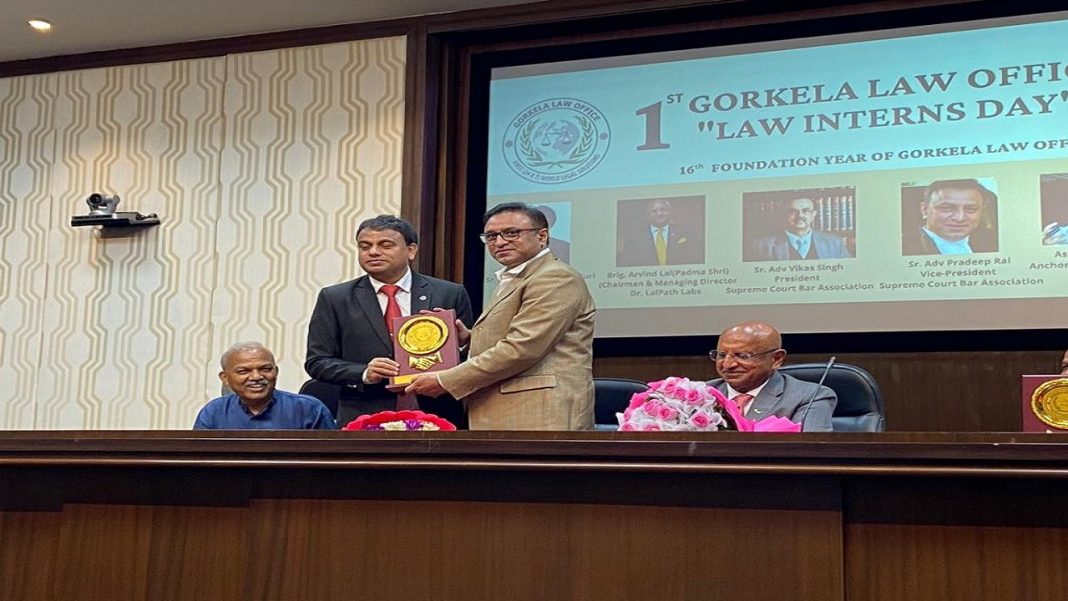 Law interns are the unsung pillars of the legal fraternity in India and abroad, and are often uncredited for their efforts behind many a legal victory, be it seminal or mundane. Given the importance of law interns, the Gorkela Law Office (Advocate on Record) celebrated the 1st Gorkela Law Office Law Interns Day on Monday, September 27, at the New Maharashtra Sadan, KG Marg, New Delhi. September 27, 2021 also marks 14 years since the establishment of Gorkela Law Office.

September 27 is the Founder’s Day at Gorkela Law Office since its founder Deputy Advocate General Manoj Gorkela’s birthday. Manoj Gorkela was born and brought up in a tribal area and he completed his primary education from Munsyari, District Pithoragarh, Uttarakhand. He faced numerous struggles in his journey of becoming Deputy Advocate General at Supreme Court of India and legal Interns have played a very significant role in his success.