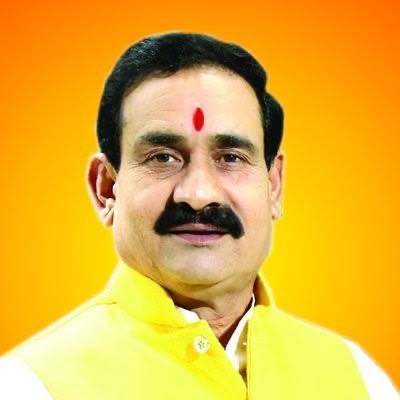 New Delhi (ILNS): Madhya Pradesh Home Minister Narottam Mishra today said that the state government will soon bring in a “love jihad” bill in the state assembly which would recommend five years of rigorous imprisonment for the violators.

Mishra said: “We will bring legislation against ‘love jihad’ through Madhya Pradesh Dharma Swatantrya Vidheyak in the coming session of assembly. There will be provision to declare marriages taking place forcefully, out of fraud or by tempting someone, for religious conversion, null and void. Those assisting in committing this crime will also be considered a party to the crime.”

The minister added that it will be mandatory for those opting for ‘voluntary conversion for marriage’ to apply to the collector a month in advance and no community will be targeted under the law.

Mishra also told the media: “The bill proposes a rigorous imprisonment for the period of five years for luring a person through fraud and forcing marriage by religious conversion.” He added that such offence will be non-bailable.

Notably, earlier the Karnataka and Haryana governments had also said they were considering legislation against “love jihad.” The issue has gained prominence after a 21-year-old student was shot dead outside her college in Haryana’s Ballabgarh town and the victim’s family alleged that the accused had been pressuring her to convert and marry him.

Earlier this month, Karnataka Chief Minister BS Yediyurappa said his government was keen on bringing in such a law against religious conversion in the name of “love jihad”. Recently, Uttar Pradesh Chief Minister Yogi Adityanath had also said that he would bring an effective law against ‘love jihad’. Last year, the Himachal Pradesh assembly had passed a bill against conversion by force, inducement or through marriages solemnised for the “sole purpose” of adopting a new religion.

There is speculation in certain sections, however, that this law might run against some fundamental rights, especially Article 21 (specifically the right to personal liberty). The right to marry a person of one’s choice can be derived from that, says a school of thought.

Earlier, in September the Allahabad High Court, while referring to its earlier order refusing to grant police protection to a newly-married couple, had said that religious conversion only for the purpose of marriage was not acceptable.

Did you find apk for android? You can find new Free Android Games and apps.
Share
Facebook
Twitter
Pinterest
WhatsApp
Previous articleNo power to blacklist unless the show-cause notice clearly mentions that clause and intent, says Supreme Court
Next articleBe sensitive while dealing with children in conflict with law, says Meghalaya High Court