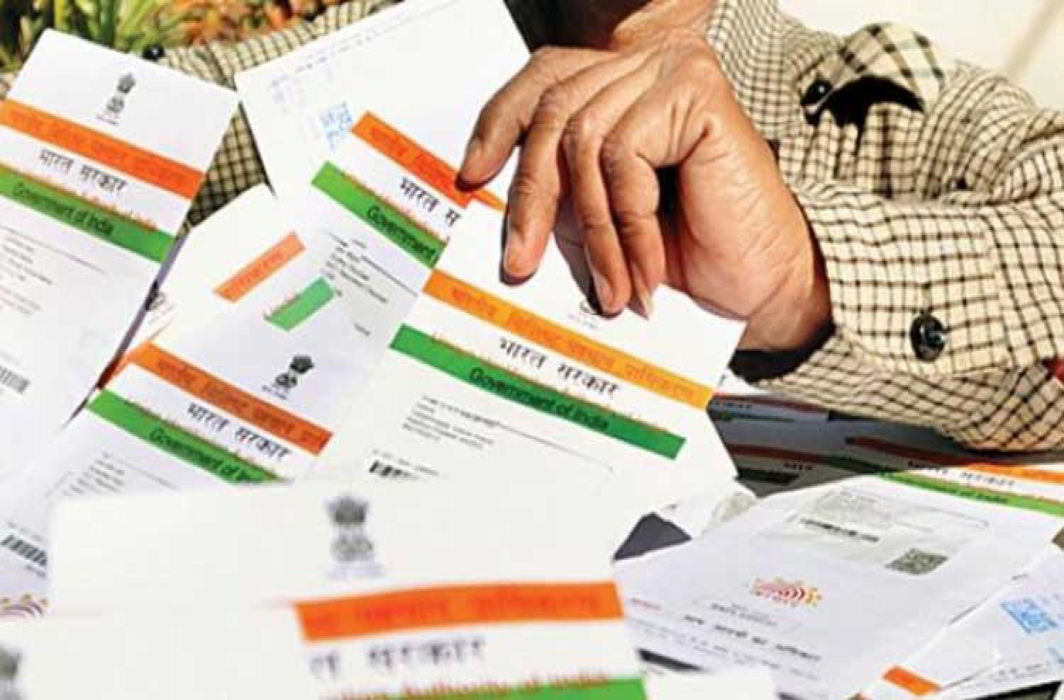 In this age of depressing developments, here is a piece of good news. This refers to the many bank account holders in the country, who have been harangued by pesky calls, messages and e-mails from banks or “central government orders” claiming that your bank accounts will be blocked if they aren’t linked with your Aadhaar number.

In a reply to Yogesh Sapkale of online news portal moneylife.in, sought under the Right to Information (RTI) Act, the Reserve Bank of India has clarified that: “The Government has issued a Gazette Notification GSR 538(E) dated 1 June 2017 regarding Prevention of Money laundering (Maintenance of Records) Second Amendment Rules, 2017, inter-alia, making furnishing of Aadhaar (for those individuals who are eligible to be enrolled for Aadhaar) and permanent number (PAN) mandatory for opening a bank account. It may be noted that Reserve Bank has not yet issued instruction in this regard.”

The central bank’s response, in layman’s terms, means that the order to link your bank accounts with your unique identity Aadhaar number has not been authorised by the RBI – which is responsible for laying down guidelines and rules for operations of banking institutions. Instead, the so-called mandatory order has been issued by the Prime Minister Narendra Modi-led BJP government. In effect, the RBI’s response means that it is the Modi government that is forcing all banks to ask their customers for linking their bank accounts, in their own capacity, something that can be construed as a violation of an earlier order over Aadhaar that has been issued by the Supreme Court as well as a case of executive overreach.

According to moneylife.in, the RBI was asked through an RTI application to provide “copy of the file along with file notings regarding mandatory linking of Aadhaar number with bank accounts”. The RBI responded to the application saying it “has not issued any instruction so far regarding mandatory liking of Aadhaar number with bank accounts.”

The portal adds further that to Sapkale’s explicit query on whether “the RBI had taken permission from the Supreme Court for mandatory linking of bank accounts with Aadhaar number, especially when the apex court had restricted its usage for six schemes, the Reserve Bank stated that is has not filed any petition before the SC.”

The RBI’s clarification comes at a time when questions are being raised by economists, Opposition leaders, activists and common citizens alike over the legal validity of the perceived coercion of bank account holders to link their accounts with their respective Aadhaar numbers even as the matter is still pending before the Supreme Court for resolution. So far, the SC has only upheld the mandatory linking of Aadhaar with six schemes- those under which the Centre is providing direct benefits or subsidies to individuals.

The central bank’s response also comes close on the heels of the appalling tragedy in Jharkhand where a minor girl reportedly died of starvation because her family couldn’t get food items from a government-run shop as their ration card had not been linked with their Aadhaar number.

Moneylife.in notes that the Centre’s Gazette Notification [GSR 538(E)], which the RBI has mentioned in its reply, “is also in contravention with the orders passed by five-judge Bench of the Supreme Court as well as Aadhaar Act 2016.”

“After hearing the learned Attorney General for India and other learned senior counsels, we are of the view that in paragraph 3 of the Order dated 11 August 2015, if we add, apart from the other two Schemes, namely, PDS Scheme and the LPG Distribution Scheme, the Schemes like the Mahatma Gandhi National Rural Employment Guarantee Scheme (MGNREGS), National Social Assistance Programme (Old Age Pensions, Widow Pensions, Disability Pensions) Prime Minister’s Jan Dhan Yojana (PMJDY) and Employees’ Provident Fund Organisation (EPFO) for the present, it would not dilute earlier order passed by this Court. Therefore, we now include the aforesaid Schemes apart from the other two Schemes that this Court has permitted in its earlier order dated 11 August 2015. We impress upon the Union of India that it shall strictly follow all the earlier orders passed by this Court commencing from 23 September 2013. We will also make it clear that the Aadhaar card Scheme is purely voluntary and it cannot be made mandatory till the matter is finally decided by this Court one way or the other.”

The apex court is scheduled to hear a bunch of Aadhaar-related petitions in November.

The RBI reply, though bringing clarity on its role – or rather the absence of it – in sanctioning linking of Aadhaar numbers with bank accounts of customers, doesn’t however explain whether individuals can object to coercion from their respective banks when asked to link their accounts with their unique identification number.