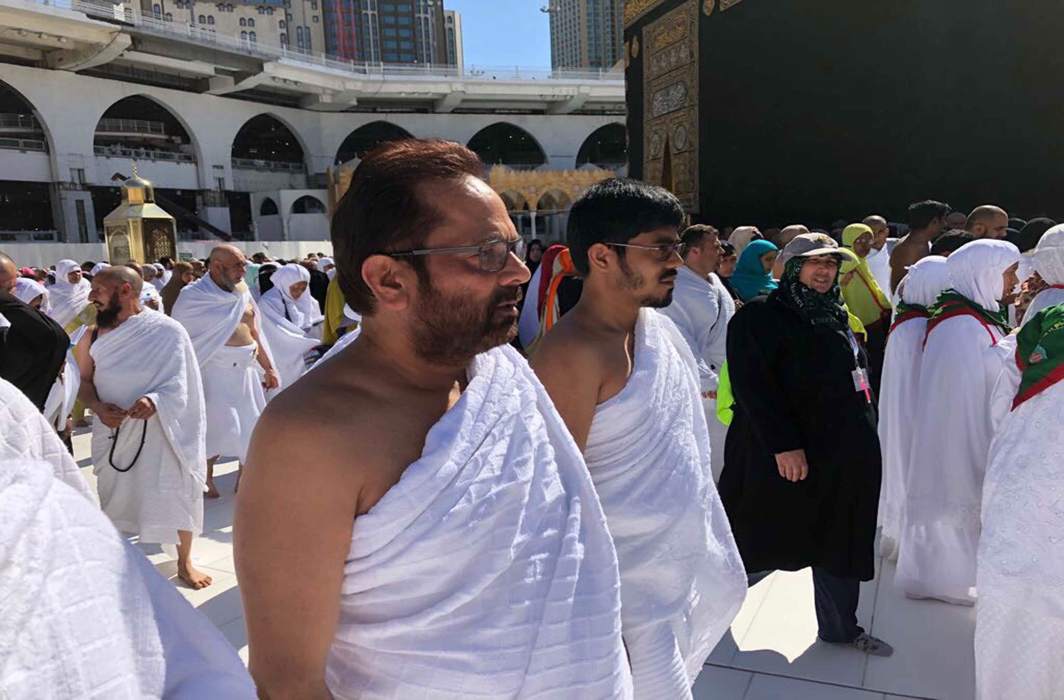 In an expected move, the BJP government on Tuesday (January 16) announced the scrapping of Haj subsidy given to pilgrims to the holy site of the two holy mosques in Saudi Arabia. Mukhtar Abbas Naqvi, the Union Minority Affairs Minister, made the announcements saying that it is a part of the government’s policies “to empower minorities with dignity and without appeasement”.

The Muslim pilgrims going on Haj from India used to fly at cheaper rates on Air India and the government also provided help to the pilgrims to reach specially designed Haj terminals at the airport along with food and medical care. Naqvi said the Muslims did not benefit from it and that “development with dignity” is what the government believes in. The money of the Haj subsidy “will be used for educating girls”.

Naqvi said that despite the government’s move to withdraw Haj subsidy, a record number of Muslims—1.75 lakh will be undertaking the pilgrimage this year. As per the government this is because Saudi Arabia increased India’s quota by 5, 000. Naqvi said that now Indians would be able to go on pilgrimage by ships, which is cheaper than flying. Officials from both the countries would sit together to finalise the matter.

The decision comes after the ministry of minority affairs had constituted a committee to review the current Haj policies and suggest a new one for the year 2018-2022. The panel was constituted after the Supreme Court in its 2012 order had said that the subsidy should be withdrawn gradually by 2022. The panel submitted its report in October last year. The panel headed by former secretary Afzal Amanullah had recommended ending of subsidy and allowing women above 45 to go on Haj without male relatives, in a group of four. The Indian government had allowed the latter a few days ago.