The Gujarat government accepted state director general of police PP Pandey’s offer to quit on Monday after the Supreme Court gave its sanction during the day. The DGP had written to the state government asking it to revoke his extension till April 30.

The apex court had on Friday (March 31) asked the state government to submit its response by April 3 on a petition filed by former Mumbai police commissioner JF Ribeiro. The petition alleged that Pandey was reinstated in service, promoted and even rewarded when he was still one of the accused in the Ishrat Jahan murder (2004) case, and couldn’t be allowed to continue in the top post. Pandey is currently out on bail.

The petitioner also pleaded that there were many police officers who had stood against Pandey in the case, and they were now under his command. Pandey could use his official powers to influence them, it stated. It also pointed that the CBI had also filed a chargesheet against the top state cop in the Ishrat Jahan case. It also opposed Pandey’s alleged application for discharge.

Pandey’s services were extended till another three months by the centre, on the recommendations made by the state government.

The High Court had earlier handed over the case to CBI after a SIT (formed by the high court) probe revealed that the killings were a result of a fake encounter. Pandey was reinstated in February 2015 and made a DGP in April 16, 2016. 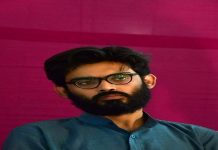 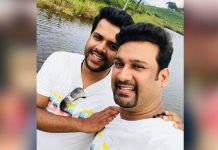