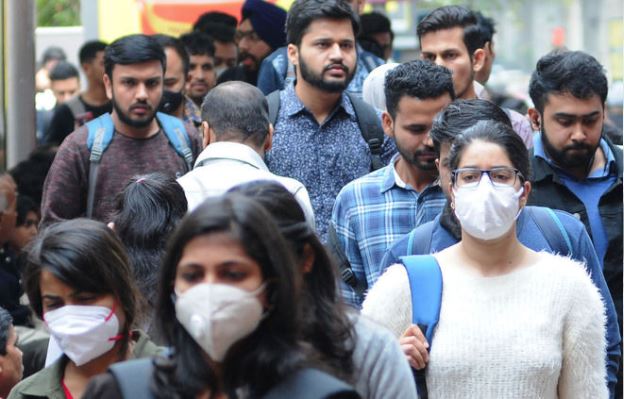 The Gujarat High Court held that imposition of fine on not wearing masks is not acting as a sufficient deterrent among the people and the State Government may consider making violators work at Covid-19 centres.

The division bench of Chief Justice Vikram Nath and Judge JB Pardiwala said this while hearing a PIL filed by Advocate Vishal Awtani.

The bench has asked the Government to submit a reply in the petition. The bench, while commenting on the case of people leaving the house without masks, said that it is necessary to tell such people the fear of the law. If punishment should be given to such irresponsible people by sending them to Covid centers, they will not forget to wear masks for life.

The court said that they believe that those caught without masks should be sent 10-15 days to do non-medical service at Covid Care Center along with their penalties instead of being released after the punishment. If strict rules are brought, people will follow the rule of wearing masks. This will help control corona infection.

The Court made this remark during the hearing of the Petition. Advocate Vishal Awtani had filed a Petition demanding that people who do not wear masks be charged a fine of Rs 2,000 as well as community service in Covid care centers. To this demand made in the Petition, the bench appeared positive and agreed.

The bench remarked, “People did not comply with the rules of wearing masks during Deepawali, which is why the situation has worsened after Deepawali.” The bench also pulled up the Gujarat Government for not strictly adhering to the rule of wearing masks.

The court also said a newspaper report was disturbing, saying that out of 100 people caught without masks, 47 were found to be corona positive. There are reports of no symptoms in them. One such person can infect 200 people. This is like taking into consideration the demand to send people not wearing masks to the Covid Care Center.

The final decision will be discussed by the Court with the State Government on December 1.