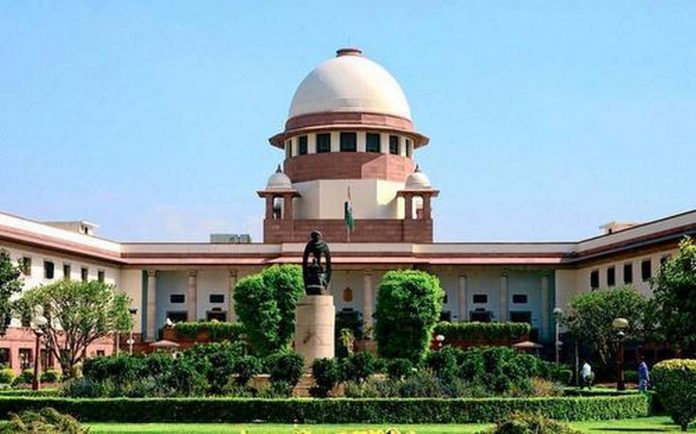 The Jamiat Ulama-i-Hind (JUH) moved the Supreme Court on Friday demanding action against those making provocative anti-Muslim speeches across the country.

The plea filed by the JUH and scholar and social activist Maulana Syed Mahmood Asad Madani sought the issuance of appropriate directions in relation to the alleged continuous attack on Prophet Mohammad and disparaging remarks by various persons in different parts of the country, attacking the very belief system of the Muslim community at large.

In the light of mandatory direction passed in the case of Tehseen Poonawala v Union of India, the petition prays for the report from the Central Government in relation to the action taken by different state mechanisms in relation to alleged hate speeches, more particularly, those targeting the Prophet Mohammad (PBUH).

It further prays for an independent committee for compiling all the complaints relating to hate crime in the country and for a court-monitored investigation and prosecution of the hate crimes.

According to the petition, various instances of derogatory remarks made against Prophet Mohammad and calls for violence were made against the Muslim community by several persons across the country.

“Insulting Prophet Mohammad (PBUH) is akin to attacking the very foundation of Islam. It has been further submitted that such speeches go beyond the limits of a permitted critical denial of another’s beliefs, and are certainly likely to incite religious intolerance, and the State and Central Government authorities ought to consider the same to be incompatible with respect for the freedom of thought, conscience and religion and must take proportionate restrictive measures.”

The petitioners relied on a report of Uttar Pradesh Police arresting over 100 Muslims for holding a protest against the remarks of Yati Narasinghanand Saraswati, a priest of a Dasna temple, the campaign and protests against Friday namaz in Gurugram, and rallies held in Tripura in which derogatory slogans were made against the Prophet. The petitioners said derogatory remarks and abusive speeches against Muslims have resulted in violence and even the killing of individuals.