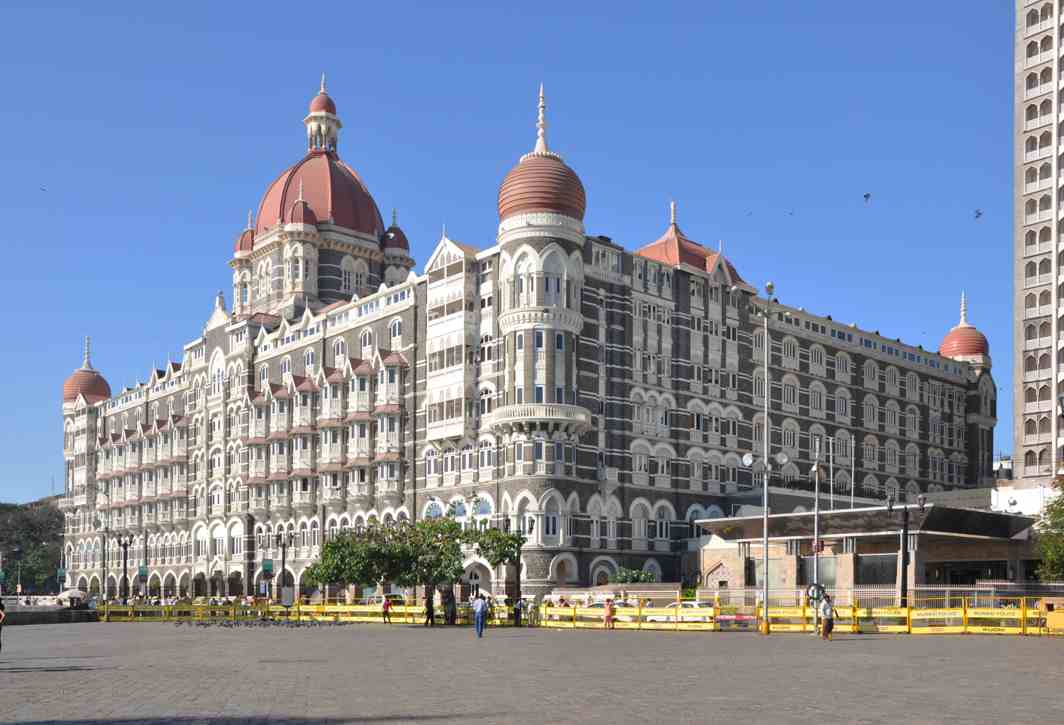 An unspecified number of employees at the iconic Taj Mahal Palace Hotel in Mumbai have tested positive for the Coronavirus. The numbers range from 13 to 22 but it shows that the humanitarian decision by the Tata-owned Indian Hotels Companies Limited (IHCL), to open its doors to medical personnel engaged in Coranavirus cases, and offer them free five star accommodations does not come without some risk.

The sea-facing hotel, located in Colaba, and considered the flagship property of the group, has, along with its other properties in Mumbai, no paying guests, but is accommodating medical staff battling the Covid-19 outbreak. In a statement, the group said that approximately 500 of its employees were tested for coronavirus in Mumbai, without confirming the number of infections. “Those who have tested positive mostly were asymptomatic showing absolutely no signs of illness.”  As a consequence, other employees who were in contact with the infected staffers have been put in quarantine.

The hospitality industry, like aviation and tourism, has been severely impacted because of the coronavirus pandemic but hotels in India, and across the world, have been opening their doors to medical personnel who are working in nearby hospitals. About 45,000 hotel rooms across the country belonging to chains such as ITC, IHCL, The Lalit, Lemon Tree, Radisson Hotels and InterContinental Hotels, while many others have been set aside for quarantining suspect patients, asymptomatic air travelers or accommodating medical staff. In Delhi, the Kejriwal government has taken over the five-star Lalit Hotel in the heart of the capital to accommodate doctors and medical staff but whether the state will be paying or reimbursing some of the costs are unclear. Indian budget hotel chain Oyo has pledged to offer free accommodation to frontline health-care workers and those stranded overseas. Six Taj Hotels under the Indian Hotels Company Limited (IHCL) in Maharashtra are taking in medical personnel and include the Taj Palace Hotel, Colaba, and the Taj Land’s End in Bandra, Taj Santacruz, The President, Ginger MIDC Andheri and Ginger Madgaon. Two other properties – in Goa and Noida– have done the same. While the Taj group has led the campaign to honour medical workers, some hotels had no choice. The Yogi Adityanath government in Uttar Pradesh has taken over four five-star hotels in Lucknow to lodge doctors, medical workers and paramedic staff. They include the Hyatt Regency, Lemon Tree, The Piccadilly and Fairfield by Marriot.

All these hotels are taking extreme measures to protect their employees and new guests. Many have introduced a single point of entry and screening stations for employees and even medical staff returning from shifts. Food facilities are organised to ensure no contact between guests and the hotel staff. Rooms are disinfected once they are vacated and left unoccupied for 48 hours. Despite that, as the unfortunate Taj episode shows, the risk of infections is ever-present. Because they work directly with the infected, first responders such as doctors, nurses and other medical personnel are at a higher than average risk to contract the illness. They are also more likely than the general population to be asymptomatic carriers. All the Taj employees who tested positive were asymptomatic, meaning they showed none of the symptoms associated with the disease that has devastated the entire world. For the Taj Palace Hotel, it is a grim reminder of the unseen and unforeseen, dangers that such iconic properties seem to attract. The newly released film Hotel Mumbai was based on the 2008 terrorist attacks that set the property ablaze and took the lives of so many of its guests and employees. Hopefully, this one will be contained.