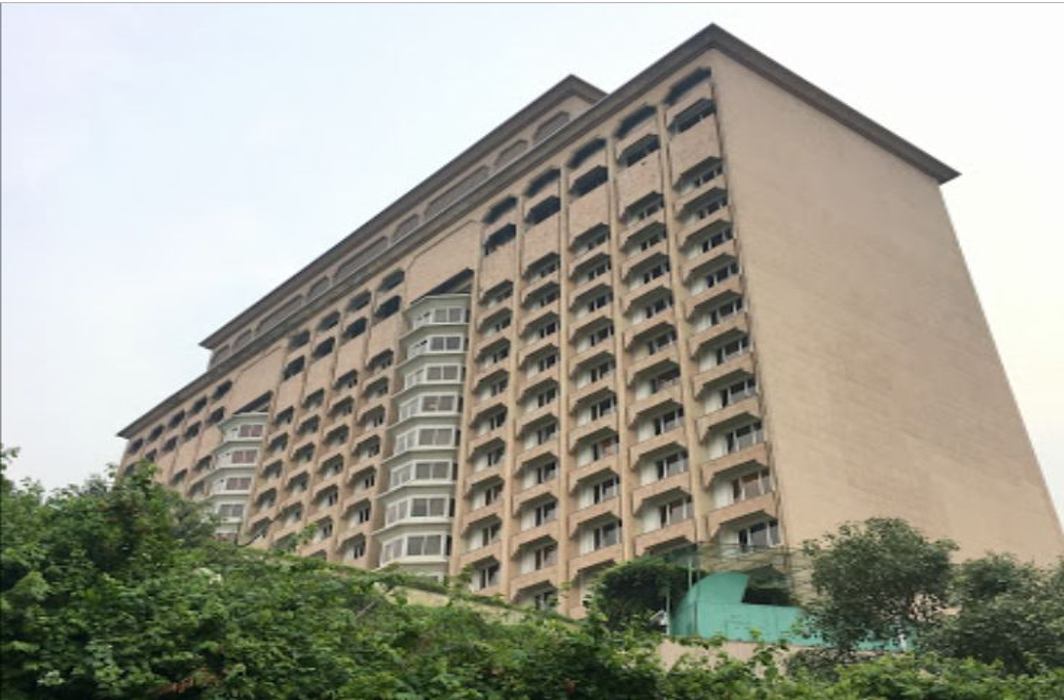 If the Tata Group fails to retain its flagship hospitality property, hundreds on its staff at the hotel could lose their job with the ITC Group bagging ownership

The five-star hotel situated on Mansingh Road in the heart of Lutyen’s Delhi, is the flagship hospitality property of the Tata Group in the national capital and has been under its ownership since 1978.

With the stage set for the much-awaited auction on Friday, the Tata Group will expectedly be keen to retain its flagship Delhi property. The stakes for Indian Hotels are high. If it loses the bid to ITC, it will not only lose ownership of its flagship hospitality property in the national capital, one which has become an iconic landmark in Delhi, but will also be compelled to lay off hundreds of employees who work at Taj Mansingh.

The New Delhi Municipal Council (NDMC), which currently runs the hotel jointly with Indian Hotels under directions of the Supreme Court, will make its fourth bid to auction the prime commercial property on Friday.

There are only two bidders in the fray – Indian Hotels and the ITC Group – to bag the 33 year lease for running the hotel. The NDMC had earlier set stringent norms for auctioning the property, which among other conditions required at least three contenders for the auction process to be executed. When the auction was first announced in January, Indian Hotels was the sole applicant which led the NDMC to cancel the auction process. On two subsequent occasions, with the ITC Group joined the bidding process along with Indian Hotels, the auction once again fell through for want of a third bidder. The NDMC was thus forced to relax the condition regarding the number of bidders to two instead of three.

The time granted by the NDMC to prospective bidders to submit their technical bids for the auction was from September 12 to September 20. “We are hopeful that, this time, the auction process will be carried out successfully. The earlier auctions failed to attract bidders as it’s an iconic property and only those with strong financial muscle will take part in the process. This was the primary reason for diluting the eligibility norms,” an NDMC spokesperson had said earlier this month.

In the event that the ITC Group succeeds in outbidding Indian Hotels, its travails will be daunting to say the least. The Tata Group, which has invested heavily in the property over the past three decades – including in the construction of the hotel, its maintenance, marketing and branding – may want to strip the hotel bare of its existing posh amenities. In such a scenario, ITC will not only have to invest heavily in human resource acquisition for running the hotel but also in its refurbishment and renewed branding – a herculean task that will prove to be a hurdle in the property turning profitable for both, the ITC and the NDMC, in the immediate future. As such, even the NDMC – which had contended before the Supreme Court and the Delhi High Court that the purpose of the auction was to enhance its revenues – may be staring at a revenue loss instead of incremental profits it had aspired for.

The auction of Taj Mansingh was first supposed to take place in January but proved to be a non-starter for want of technical bidders. The second auction, scheduled for June 19, too was scrapped and the Indian Hotels Company was the only bidder. The NDMC was third time unlucky a month later when only two bids — from ITC and Taj — were received.

A lease period of 33 years means that only very strong players can eye this property. It must be borne in mind that even when the matter of the auction was being heard at the Supreme Court and the Delhi High Court, presiding judges had told the NDMC that it must factor in the “unblemished track record of Taj Hotels” while executing the auction. Understandably, even the courts were aware that finding a prospective bidder who would be able to match up to the standards set by Indian Hotels would be a tall task for the NDMC.

The conditions for the auction, the NDMC claims, were set keeping this facet in mind. According to a report in the Business Standard: “The three-year average revenue required (from prospective bidders) is Rs 3.5 billion as compared to Rs 4 billion (as per the earlier bid conditions). Bidders can include financials of FY18 as well. The lease period, which was 33 years in the first two tenders, has not been changed. The bid security amount of Rs 250 million also stays unchanged. NDMC has retained most of the financial expectations from the property. The next operator will have to assure a minimum revenue share of 17.25 per cent and a minimum guarantee fee of Rs 29.64 million per month, with a clause for escalation. There is also an upfront non-refundable fee of Rs 533 million. NDMC seeks a performance security of Rs 355 million as well.”

Prestige issue for Tata Group and its Indian Hotels Company

The Taj Mansingh has been embroiled in controversy since 2011. The property was leased to Tata Groups’ Indian Hotels in 1978 for a period of 33 years. When the lease ended, NDMC was unable to revive the auctions as it was tied up in a legal battle with Indian Hotels.

Since 2011, Indian Hotels has been operating Taj Mansingh with nine temporary extensions. The civic body, since 2011, has made 23 attempts to sell the property.

Sources say that much of the stalemate in the auctioning process has emanated from a concerted bid by certain influential sections within the central government to ensure that Tata Group and its Indian Hotels Company doesn’t win the lease again. However, despite the setbacks, the Tata Group remains determined to continue with its control over the property.

Losing out to ITC would play out badly for the Tata Group as it would signal that despite its robust financials, the group failed to retain its most celebrated property in the national capital. The bad press for the staff layoffs that would undoubtedly follow in the event of ITC winning the bid will be as much of a PR nightmare as a personal setback for the group, which has a reputation of ensuring that its employees are well taken care of.