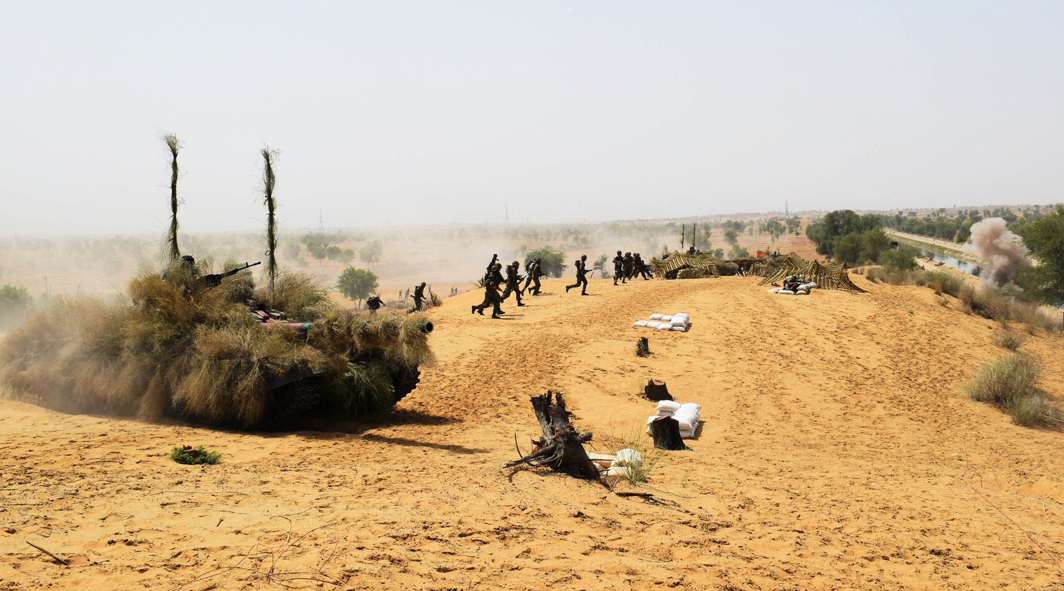 Above: The Indian Army during one of its operational exercises in Rajasthan. A US report says India is well-equipped to help Kabul in ensuring its border security. Photo: UNI

Dealing a blow to Pakistan’s claim of being a big brother to Afghanistan, a US Congressional committee has indicated that India, already being a regional partner to Afghanistan as well as a US’ defence partner, is well-suited to assist Kabul in its border security.

A government source revealed that a report attached to the National Defense Authorization Act, NDAA, 2018—this is a powerful Senate Armed Services Committee—said it thinks India can assist the government of Afghanistan to improve its security.

Not only that, the report has suggested that India can work on a trilateral basis with the US and Afghanistan. This clearly puts Pakistan out of the picture.

The US is worried that the Afghanistan issue has reached a stalemate and new avenues need to be sought in finding a possible resolution. The committee, headed by Senator John McCain, suggested that US should “leverage the capabilities of allies and partners to more effectively secure regional stability and security.”

The report not only said that India was a major defence partner of the US, it also accepted India as a “contributor to regional security,” and felt that the country has a critical role to play in this effort.

The Pentagon and the Trump Administration has praised India’s efforts in Afghanistan.