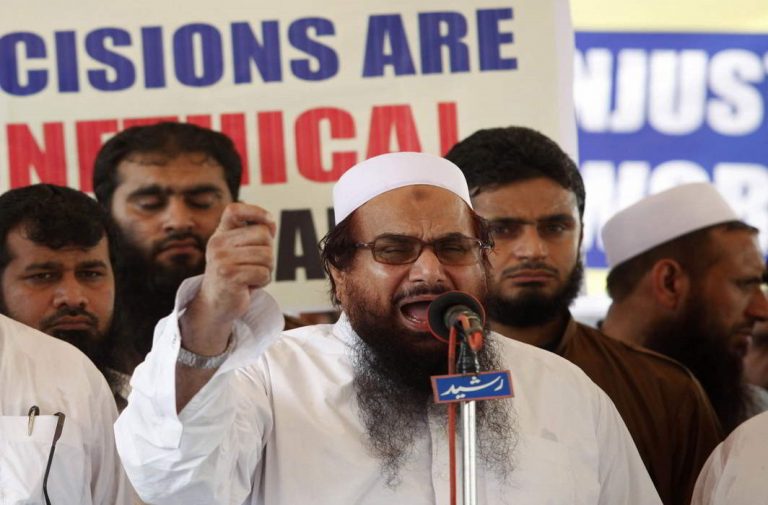 India has strongly expressed its disappointment on the release of 26/11 Mumbai terror attacks mastermind Hafiz Saeed. The Ministry of External Affairs, in a statement said that the move confirms Pakistan’s lack of seriousness to combat terrorism. The MEA also termed the move as an “attempt by Pakistani system to mainstream proscribed terrorists.”

The United States is also upset over Saeed’s release. Moreover, his release comes at a time when US President Donald Trump had been pressurising Islamabad for acting more against terrorists.

On Wednesday (November 22), exactly four days before the ninth anniversary of the deadly terror attacks, the Lahore High Court in Pakistan decided to set free Saeed. It is to be noted that it was the Lahore High Court Bar Association which had warned all the lawyers against defending India’s Kulbhushan Jadhav in court. The Association had unanimously put out a warning that whosoever will defend Jadhav, his membership would be cancelled.

Mumbai had witnessed multiple terror attacks on November 26 in 2008 which had resulted in 166 deaths injuring several others. The attack was undertaken by 10 terrorists who sailed to India from Karachi. The only surviving terrorist was Ajmal Kasab who was later hanged.

Saeed’s release order came after a review board headed by Justice Abdul Sami Khan of the Lahore high court on Wednesday (November 22) refused to extend the detention of the Jamaatud Dawa’s (JuD) chief. This was after a senior official from the finance ministry of Pakistan failed to convince the board that releasing Saeed would invite diplomatic and financial problems for the country.

Saeed was put under a 90-day house arrest in January, after which his detention was extended several times. His current house arrest is soon to expire on Friday (November 24). The Pakistan government had sought further extension of his house arrest arguing that his release would have an adverse effect on foreign funding to the country. The court, in response to this argument had asked the government to send an official and explain how releasing a single individual would affect the entire country.

Whereas Saeed’s counsel had contended that he was being put under house arrest to oblige the United States and it was against the Pakistan’s constitution and a violation of his fundamental rights. The government official later failed to convince the court.

“Concept of justice cannot be brutalised and terrorised in the name of fight against terrorism,” the High Court had said in its ruling. Saeed, was greeted by dozens of his followers outside the court after the verdict on Wednesday. The JuD chief also said that his release was the victory of truth and “a serious blow” to India’s demands. India had been demanding expeditious judicial proceedings against Saeed.