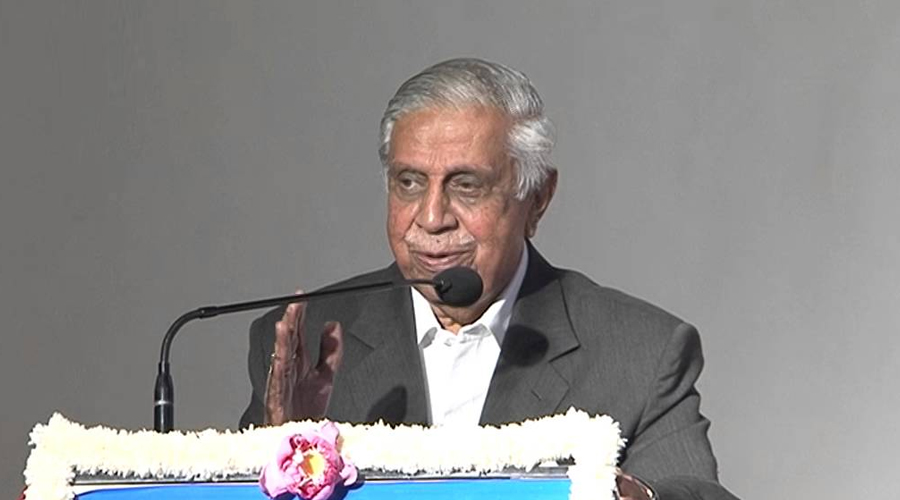 India Legal Chief Patron and former Chief Justice of India MN Venkatachaliah turns 91 on Sunday. A champion of human rights and values, his tenure as CJI was marked by efforts to reduce pendency in the courts. He is also known for giving his valuable suggestions as head of the National Commission formulated to review the working of the Constitution.  He remains the guiding light for India Legal imparting his wisdom on several issues concerning the Indian judiciary.

MN Venkatachaliah was born on October 25, 1929. He started practicing law in 1951 after completing his education in law from University of Bangalore.  He was appointed Permanent Judge of the High Court of Karnataka in 1975 and elevated as Judge of the Supreme Court of India in 1987. In February 1993, he became the Chief Justice of India. Justice Venkatachaliah retired in 1994 and continues to works for issues pertaining to human rights and anti-corruption.

He served as the Chairman of the National Human Rights Commission from 1996-1998. He is currently serving as the chancellor of the Sri Sathya Sai Institute of Higher Learning, Prasanthi Nilayam. Justice Venkatachaliah was conferred with the Padma Vibhushan, the second highest civilian honour in the country, in 2004 by the President of India for his contribution to Indian judiciary, which he has continued to serve even post retirement.

Despite serving the Indian judiciary at the highest order, Justice Venkatachaliah continues to maintain that the judiciary should not be treated as holy cow.  In an interview with MD, India Legal and Editor-in-Chief Rajshri Rai, Venkatachaliah stressed that the judiciary should be accountable for its actions and not be immune to criticism. He said a strong judicial system is paramount for a strong democracy.

Justice MN Venkatachaliah was all praises for India Legal in the interview and said it was playing a huge role in substantial leadership and it will contribute to making a better future. He said that critical analysis is the foundation of progress and India Legal should continue with its in-depth analysis of every issue without any bias.

In the interview, he playfully revealed the secret of his youth. He said prohibition from alcohol, and God’s blessings are responsible for it. We wish Justice MN Venkatachaliah a very happy birthday and hope he continues to mentor us in our journey at India Legal.