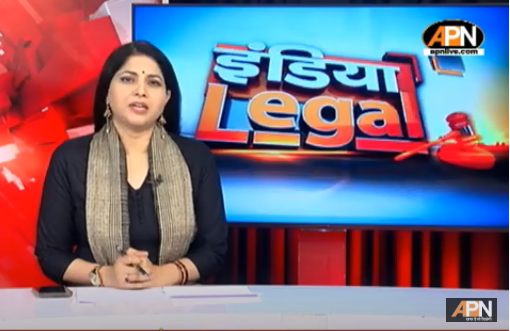 Court orders are two-dimensional documents. The discussion and debate over court orders forms the basis of the India Legal show on APN News channel, all of which was moderated by Editor-in-Chief Rajshri Rai. In 2021, we covered some major topics that showed up on the legal landscape. Here are a few:

A Plea for Justice?

Former Chief Justice of India Ranjan Gogoi’s provocatively titled memoir, Justice for the Judge, saw many up in arms at Gogoi’s attempt to repair his reputation over the sexual harassment charges levelled against him. With Gogoi giving TV interviews and irking some Rajya Sabha members over his low attendance, the former CJI’s return to with spotlight was dealt with in an in-depth discussion.

The International Human Rights Day was a time to take a look at issues of human rights violations and assess the role of the National Human Rights Commission and the draconian Armed Forces Special Powers Act. The show also came in the shadow of the killing of 13 Mon villagers in Arunachal Pradesh.

Former Supreme Court judge Justice Ashok Bhushan has taken over as the chairperson of the National Company Law Appellate Tribunal. He had retired from the Supreme Court this July. His vast experience and “welfarist and humanist” approach will be much needed at the tribunal. Earlier this year, APN channel and India Legal had organised a farewell function for Justice Bhushan after he retired from the top court. Several panellists spoke about his life and contributions as a judge.

The Aryan Khan drug case has once again raked up the bugbear of trial by media. Did media behave responsibly enough in reporting the case? Did it cross the lines of legal sanctity and ethical impropriety in its quest for ratings? Where the rights of the accused trampled by media blitzkrieg? Did media behaviour conform to the normative framework placed by courts in various pronouncements on trial by media?

A Menacing High: Illicit drugs have spread beyond Bollywood, metros to smaller towns

Drug abuse is not cool anymore. It has become a dangerous and life-destroying indulgence and young adults are being drawn into its vortex. The drug market in India has grown by 455% in the last three years and the Narcotics Control Bureau is fighting the menace with the NDPS Act.

Women in Black: Their dismal number in the judiciary can’t be overlooked

2021 is the 100th year of Indian women taking their first baby step in the judicial profession. This year also marks an effort to give a more equitable representation to women in the judiciary. Chief Justice of India Justice N.V. Ramana has called for 50% reservation for women in the judiciary. Is it possible and how? Are there sufficient numbers? Are women candidates meritorious enough? Will the judiciary be compromised by reservations? These were questions our panellists faced in the discussion.

Read full issue here: Women in Black: Their dismal number at all levels of judiciary can’t be overlooked

The Sunset Years: Senior citizens bear brunt of abuse, mistreatment from their own

It is a tragic fact that the elderly in India are facing an existential crisis. Increasingly, senior citizens are being physically and mentally dehumanised by their own, in their own homes. The truth is borne by surveys.

Roadblocks and solutions to police reforms

Despite a slew of police reform commission reports and Supreme Court directions, change is yet to come among officers and men in the police force across the country. APN News conducted an in-depth discussion on the issue of police reforms on its special show India Legal. A summary of the discussions:

Read the story here: Roadblocks and solutions to police reforms

August 31, 2021, saw the dawn of a new era for the Indian judiciary. Three women judges, along with six male counterparts, were sworn in at the Supreme Court by Chief Justice of India NV Ramana. This was significant as the representation of women in the judiciary has always been poor. By these appointments, the collegium has made a policy statement of sorts. APN news channel did an in-depth discussion on the topic of women in the judiciary, their problems and challenges.

The effort to fast-track the justice dispensation system has reached a crossroads. The trials of tribunals are no less than that of the fast-track courts (FTCs). Both have got entangled in a web of bureaucratic red-tapism and suffered policy mismatch and confusion. The legal experts did an in-depth discussion on the problems being faced by tribunals and FTCs.

Read the story here: The Tribunalisation of Justice