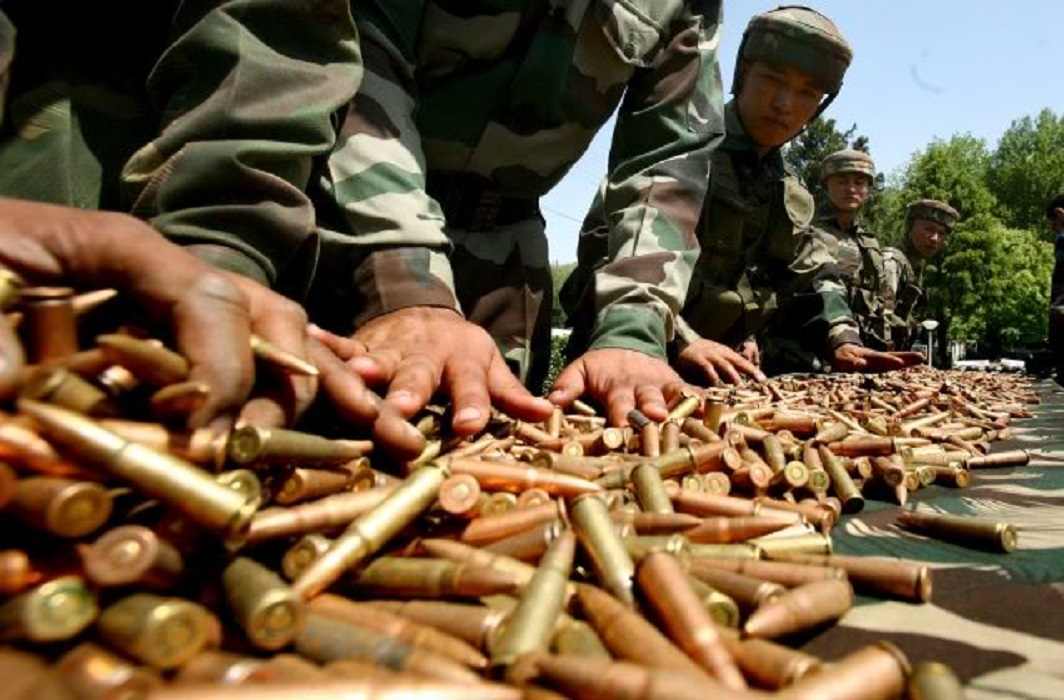 The Comptroller and Auditor General (CAG), in its report has highlighted the severe shortage of ammunition in the Indian Army—40 percent of the 152 types of ammunitions are insufficient to last even for 10 days of war and 55 percent of it, is below the Minimum Acceptable Risk Level (MARL). MARL is the minimum ammunition required to fight for 20 days.

The CAG also slammed the state-run Ordnance Factory Board (OFB) for inadequate quality of ammunition supplied to the Army since March 2013.

According to the government orders, the army is supposed to have ammunition for 40 days of intense war but the report shows that as of September 2016, only 20 percent of ammunition will last in a 40-day war.

The Indian Express report further said that according to the government orders in force, the army is supposed to have ammunition for 40 days of intense war fighting. However, the report shows that as of September 2016, only 20 percent, or 31 out of 152 types of ammunition, will last in a 40-day war.

“Further, the project itself did not achieve its objective despite an expenditure of Rs 49.50 crore,” the CAG observed.

Citing the ‘Ammunition management in Army’ report of 2015, the CAG said that despite serious concerns highlighted in the high-level report, no significant improvement took place in the critical deficiency in the availability of ammunition and quality of ammunition supplied by the OFB.

The report comes a few days after the government allowed the army to directly procure 46 types of ammunition to fight short and “intense wars”.