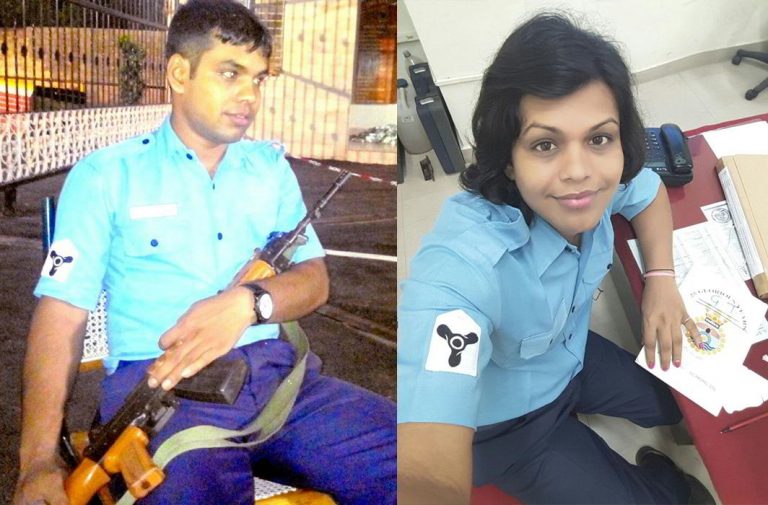 Manish Giri became Sabi using own money, but the engineer allegedly was mentally tortured within the establishment

The Indian Defence establishment is opening up to accept women in more proactive roles, including combat, and the Indian navy is no laggard in this aspect. New defence minister Nirmala Sitharaman has made it clear that women would be acceptable in fully commissioned positions slowly, including fighter combat pilots.

The India Navy itself, however, has refused to move from ancient ideas and perceptions about gender, it seems. Recently, a naval officer, a man called Manish Kumar Giri, had gone on leave for 22 days and had a gender reassignment operation with his own money that led to him becoming a woman. Now she goes by the name Sabi. When Sabi returned from leave and wanted to rejoin work—she (when she was a he) had joined the Marine Engineering department of the Eastern Naval Command at Visakhapatnam seven years back—she was promptly discharged, with the authorities saying her services were not required any more.

This has come at a time when, in the US, the government, through the Pentagon, has decided to pay an estimated $2.4 million to $8.4 million per year for gender reassignment treatments and surgeries for eligible soldiers.

A press release (see below) issued by the Indian Navy simply said the sailor decided to undergo the surgery “on his [her] own accord, whilst on leave wilfully altering his [her] gender status”. The release tried to explain that the discharge was on the grounds that the current rules and regulations of the Indian Naval Services do not permit the sailor to continue her services due to the altered gender status. There was no talk about whether this gender reassignment has affected her working capability in any way. The clause evoked in this is a strange ‘Service No Longer Required’.

The media has quoted a Navy source as saying that the Navy has approached the defence department of the government to intervene into an issue that has now become a public embarrassment for the Navy. There has been no reaction from the government so far on this.

Sabi, of course, will not be taking this decision of the Navy lying down, so to say.

She has told India Today: ”When they (the Navy) found out about my sex reassignment surgery, no one objected or discriminated against me. But it is “sad and worrying that a ‘man’ the Indian Navy deemed fit for the job of being a sailor has suddenly been declared unfit because of an organ change.”

Initially the Navy had indicated that Sabi would be accommodated, though in a somewhat different capacity. Sabi has been quoted as saying: “I used to work as an engineer and it required me to be on the ship. But my new identity of a woman has forced me to stay away from ship and work at the base.”

That was okay with her. But in August the discharge action was initiated against her and that was when she decided to take things in her own hand, as she had done while spending her own money in going through the sex change operation. This decision, too, was somewhat forced, as Sabi herself has revealed in an interview.  She had been diagnosed with Gender Identity Disorder, one that can cause severe mental distress in a person. She has said that she had approached naval doctors for help, but they had refused to help her. That forced her to take the final step on her own.

Not only did naval doctors turn away from her, according to her she was “mentally harassed and kept in a psychiatric ward for six months. They tried to prove me mentally unfit but they failed.”

She has now made up her mind about her future course of action. She has told India Today: “I am as much a citizen of India as any other male or female citizen of the country. I have the same rights as other enjoys. I can still pull the trigger of a gun and shoot the enemy, why am I not fit enough to serve my country? I will go to the Supreme Court if I have to and fight for my rights.”

The US is facing problems with executive orders in this regard. President Donald Trump has ordered that there will be no transgender personnel in the military, but the policies at the ground level have not changed. The establishment has shown enough spine in disregarding the President’s executive order, so far, and it does go against the very grain of humane behaviour within the defence establishment.

There are between 1,320 and 6,630 transgender troops in the active-duty force of 1.3 million, says USA Today, quoting a study for the Pentagon conducted by RAND Corp. The study estimates “that between 30 and 140 would like hormone treatment, and 25 to 130 would seek surgery.”

No such figures are available from within the Indian defence establishment, but with such large army, navy and air force, not considering the paramilitary, there is bound to be more instances and Sabi would, probably, set a precedent for all of them if she does go to court.