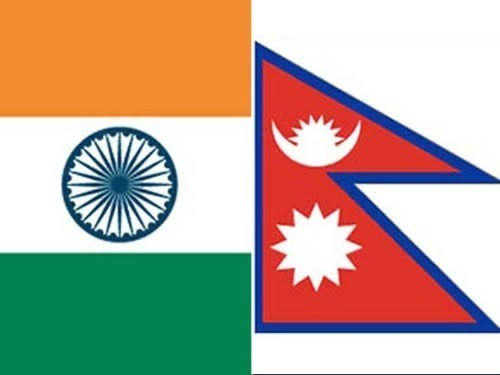 Nepal and India have shared a unique historical, religious, social, cultural and political relationship, while allowing the free movement of people across the boundary. The Countries have however had disputes over certain territorial issues.

A long-standing territorial issue regarding a patch of land near the Indo-Nepal border, Kalapani has now become an issue of concern between the two countries again. Kalapani is situated close to the Lipulekh pass on the India-China border and is one of the approved points for border trade and also the route for the Kailash-Mansarovar yatra in Tibet.

The dispute:  In November 2019, India had released a revised political map to include the newly created Union Territories of Jammu and Kashmir and Ladakh, and also included Kalapani as part of Pithoragarh district that both India and Nepal lay claim to.

On May 8th, India inaugurated the Darchula-Lipulekh pass link road across the disputed Kalapani area which is used by Indian pilgrims to Kailash Mansarovar.

Nepal expressed serious disagreement towards both these actions of the Indian government, and summoned the Indian Ambassador to Nepal, to convey a formal protest by handing over a diplomatic note to him to protest against the construction of a key road connecting the Lipulekh pass with Dharchula in Uttarakhand.

The Ministry of External Affairs responded by stating that the road lies completely within the territory of India. It follows the pre-existing route used by the pilgrims of the Kailash Mansarovar Yatra and under the present project, the same road has been made pliable for the ease and convenience of pilgrims, locals and traders. The Ministry also stated that India is committed to resolving outstanding boundary issues through diplomatic dialogue and in the spirit of our close and friendly bilateral relations with Nepal.

This move by the Indian government was followed by release of a new map by the Nepal government. Nepal’s Cabinet endorsed a new map in which it has included Lipulekh, Kalapani and Limpiyadhura in the territory of Nepal. initiatives.Nepal has also tabled a special resolution in Parliament demanding return of Nepal’s territory in Kalapani, Limpiyadhura and Lipulekh.

The government stated that the new political map has also been approved by Nepal’s Prime Minister and will also soon be publicised.

Last Saturday, the lower house of parliament in Nepal unanimously approved a constitutional amendment to update the map showing Kalapani, Limpiyadhura and Lipulekh, the areas claimed by India as part of its borders. India then issued a public statement describing Nepal’s move as untenable, stating that it breached the understanding between the two countries that its boundary disputes would be solved through dialogue.

The 2014 agreement: According to the Government of Nepal, the inauguration of the Link Road by India, connecting to Lipulekh, which passes through Nepali territory is an unilateral act that runs against the agreement reached between the countries in 2014. The agreement referred to is the agreement between Prime Minister Narendra Modi and the then Nepal PM Sushil Koirala in 2014 in which they had agreed that  Foreign Secretaries will work out the “outstanding boundary issues” on Kalapani , where Lipulekh lies and Susta.

The Treaty of Sugauli : India inherited the boundary with Nepal, established between Nepal and the East India Company in the Treaty of Sugauli in 1816. Kali river constituted the boundary, and the territory to its east was Nepal. The dispute relates to the origin of Kali The Treaty of Sugauli between British India and Nepal in 1816, maps the Makhali river as the western boundary with India, and defined Gandak as the international boundary between India and Nepal. However, discrepancy in figuring out the source of the river has been causing boundary issues between countries, since maps of both countries were showing different sources.

According to the Nepali government, Though India has always shown the disputed western pocket of Kalapani as being within its borders Nepali misgivings were apparently triggered by

The new map release by India has dropped the name of the Kali river, which is supposed to demarcate the natural frontier under the 1816 Treaty of Sugauli. While the Nepal government offered to discuss this issue, they did not receive any response from India.

Avulsion is the pushing back of the shoreline by sudden, violent action of the elements, perceptible while in progress. And Accretion is the process of growth or enlargement by a gradual buildup.

The Water Convention: Another aspect of international law that can be brought into this aspect is the Convention on the Protection and Use of Trans-boundary and International Lakes, which is an international environmental agreement under the United Nations Economic Commission of Europe (UNECE).

The purpose of the water convention is improvement of national attempts and measures for the protection and management of trans-boundary surface waters and groundwater. The parties to the convention are required to cooperate and create joint bodies for parties bordering the same trans-boundary waters.

Before the relationship between the two nations freezes any further, a significant move needs to be made to attempt to discuss the current situation amicably. Being silent now may become a major reason for the creation of uneasiness in both the countries. A strong attempt to ensure the future of bilateral relations between the two countries should be made by both India and Nepal. Remaining silent will only result in further conflict and displeasure amongst citizens of both the countries.

Did you find apk for android? You can find new Free Android Games and apps.
Share
Facebook
Twitter
Pinterest
WhatsApp
Previous articleContract Farming: Reaping What You Sow
Next articleSlew Of COVID related Directives From SC, HCs Keep Centre, State Govts On Their Toes