“Mediation was mentioned even in the Mahabharatha. We can bring disputes to an end through mediation and as far as possible, women should mediate to resolve disputes,” the CJI Ramana said. 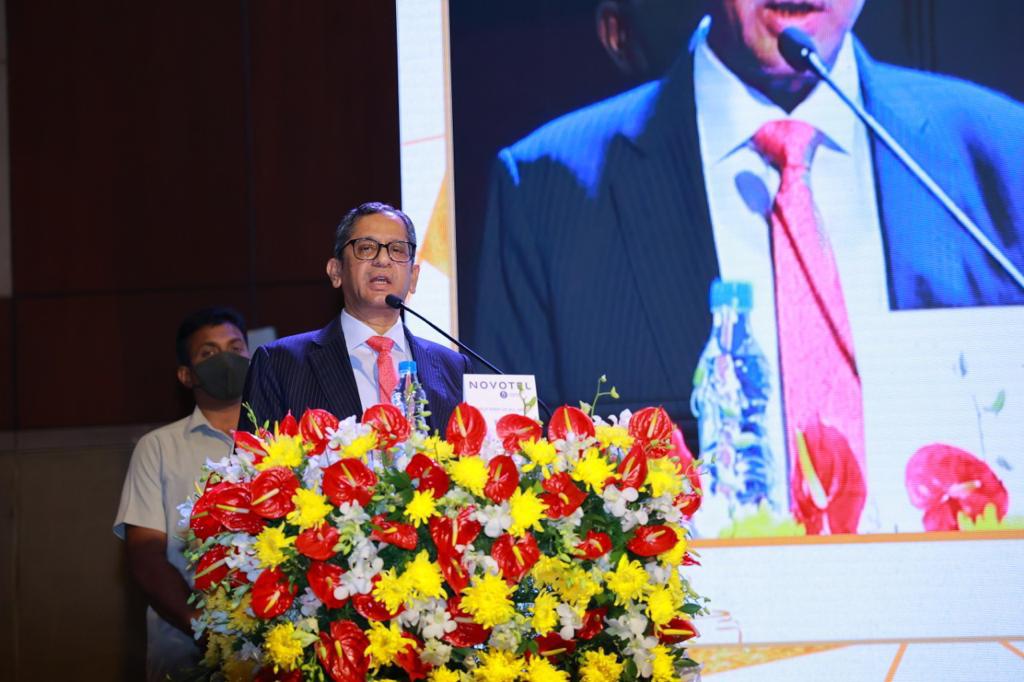 Chief Justice of India Justice N.V. Ramana on Saturday said a lot of problems can be solved with the help of mediation within a short time without approaching the courts.

Addressing the Curtain Raiser and Stakeholders’ Conclave of the International Arbitration and Mediation Centre, the CJI said a mutually acceptable solution was possible with extensive consultations and thus, unnecessary delay due to court proceedings can be avoided. Approaching courts should be the last step to solve the problems, he said.

Stressing on mediation, the CJI said one should try to resolve disputes through mediation before approaching the courts and stated that solutions could be found in less time through mediation. The distribution of assets should be settled amicably by the family members and thus, avoid wasting time running around the courts for years, he said.

In his inaugural address of the mediation centre in Hyderabad, the CJI also emphasised the need for speedy disposal of pending cases in different courts. He also said that Hyderabad was the right place for the establishment of the International Arbitration and Mediation Centre.

“Mediation was mentioned even in the Mahabharatha. We can bring disputes to an end through mediation and as far as possible, women should mediate to resolve disputes,” the CJI Ramana said.

The CJI also said Lord Krishna attempted mediation between Pandavas and Kauravas and the failure of mediation led to disastrous consequences. A small difference of opinion may lead to a big conflict and even a big conflict can be resolved by understanding, he said.

Telangana Chief Minister K. Chandrasekhar Rao, who also spoke at the event, said mediation was part of the country’s dispute resolving system in different forms like panchayats for several centuries where village heads have been playing a vital role in resolving disputes. The industries were facing conflicts for various reasons and they can be resolved through arbitration, he said.

On behalf of the government and the people of Telangana, Rao thanked CJI Ramana for his support in the establishment of IAMC in Hyderabad and for attending the event and addressing the legal fraternity. Around 25,000 sq ft has been allocated for the temporary accommodation of IAMC and land would be allotted soon in Puppalaguda for construction of a permanent building, Rao said.

Law Minister A. Indrakaran Reddy, IT and Industries Minister K.T. Rama Rao, and Telangana High Court Chief Justice Satish Chandra Sharma, along with judges of Supreme Court of India as well as High Courts of Telangana and Andhra Pradesh, legal luminaries and others participated in the inaugural session.