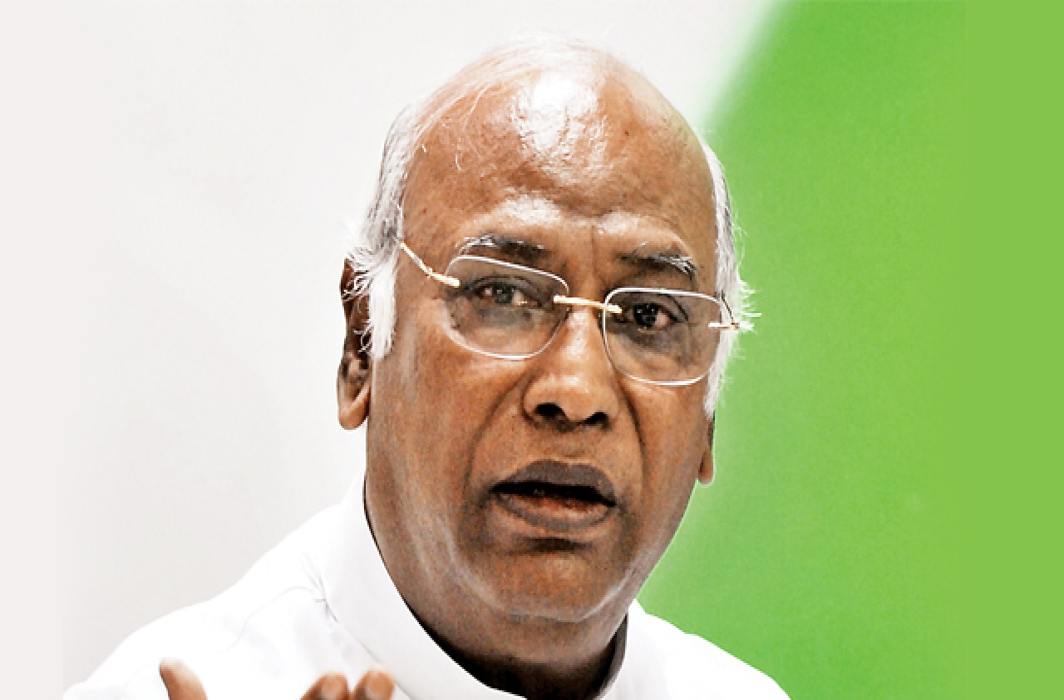 While the Supreme Court has pulled up the BJP-led central government for delaying the process of selecting a Lokpal and asked for an affidavit on the efforts made by it towards appointing the ombudsman, the Congress has decided to boycott the meeting of the Lokpal Selection Committee.

Mallikarjun Kharge, leader of the Congress party in the Lok Sabha, has communicated to Prime Minister Narendra Modi through a letter that the Centre’s decision to invite him for the panel’s meeting scheduled on Thursday (March 1) as a special invitee was one that was to fulfil a “mere paper formality rather than seek any meaningful and constructive participation.” Kharge has informed the Prime Minister that he will not be attending the meeting as the “special invitee” status would not allow him to contribute to the discussion over the appointment of the anti-corruption watchdog.

In a letter to Prime Minister Narendra Modi, Kharge has said that a special invitee invitation is a concerted effort to exclude the voice of the opposition in Lokpal selection.

As per the Lokpal and Lokayukta Act, 2013, only the leader of the opposition in Lok Sabha is a member of the Selection Committee and since Kharge does not have that status, he is not a part of the panel. Apart from the Prime Minister, Thursday’s high-powered meeting will be attended by Chief Justice of India Dipak Misra and Lok Sabha Speaker Sumitra Mahajan.

“A special invitee invitation is a concerted effort to exclude the independent voice of the opposition altogether from the selection process of the most important anti corruption watchdog,” Kharge said in his letter to the prime minister. He added that this negates the letter and spirit of the Lokpal and Lokayukta Act, 2013.

Kharge said that if the government is serious about the appointment of the anti-corruption watchdog, it must bring an ordinance in the shape of an amendment bill, which he also sent along with his letter. He alleged that while the Government has brought out amendments in other Acts to replace the Leader of Opposition to leader of single largest party in opposition, it has not done so in the Lokpal Act.

“My mere presence as special invitee without rights of participation, recording of my opinion and voting would be a mere eyewash, ostensibly aimed at showcasing the participation of the opposition in the selection process,” Kharge said in his letter.

The meeting of the Lokpal Selection Committee was convened after the February 23 order of the Supreme Court which had ticked off the centre for the delay in appointing the ombudsman. The Centre had then told the apex court that the selection panel will be meeting on March 1 following which the government’s department of personnel and training was directed by the Supreme Court to file an affidavit by March 6 detailing the steps taken to ensure the appointment of the ombudsman.

Kharge has alleged that the conduct of the Modi government only seeks to diminish the spirit and objective of appointment of Lokpal. “May I say that such myopic actions belie the spirit of nation building, more so while constituting an institution like the Lokpal. A more apt and statesman like conduct is expected from the prime minister of the country,” he said in his letter.

“Let me also remind you (PM) that on December 18, 2014, a bill to amend the lokpal act, 2013 on similar lines was brought for substituting ‘leader of opposition’ with the ‘leader of the single largest party’. I understand that even the select committee of Parliament had put its seal of approval on the amending bill, yet the government has failed to introduce and pass it,” he said.

The Congress has alleged that the lokpal bill continues to “languish in the cold storage for want of appropriate intent, commitment and objectivity” on the part of the government.

The UPA government passed the lokpal act in 2013 and brought it into force on January 16, 2014 but the BJP government had chosen to not appoint a lokpal for nearly four years, he said.

“To anyone familiar with the BJP government’s record in not establishing and preserving the office of the lokayukta in Gujarat, this would not come as a surprise,” Kharge said.

He was referring to the long tussle that the state government, then led by Modi, had with the governor over the appointment of anti-corruption watchdog.

“In these circumstances, I must respectfully decline the invite as special invitee to uphold the inviolability of The Lokpal Act, 2013, as the current proceedings have reduced a sacred procedure to a political pretence,” he said.

After a delay of almost 50 years, Parliament in 2013 – during the tenure of the Dr Manmohan Singh-led UPA government – approved a law to create the watchdog to look into charges of corruption against senior public functionaries. However, after the Congress was reduced to just 44 seats in the Lok Sabha and failed to get one of its MPs nominated as the Leader of the Opposition as its strength did not constitute 10 per cent of the Lok Sabha’s total strength – the basic requirement for nominating a leader of opposition. In the absence of a Leader of Opposition, the Modi government did not constitute a Lokpal Selection Committee as the Lokpal Act requires the presence of LoP, Lok Sabha in the selection panel.