A new Sircar has Trinamool Congress in a spell

With great depth and expertise in MSMEs, Jawhar Sircar would have served the party better in Bengal than in the Rajya Sabha, where it already has heavy-hitters. 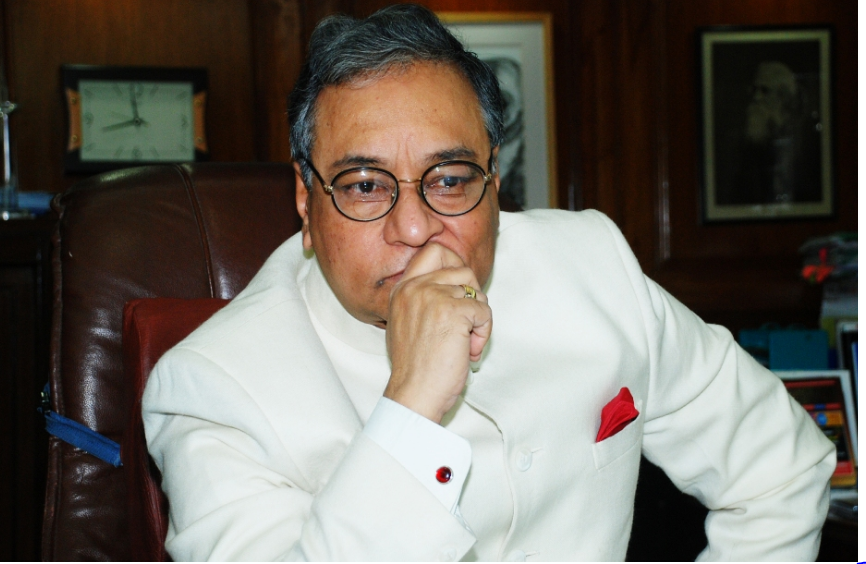 Jawhar Sircar, the former CEO of Prasar Bharati, is the Trinamool Congress’ (TMC) nominee for the upcoming Rajya Sabha bypoll. He is expected to fill the vacancy left by the exit of Dinesh Trivedi, who has joined the BJP. West Bengal Chief Minister Mamata Banerjee wants the former civil servant to use his decades of experience in dealing with the Capital’s affairs, especially in critical ministries, to help the party get a better toehold, before launching into the 2024 general elections build-up.

So far so good, but does it stand to reason that just because Sircar has been an ardent critic of the Narendra Modi government, he will also be able to deliver political googlies in Parliament? Will he be a better person for the job than former BJP insider and ex-finance minister Yashwant Sinha, or, even more interestingly, Mukul Roy? Roy will take a while to shrug off the Vibhishana tag, but Sinha might have added a solid presence.

Ex-bureaucrat Sircar’s voice was most audible during the recent stand-off between Mamata and Modi at a cyclone relief meeting in Bengal, where senior IAS officer Alapan Bandopadhyay had to bear the brunt of the Prime Minister’s ire, because he missed the meeting. But that could not have earned Sircar enough goodwill for this important post.

Most importantly, Sircar is an acknowledged expert in the development of MSMEs of the country. In 2006, he was called to Delhi and promoted to Additional Secretary and Development Commissioner for Micro, Small and Medium Enterprises (MSME). That was introduced through an Act of Parliament. He has immense experience, as well as a fond space in his heart for the sector. In fact, he is known as the pioneer of ‘Cluster Development’, with knowledge and experience in grassroots financing (at the micro level) of these small units that make Bengal’s base.

Bengal leads the country in micro industries. The tradition has come down through decades, through family-owned units, and while the current dispensation at the Centre is keen on multi-billion dollar industries, it is not lost to even a fool that India is built on agriculture and small enterprises. Over 70 percent of its industrial workforce is employed there, that is the only sector capable of providing sustenance to unskilled and semi-skilled labour in large numbers.

Hence, while it has been made out that there is a political imperative to have Sircar over at New Delhi, there is an economic and human imperative to keep him in West Bengal and give him the responsibility of reviving industries, bring in new ones, rejuvenating demand, at least within state boundaries. There needs to be large government projects that can create the demand.

Frankly, Sircar could have provided able networking support for West Bengal without actually living in New Delhi. Technology has advanced enough to enable that. Plus, Sircar, on occasions, has become a bit too involved, almost personally, in issues that require a more diplomatic approach. Political solutions are transient, and every politician knows it. Administrative solutions tend to be more permanent in nature.

Frankly, the state of West Bengal cannot leave a strong physical imprint in any field politically, if its economic base remains weak. As for Mamata’s national ambitions, a lot of attention has now to be paid to the Uttar Pradesh elections, even before the general elections. UP will help iron out or reject a lot of alignments, and to this end a Prashant Kishor is more relevant than Sircar. Also, whatever the public face of the personal relationship between Yashwant Sinha and his son Jayant Sinha, a BJP leader, the very fact that in a recent development the standing committee on finance, chaired by Sinha Junior, has come out against bank privatisation, provides a toehold that the likes of a Yashwant Sinha could have used. This view is pretty much aligned with TMC’s.

What is Sircar’s opinion on this? He has said in a recently published interview: “They (the TMC) say we want a strong voice against the Modi government. Because after I resigned from Mr Modi’s administration, I have been a bitter critic, not just for the sake of being a critic, because bureaucrats are trained to be tolerant and trained to keep their mouths shut. But I could not keep my mouth shut because I saw one disaster after another… Demonetisation is one of them.”

He says he wants to bring out the hidden truth in issues and prides himself in being an “extreme critic.” At the same time he also admits to being emotional.

While one can argue that Yashwant Sinha is possibly in the same boat, vis-a-vis the TMC, as Mukul Roy, both having defected, and hence may not enjoy the full confidence of Mamata, one cannot but recall BJP’s Bengal unit Vice-President Joyprakash Majumder’s comment. He said that Sircar was a staunch detractor of the Centre and “lacks balance”.

Who are the other TMC MPs now in the Rajya Sabha?

–      Subhasish Chakraborty is another hard-talking but a less impressive lawyer;

–      Shanta Chhetri is a TMC activist and represents the hills of Darjeeling, an area the BJP’s Raju Bista is incumbent Lok Sabha MP from;

–      Md Nadimul Haque is allegedly a journalist, but a somewhat more active politician;

–      Mausam Noor is a hardcore politician and former Union minister ABA Ghani Khan Choudhury was her uncle (she has also been a member of the Lok Sabha);

–      Derek O’ Brien is a former journalist and quiz master, but now a high-profile spokesperson of the TMC (his second tenure at the upper house ends on August 18, 2023);

–      Dr Santanu Sen was a pretty established doctor before diving into politics. He was the person who snatched the papers on the Pegasus scandal from the hands of the IT minister Ashwini Vaishnaw in the Rajya Sabha, tore it and threw it towards the deputy chairman;

–      Subrata Bakshi is a lawyer, a hardcore politician, a former MLA and a former TMC minister.

Technically, many of these are able men/women, quite capable of presenting the TMC’s strong viewpoints in the Rajya Sabha. If the TMC needs another spokesperson, Sircar surely can handle that with aplomb, but for that he need not be an MP.

Logic says Sircar would have been more useful within state boundaries.