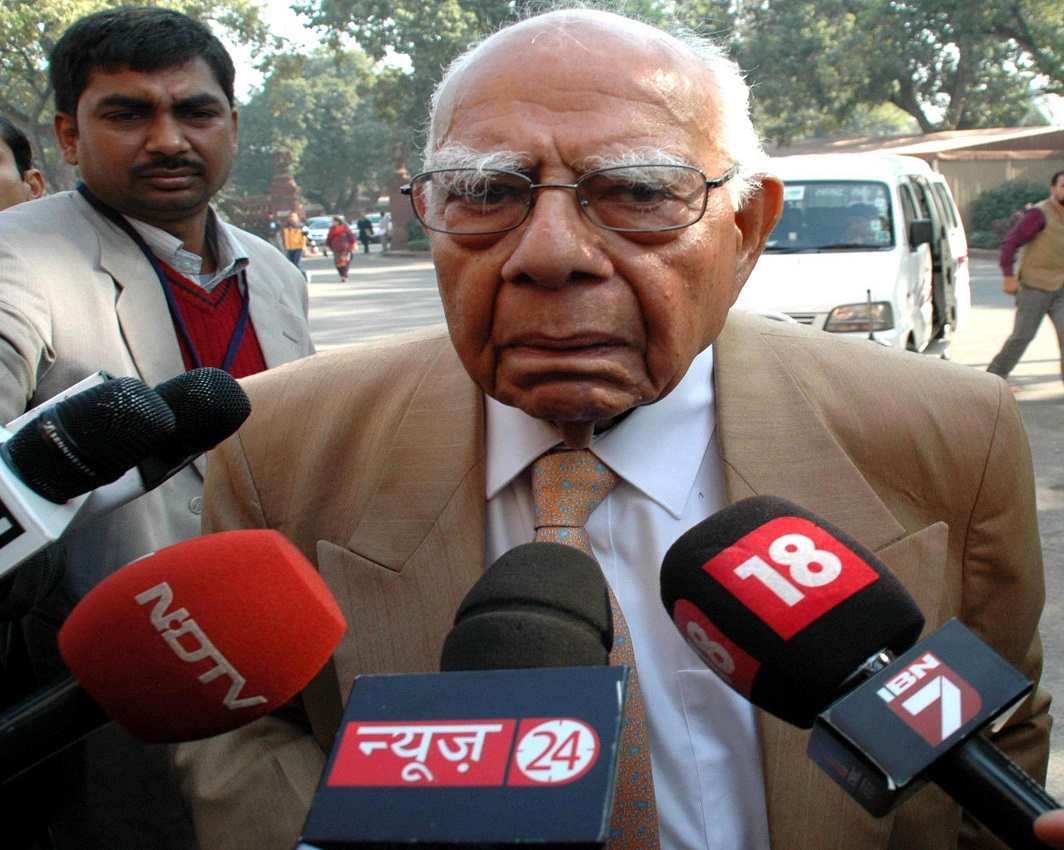 Senior advocate Ram Jethmalani continued with his cross examination of finance minister Arun Jaitley in the civil defamation case filed by the latter against Delhi CM Arvind Kejriwal and other AAP leaders.

Jethmalani started the cross examination by referring to an article written by him.

Jethmalani to Nayar: “Please have some courtesy.”

Nayar: “I don’t need to learn any from you.”

Jethmalani: “Then you will never learn it in your entire life.”

Jethmalani to Nayar: “You are constantly interrupting me.”

Jethmalani: “Do you have any idea of the article?”

Jethmalani: “Do I have to show this man the relevancy?”

Jethmalani alleged that Jaitley had ensured that the article was not published.

Nayar: “This is most scandalous.”

Jethmalani continued with his allegation.

Arun Jaitley’s lawyer again objected, pleaded for the court to intervene and invoke Section 151. He then explained Section 151.

Later he mentioned Section 152 which says that the court may forbid questions.

Jethmalani, however, disagreed. He said: “It is relevant in a suit for damages. I am to show that this man is a crook.”

Arun Jaitley: “If this is coming from the client, I am entitled to aggravated damages.”

Jethmalani: “Who the hell are you?”

Arun’s lawyer: “This statement made by defendant?

Jethmalani: “This is mine to the best of my personal knowledge.”

Arun’s lawyer: “You have lived a life of personal malice.”

Jethmalani reiterated that his statement calling Jaitley a crook was made with his client’s (Kejriwal) consent.

He also said that the damages filed by Jaitley were aggravated (inflated) and wanted his statement to be recorded.

Jethmalani: “Take my statement that he received instructions.” He then started grilling Jaitley’s counsel on the article.

Nayar: “He is asking the question 100 times. Please stop insulting me…this is the last time I am taking this from you.”

Jethmalani: “I cannot work under such circumstances. May I request you (court) to record that they are objecting to my questions. In a defamation suit, I am entitled to question. I will show that he is guilty.”

Arun’s lawyer: “You are doing all this for publicity. Go to gate number 5 and give a byte.”

Jethmalani: “I am entitled to show it to the public and the court.”

Jethmalani: “I will with respect differ from the court when it says that the issue of article is not needed.”

Court: “Whatever observations come, you can please challenge them.”

The defendant’s counsel requests the matter to be adjourned.

Matter finally postponed to July 28 and 31.